I had the privilege to meet Elisabeth in Warsaw last month at the Organization for Security and Cooperation in Europe’s (OSCE) Human Dimension Implementation Meetings. The Center for Security Policy states:

For the last decade, a civil society delegation led by Austrian patriot and freedom fighter Elisabeth Sabaditsch-Wolff has attended ODIHR [OSCE Office of Democratic Institutions and Human Rights] meetings to express concerns that especially European countries were potentially unwittingly facilitating these Sharia-compliant practices, to their great and increasingly obvious detriment.

Elisabeth is a powerful advocate for freedom. The ECHR ruling on her case bears grave implications for everyone worldwide who supports freedom and genuine human rights. Elisabeth sent me her statement on the ECHR ruling this morning. We owe her much gratitude and support for her fight for the freedom of speech, the hallmark of democracy:

On Thursday, 25 October the ECHR ruled that my conviction by an Austrian court for discussing the marriage between Prophet Mohammed and a six year old girl, Aisha, did not infringe my rights of freedom of speech.

I was not extended the courtesy of being told of this ruling. Like many others, I had to read it in the media.

The ECHR found there had been no violation of Article 10 (freedom of expression) of the European Convention on Human Rights and that right to expression needed to be balanced with the rights of others to have their religious feelings protected, and served the legitimate aim of preserving religious peace in Austria.

In other words, my right to speak freely is less important than protecting the religious feelings of others.

This should ring warning bells for my fellow citizens across the continent. We should all be extremely concerned that the rights of Muslims in Europe NOT to be offended are greater than my own rights, as a native European Christian woman, to speak freely.

I am proud to be the woman who has raised this alarm.

I am also optimistic. Since giving my seminars in Austria in 2009, we have come a very long way.

Ten years ago the press labeled me a “confused doom-monger” and I was compared to Osama Bin Laden. Now, Islam is being discussed in every sphere of life and people are waking up to the reality of a culture so opposed to our own.

The cultural and political threat posed by Islam to Western societies is now widely recognized and discussed. It is fair to say European society, as well as the political realm, is undergoing an enlightenment, as it is more awake than ever to the need to defend our own Judeo-Christian culture.

I believe my seminars in 2009, and subsequent work have contributed to strong push back against an Islamic culture which is so at odds with our own. And note with interest that only one sentence out of 12 hours of seminars on Islam was a prosecutable offense. I assume the remaining content is now officially sanctioned by our Establishment masters.

It is obvious to me that public education and discourse on the subject of Islam can have a fundamental and far-reaching impact, even if our state or supra-national authorities try to stifle or silence it, in order to appease a culture so foreign to our own.

This fight continues. My voice will not and cannot be silenced. 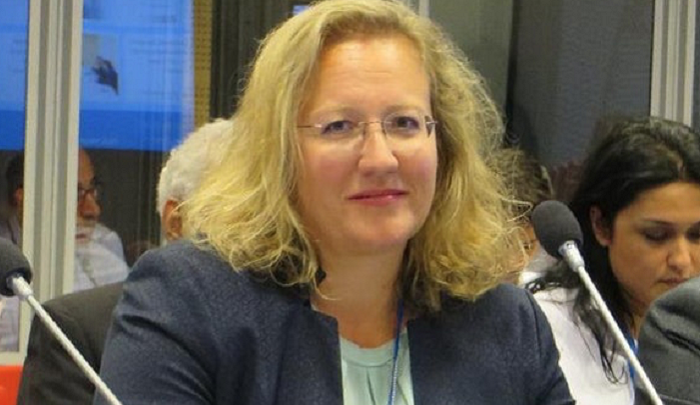