The hijab is not what it is, it is portable seclusion and it empowers women. It is the freedom sack after all:

“The hijab does not symbolize suppression, oppression, or silence. Rather, it is a guard against degrading remarks, unwanted advances, and unfair discrimination,” one pamphlet, titled “misconceptions about Islam,”reads.

Modern feminism is a far cry from what it used to represent.
.

The suffragettes fought for true female equality by securing the right to vote for women. Today, the priorities for feminist “activists” are very different.

Fictional issues like “manspreading” by men on the subway or the wage gap mythtake precedence over real female oppression. Nowhere is female oppression more prevalent than in Islam, the largest human rights violator of women worldwide.

However, a recent event at a university in Florida held an event attempting to whitewash the harmful ideology of Islam in a drastic way. [T]he University of Miami recently hosted a “hijab-a-thon” as part of Islam Awareness Week. Organizers of the event encouraged fellow students to try on and wear hijabs around campus.

The Muslim Student group displayed headscarves on a table set up outside of the university center and passed out literature pushing back on the reality that many Islamic cultures are among the most oppressive in the world for women.

“The hijab does not symbolize suppression, oppression, or silence. Rather, it is a guard against degrading remarks, unwanted advances, and unfair discrimination,” one pamphlet, titled “misconceptions about Islam,” reads. This feminist defense of the hijab as some kind of empowering garment fails to mention the women that are forced to wear it in Iran or Saudi Arabia, or else face death or imprisonment.

This video explains perfectly why the left should be fighting for oppressed Muslim women—but isn’t.

When one student decided to stage a counter-protest, the university went out of its way to defend the hijab-a-thon, stating that the University of Miami, “supports the upcoming Islam Awareness Week,” and that they were, “disappointed to learn” that some students were taking offense to the event.

More on the Freedom Sack Revolution:

Oklahoma: Hamas-linked CAIR enraged as judge dismisses Muslima’s lawsuit over having to take off hijab at courthouse

#NoHijabDay campaign fights against Sharia propaganda, stands for women who are brutalized for not wearing hijab 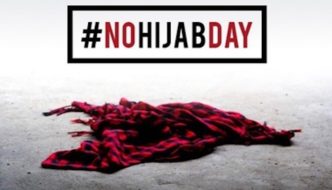 This is a most welcome and much-needed initiative. The women who indulge in virtue signalling every year by donning a hijab on World Hijab Day have never shown any concern for the victims of the enforced hijab.

The country with one of the worst human rights records in history, where women are oppressed, which still enforces the death penalty, carries out public executions and has even been known to crucify people – yes, literally – is about to make judgement on New Zealand’s human rights record. 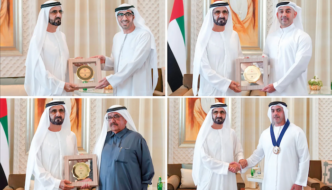 In the ‘Islamic Republic of Iran’ people are killed for being homosexual. After all, this is what the Koran tells observant Muslims to do. Will our LGBTIQP StormTroopers and the lunatic left organise a protest and call the mullahs homophobic?

No. These moonbats will rather slander us as ‘islamophobic’ for pointing out what Islam does to people.

One Nation candidate Mark Latham has got behind Pauline Hanson’s calls to ban the burqa, labelling the Islamic garment as ‘sexist, anti-social and silly’.

WTF is “controversial” about that?

The former Labor leader, who joined up with right wing One Nation in November last year, argued that voters in NSW had become ‘very worried’ about the issue and that it was time to follow the lead of nearly a dozen countries worldwide who have banned full face veils. 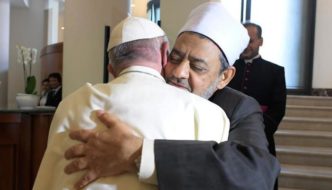 UAE: Singer on trial for insulting Islam — for pointing at a mosque with her left hand

UAE: Muslima held in stabbing of US teacher also left bomb at home of American doctor

Dutch soccer team trains in UAE, leaves star player behind because he is Israeli“We the noble citizens of the UAE are ashamed to see singers, dancers and bling-bling whores coming here to spread their filth in our country”

UAE: Australian woman raped by Muslim gang, then jailed for having sex outside of marriage

Dubai: British tourist gets into argument over Taliban, finds himself charged with insulting Islam, Muhammad 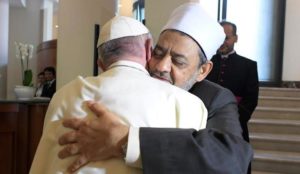 One thought on “All(-ah) hail the liberating Freedom Sack, (Down With Misconceptions!)”