More than 10.000 Germans have been killed by Mohammedan invaders since the country allowed these savages to settle in the seventies.

Muzzled by Google in Hungary

The big social media platforms are not only censoring right-wing opinions, but they are interfering in the elections as well.

Since Hungary has openly resisted the Islamic invasion, it has been under pressure from all sides: EU institutions, the globalist mainstream media of the West, and social media platforms have been attacking the country.

The major Hungarian Counterjihad site Dzsihádfigyelo has been under increasing pressure for several years from the international tech giants. Its resistance to Islamization is considered acceptable within the Hungarian milieu — which allows complete freedom of the press — but it violates politically correct norms west of the Iron Curtain.

Far left ‘Human Rights Watch’ is very upset that Greek law enforcement officers at the land border with Turkey in the northeastern Evros region are summarily returning illegal Muslim asylum seekers and migrants and not treating them very nicely while they are illegally in Greece.

(Last I heard, Turkey isn’t persecuting its Muslim population, nor is it a war-torn country from which people are trying to escape. Greece is not obligated to give them asylum or anything else, and is right to send them back) 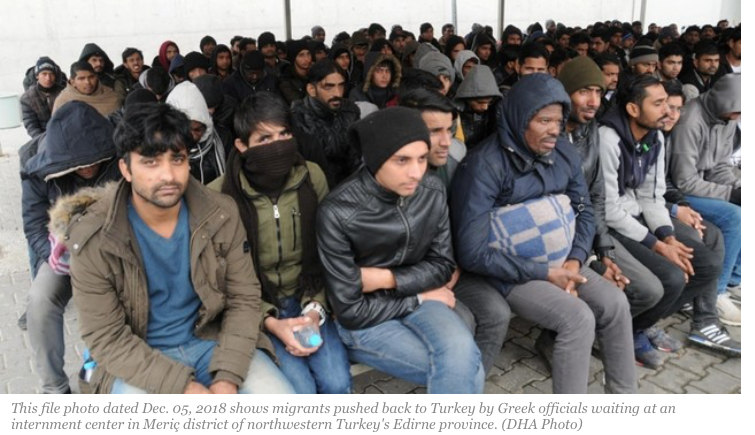 HRW “People who have not committed a crime (But they DID commit a crime by breaking into Greece) are detained, beaten, and thrown out of Greece without any consideration for their rights or safety,” said Todor Gardos, Europe researcher at Human Rights Watch.

“The Greek authorities should immediately investigate the repeated allegations of illegal pushbacks.” (Pushing back illegal aliens is every country’s right)

One thought on “Murders, censorship & coverups”