In the last two weeks, Robinson spectacularly embarrassed the BBC by exposing the bias and dishonesty of its reporter John Sweeney. The retaliation has been swift and severe: Robinson has been banned from YouTube and Facebook, and now his book has been withdrawn from sale.

Our sworn enemies must  not be angered, no matter what the cost:

How did they breach her rights? By stopping her for questioning. In that case, my rights have been breached in several airports, but no one is giving me a big payout. This is the same court that ruled that criticism of Muhammad is not subject to free speech protection. 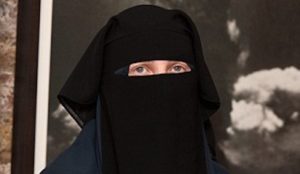 The wife of an Al Qaeda chief had her human rights breached by UK airport police, European judges have ruled.

The establishment media and Hamas-linked CAIR really want this jihadi back in the U.S., but there isn’t any real evidence that she has had any kind of change of heart. 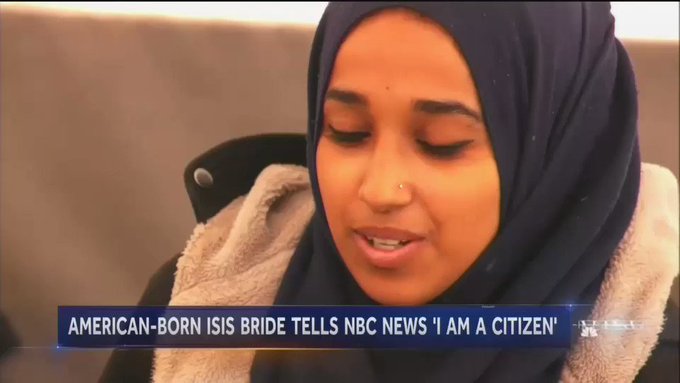 Video: The treasonous ISIS bride has been such a sympathetic figure in the liberal media, but there’s one clip that needs to be shown more – When NBC’s Richard Engel asked her about a tweet calling on people to carry out terror attacks on Memorial or Veterans Day, she goes silent

ISIS Bride Who Wants To Return To U.S. Is Asked About Her Tweet Urging People To Slaughter Americans,” by James Barrett, Daily Wire, March 5, 2019:(thanks to JW)