Only a Mohammedan would think that genocide is “reasonable”. The genocide of the Armenians was a Christian Genocide conducted by moslems — and history is repeating itself. Erdogan: Armenian Genocide Was a ‘Most Reasonable Relocation’

It is beyond time to expel the Turks and their terrorist leader Erdogan from NATO.

Turkish Muslims, who are Sunnis of the Hanafi “school”, are spiritual brethren of Syria’s Arabs, most of whom are also Hanafi Sunnis. The latter helped the Ottomans in the World War One genocide of Armenians, Assyrians, and other non-Muslims. And the Sunni Arabs of Syria helped ISIS in the Syrian civil war, murdering their non-Muslim neighbors and taking their land, property, and their womenfolk. (More below the fold). 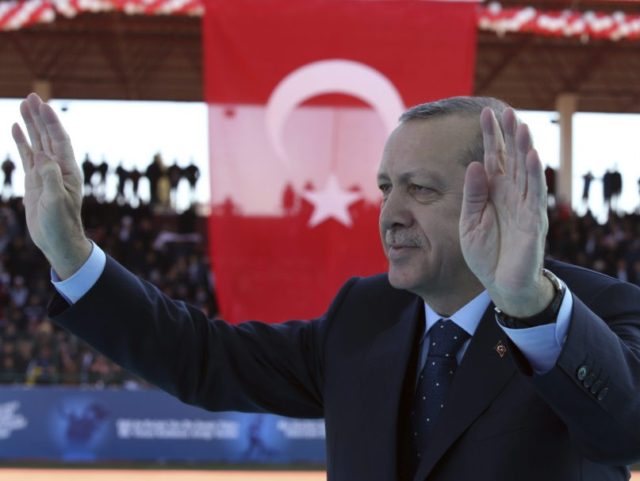 Turkish President Recep Tayyip Erdogan this week justified the Armenian genocide, arguing that deportation of the Christian group by the Ottoman Empire in 1915 that ultimately led to mass killings was “reasonable.”

April 24 is the anniversary of the genocide, when much of the world honors the over 1.5 million Armenians killed between 1915 and 1923. The Ottoman Empire also ethnically cleansed Turkey of Assyrians and Greeks in that time. Turkey has yet to apologize for the killings or even acknowledge them as a genocide, and its government condemns those who do.

The forced removal of the Armenians was among the various drastic measures the Ottoman Empire took against the group that ultimately resulted in genocide.

The relocation of the Armenian gangs and their supporters, who massacred the Muslim people, including women and children, in eastern Anatolia, was the most reasonable action that could be taken in such a period. The doors of our archives are wide open to all seeking the truth. President Erdoğan: “One of the issues about which we proudly proclaim the truth to the whole World thanks to our archives is the Armenian issue.

We see that those who attempt to lecture us on democracy and human rights over the Armenian issue themselves have a bloody past.” 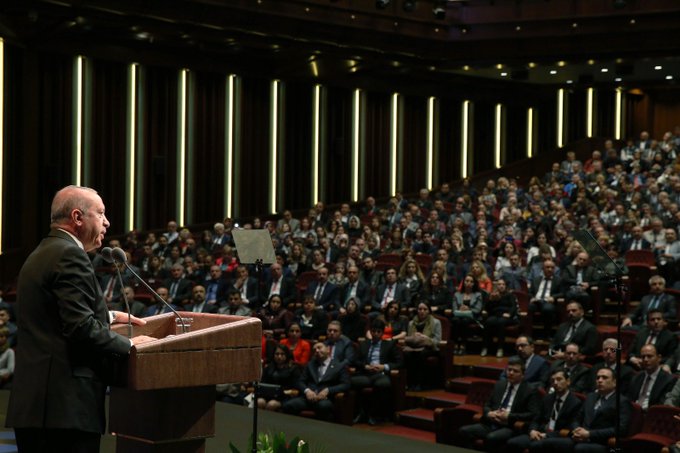 Armenians maintain that a genocide campaign at the hands of Ottoman forces executed 1.5 million ethnic Armenians from 1915 to 1923 in Anatolia, the heartland of present-day Turkey. Turkey claims the deaths took place in battle after the Christian group sided with an invading Russian army.
.

While Turkey denies the genocide, it acknowledges the forceful displacement of a large number of predominantly Christian Armenians, Assyrians, and Greeks in 1915, Al Masdar News points out.

In addition to the Armenian genocide, “the Ottoman Empire carried out the deportation and genocide of an estimated 750,000-1,000,000 Assyrians (Seyfo Genocide) and Greeks,” it adds.

Some American cities – including Los Angeles, which is home to one of the largest Armenian communities in the United States – also marked the genocide acknowledgment day on Wednesday.

Thousands of people reportedly took to the streets in Los Angeles to demand U.S. President Donald Trump officially recognize the genocide, which he described as a “mass atrocity” in a statement.

In the U.S. capital, Armenian-Americans marked the genocide anniversary outside the Turkish embassy, accusing Ankara of supporting the Islamic State (ISIS/ISIL), which continues with its campaign to annihilate the Christian faith despite the complete demise of their so-called caliphate in Iraq and Syria last month.

Protesters in Washington, DC, urged the international community to recognize what some described as the “Armenian Holocaust.”

Despite a push from the American Congress, the United States still does not recognize the genocide.

According to an Armenian genocide-focused online organization, only 28 countries have officially recognized the mass executions as “genocide.”

Of all the dumb wars the US has fought over the years, you would think it could have got around to a smart one, like taking back Turkey from the Muslim invader and to ‘reasonably relocate’ them to some Middle Eastern desert from where they can never return.