The title for this “anti-extremism tsar” is already a sick joke, but denying that returning Islamic headchoppers do not present a clear and present danger for the indigenous Swedes is perfidious. 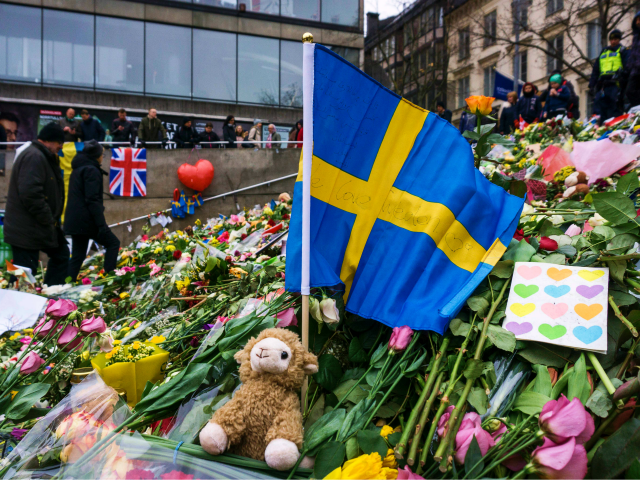 The capital’s anti-violent extremism co-ordinator, Christina Kiernan, made the claim that jihadists who had come back from Syria and Iraq were now living “orderly lives” following public anger over the government’s decision not to strip people who fought for radical Islamic terror groups of their Swedish passports.

“The IS returnees we have talked to so far have no known current crime, they have a job and an orderly life to the extent that we do not have knowledge of activities that can in any way scare anyone,” she insisted during an appearance on TV4 this week.

“So they are returning from this type of business and becoming caring, well-behaved citizens?” After Five presenter Tilde de Paula asked the Stockholm official to confirm.

“That is the experience of the people we have talked to,” Kiernan said, before admitting that “so far [this number] is only a few”.

Around half of the 300 militants the Swedish Security Service (Säpo) estimates left the Scandinavian country to fight in the Middle East are believed to have travelled back to Sweden, however a survey conducted in December revealed that local authorities had lost track of most of the returnees.

According to a new investigation, one in three ISIS fighters in Sweden committed serious crimes after coming back from the Middle East.

Commenting on the news, terrorism expert Magnus Ranstorp said the research highlighted the “deep culture of silence” in heavily migrant-populated areas of Sweden, with many residents unwilling to speak to police or other officials over issues regarding Islamism and returning jihadists.

As previously reported by Breitbart London, Ranstorp urged authorities to keep a closer track of returnees, warning that — with a “totally different threshold of violence” compared to the population at large and deadly skills acquired while fighting for the terror state — the government should do more to prosecute these potentially “extremely dangerous” individuals.

Stockholm city council’s suggestion that ISIS members have returned to live in Sweden as law-abiding citizens from whom the country has nothing to fear was also contradicted somewhat by an investigation by public broadcaster SVT last month, which found that one in three returned jihadists have committed serious crimes since travelling back from the Middle East.