Let’s welcome “the cubs of the caliphate” 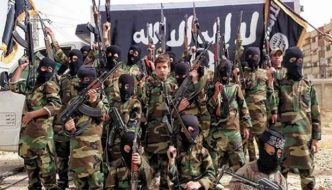 In Western culture, orphans are to be taken in, nurtured and socialized to be productive citizens. It is the humanitarian thing to do. With regards to Islamic State children, however, authorities have no clue what to do. These children are likely to be 14 conditioned Islamic State little war machines. Authorities have no idea about whether it is even possible to deprogram them or to integrate them, and they can offer no assurances to the public that these children will not seek out jihadists within their own community. Known as “Cubs of the Caliphate,” Islamic State children are trained to “use weapons and sent out in combat. Counter-terror experts are concerned about the risks posed by such vulnerable children.”

“The move comes amid fears of a fresh wave of attacks as jihadists return from Syria and radicalised prisoners are released from jail.”

An Islamic State defector who was interviewed by researchers from the International Center for the Study of Violent Extremism revealed that the Islamic State “plotted to send terrorists into the US through the border with Mexico to attack the financial system” and “cripple the economy.”

Two Muslim men — an activist turned Shariah mortgage seller and an Islamic cleric who sold his Islamic seal of approval on such mortgages — were acquitted on Friday of a dozen criminal charges by an Ontario Superior Court judge who validated aspects of Sharia law in reaching her decision. Justice Jane Ferguson described the trial as a “huge learning curve in Islamic finance.”

But what happened to the declaration by Ontario Premier Dalton McGuinty, on September 11, 2005, that “there will be no Shariah law in Ontario”?

Senegalese children forced to beg by their Qur’an schools Over 100,000 young Senegalese children studying at Quranic schools have been forced into begging for their own food and money for their teachers according to new estimates from human rights organisations, Human Rights Watch and Protection of Human Rights (PPDH).

One thought on “‘There will be no sharia law in Ontario’”