Muselmaniac Who Stabbed Tourists Wanted to ‘Protect the Prophet Mohammed’

Afghani accused of stabbing two American tourists in Holland says he went there to “protect the Prophet Mohammed.”

Jawed Santani, a 20-year old Afghan, told a judge during a hearing in Amsterdam on Monday that he “came to the Netherlands to protect my prophet,” adding that he was “planning to kill unfair and cruel people, those who make it possible for the Prophet Mohammed to be insulted,” the Daily Mail reported. 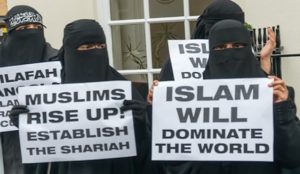 “They see Islam as a way to return to the family model of their grandparents, but being more valued than their grandmothers, because, in Islam, the role of mother and wife is sacred and recognized by allah.”

Some ’emancipated’ western females can’t wait to don the hijab once they get involved with a Mohammedan.

At least there’s no more uncertainty. Everything’s determined by the quran. 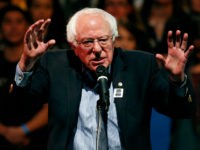 Sanders: Climate Change Deniers ‘Should Not Be in Congress’

That’s right. Off to the gulag’s with those who deny “the science” of world communism. Scary that so many young Americans take this lunatic seriously.

My Asperger’s is a superpower: Thunberg

She can smell the carbon & the CO2 & she knows that we all gonna crash & burn in 12 years, or something…

Ms Thunberg’s supporters say that opponents who reject mainstream climate science are engaging in “autism bashing” of the schoolgirl in an attempt to discredit her ideas. Patrick Moore, a former Greenpeace activist who claims that there is no scientific basis for climate change, has described her as a puppet with a mental disorder who is being abused by her parents, and likened her and her allies to the Hitler Youth.

Attacking a child for having autism is as outrageous as exploiting one for political purposes.

Ms Thunberg is an “adult-exploited empty-headed child” who is “ignorant, maniacal and is being mercilessly manipulated by adult climate bedwetters funded by Putin”.

Delingpole: London’s Anti-Democracy Brexit Protesters Have No Idea What Fascism Actually Is 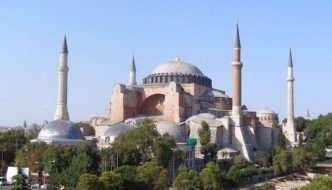 Salon: “Istanbul’s Hagia Sophia famously switched from a Christian church to a mosque in 1453”

“Istanbul’s Hagia Sophia famously switched from a Christian church to a mosque in 1453. The same sort of conversions have been taking place in Buffalo’s East Side.”