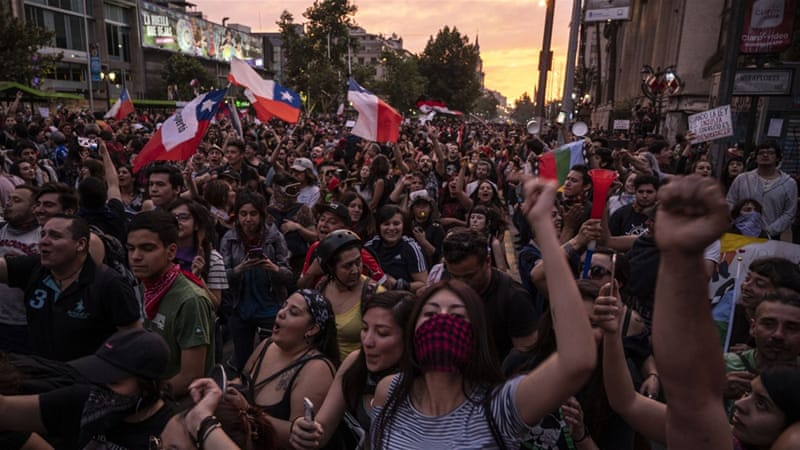 Chile’s Pinera calls on ministers to resign amid protests

Chilean president says he will end controversial state of emergency on Sunday.

How come no European politician threatens Erdogan that we will send him millions of Turks who are currently hauled up in Europe?

Who is triggered by black pumpkins? “German” runs his wife down with car & chops her up with an axe:

Turns out the perp is not German at all, but a Tunisian cultural enricher who somehow managed to settle in Germany. He stalked & beheaded his former wife who lived under protection because he had tried to kill her before, but the media reported only ‘cuts to the head’.