The dishonesty of the ‘Islamophobia’ debate

‘Islamophobia’ is being used by sly Islamo-agitprops like Sayeeda Warsi to shut down criticism of Islam.

Curry princess Sayeeda Warsi, a long-time critic over the issue of ‘Islamophobia’, has written a piece in the Guardian, venting about how utterly appalled she was by the event’s ‘content and conduct’, adding that it made her ‘sick to [her] stomach’.

If Warsi had her way,  she would chill our ability to criticise aspects of Islamic belief, practice and history, as well as our ability to report on the actions of jihadists.

Islamoprops like Warsi suggest that criticising Islam is, in effect, racist.

‘[R]ecourse to the notion of free speech and a supposed right to criticise Islam results in nothing more than another form of anti-Muslim racism, whereby criticism humiliates, marginalises, and stigmatises Muslims’, it says.

“Australians Muslims – and people of minority faiths more generally – need a form of recourse to challenge those who openly vilify them,” they say. …

The usual suspects.  Making a mockery of everything.

The Australian Federation of Islamic Councils, representing Muslim communities across the nation, said it was sounding the alarm over a rising tide of Islamophobia. …

The perversion of the lingo gives the game away: if you say things Muslims don’t like to hear, you have it coming. You deserve it. The report sheds light on “Islamophobic terrorism and the impact of anti-Muslim discourse upon human rights, multiculturalism, and the state of law in Europe.”

The Mohammedans will not be satisfied unless all ‘man-made’ laws are replaced by the sharia.

The narrative here is really twisted. The Daily Mail scribblers make it sound as if this was something out of the ordinary, as if this was not basic Islam 101.  The reality is that these are deeply held beliefs that are hardwired into the brains of each & every Moslem. A young boy at a Syrian refugee camp told a visitor that he wants to join ISISand announced that he hopes to kill ‘infidels’.

Talking cheerfully to a stranger, the boy revealed that he aspires to be an ‘inghimasi’ or suicide fighter.

The boy told the visiting journalist that he would target him if he was a ‘kafir’ or non-believer but promised not to kill the newcomer if he is a Muslim. 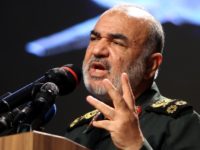 Wow. That was easy, wasn’t it? The Indonesia military is carrying out acts of violence and terror against an innocent and unarmed population, say West Papuan activists.

In an attempt to cover up its actions, Jakarta has expelled foreign journalists from its provinces of Papua and West Papua, continuing a long history of isolating the region from the outside world.

It also imposed an internet blackout on the region.