And nobody wants to acknowledge that all of this is completely sanctioned by Islam.

A female Islamic State member on trial in Germany is accused of keeping two women and a young girl as slaves while living with her jihadi husband in Syria.

Sarah O., who travelled to Syria to join the radical Islamist movement when she was 15, is now on trial at the Higher Regional Court in Dusseldorf, charged with being a member of a terrorist group, German tabloid Bild reports.

The British capital,  mismanaged by the insufferable MuBro operative Sadiq Khan, is listed as the top of the chart for the largest amount of cocaine consumption, 23 kilogrammes per day, a number more than the three other highest cocaine-consuming European cities combined. #Venezuela has been elected to the UN Human Rights Council. pic.twitter.com/MHufWRquiq

What? WTF? ‘Bolivia’s election could lead to a ruthless ‘elected dictatorship.’

Morales, a former coca-growers’ leader of Indian descent, has turned Bolivia’s democratic institutions into a joke.

We fully support Titania & encourage all young women to go hiking in Pakistan. What could go wrong? 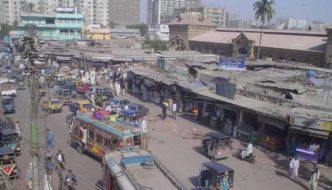 What Were They Thinking? Forbes Encourages Women to Travel Solo to Pakistan