‘Death to the Islamic Republic’: Hundreds of Iranians Take Streets Against Regime 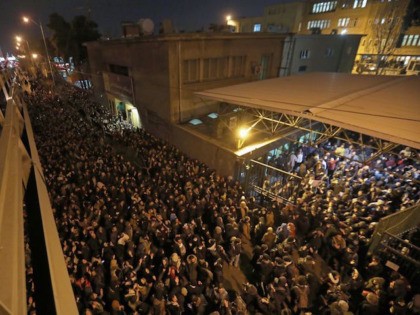 The Iranian government’s admission on Saturday that it shot down a Ukrainian commercial airliner triggered widespread protests nationwide attended by hundreds chanting slogans against the regime and the former head of its foreign terrorist organization, Qasem Soleimani.

Britain’s ambassador to Tehran was arrested and held in Tehran during demonstrations today and then released.

‘DEATH TO LIARS!’: Iranians Turn On Ayatollah, Demand Resignation Over Shot Down Plane

Funny how they don’t blame President Trump for the plane being shot down, but the Democrats and the media do.

This is what happens when a society is disarmed. The government eats you. https://t.co/fIR30MSAtl