No atrocity, no mass-murdering terrorist, no FGM, no hate-spewing imam has anything to do with Islam. Not ever. The taqiyya is meant to protect the religion & the kafirs abide by Islamic law: Islam must never be questioned.

Texas: Son of Muslim who murdered daughters denies it was honor killing, says ‘Religion has nothing to do with it’ 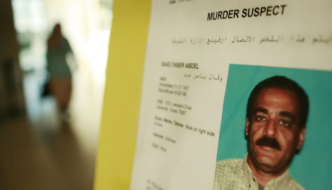 Texas: Son of Muslim who murdered daughters denies it was honor killing, says ‘Religion has nothing to do with it’

Islam Said, a son of Yaser Said, who murdered Islam’s two sisters Amina and Sarah on January 1, 2008, denies that the killings were honor murders or had anything to do with Islam. “It’s something else. Religion has nothing to do with it.”

Yet Islam Said has now been arrested in Texas along with his father. If this wasn’t an honor killing, why would he go on the run with his father and help him hide for all these years? Why wouldn’t he have the normal human reaction of thinking that what his father had done in murdering his sisters was abhorrent, and turn his father in to authorities? Did Islam Said’s commitment to the religion of Islam override that natural human reaction and make him think that what his father had done was good and praiseworthy?

For despite media denial and obfuscation of the fact, honor killing is something that many Muslims believe to be good and in accord with their faith. According to Islamic law, “retaliation is obligatory against anyone who kills a human being purely intentionally and without right.” However, “not subject to retaliation” is “a father or mother (or their fathers or mothers) for killing their offspring, or offspring’s offspring.” (Reliance of the Traveller o1.1-2). In other words, someone who kills his child incurs no legal penalty under Islamic law. In this case the victim was the murderer’s daughter, a victim to the culture of violence and intimidation that such laws help create. That is why Muslims commit 91 percent of honor killings worldwide. The Palestinian Authority gives pardons or suspended sentences for honor murders. Iraqi women have asked for tougher sentences for Islamic honor murderers, who get off lightly now. Syria in 2009 scrapped a law limiting the length of sentences for honor killings, but “the new law says a man can still benefit from extenuating circumstances in crimes of passion or honour ‘provided he serves a prison term of no less than two years in the case of killing.’” And in 2003 the Jordanian Parliament voted down on Islamic grounds a provision designed to stiffen penalties for honor killings. Al-Jazeera reported that “Islamists and conservatives said the laws violated religious traditions and would destroy families and values.”

Also connected to the Islamic aspect of the story, and evidence that these were honor killings, is the fact that Yaser Said was enraged that Amina and Sarah had non-Muslim boyfriends. The Dallas Morning News reports below that “Sarah said her father had threatened her older sister when he learned that she had a boyfriend, saying he’d put a bullet through Amina’s head.”

Twelve years ago, the Dallas Morning News was more courageous and honest. Back in January 2008, it reported that the girls’ mother Patricia had said (regarding Amina) that “since they are Muslim that the daughter was only allowed to date other Muslims. Yaser had found out she went on a date with a non-Muslim and became very angry and threatened her with bodily harm.”

Yet now Patricia is playing dumb: “She had no idea where Said was, and, despite public speculation about a motive, she doesn’t know why the sisters were killed.” We can only hope that police will not take her claim at face value, and thoroughly investigate whether Patricia had any role in Yaser being able to evade capture for twelve years. For note this: Patricia “divorced Said in 2009 and had converted to Islam after her daughters’ deaths, said in 2011 that she didn’t know why Said had killed Amina and Sarah but that he thought they were overly Westernized.”

This is a woman who admitted in 2008 — after her husband had killed their two daughters — that her husband had threatened to kill one of her daughters for dating a non-Muslim. Then, after that, she converted to Islam. What kind of a mindset could Patricia Owens Said possibly have had that would have induced her to join the religion that seems to have played a role in leading her husband to murder their daughters? Could it have been because she was in touch with Yaser and was signaling her acquiescence to and approval of his act? Will investigators look into this possibility, or would that be “Islamophobic”?

Probably the latter. Irving police Chief Jeff Spivey says “This man brutally murdered — shot to death — his two daughters in his taxi cab. What led him to do that, I think at this point to us, is irrelevant.”

No, sir. It isn’t irrelevant at all. It could shed important light on the behavior of Islam Said, and on the question of whether or not Patricia Owens Said were involved in his twelve years as a fugitive. Also, knowing exactly what happened in this case could help authorities prevent such honor killings in the future. Will you, Chief Spivey, consider such issues, or allow political correctness and fear of the Leftist mob curtail and deform your investigation? 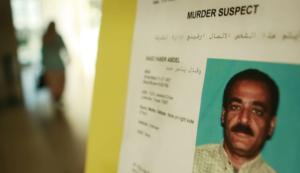 Yaser Abdel Said, a 63-year-old man who is suspected of killing his two teenage daughters in Irving more than a decade ago, has been captured, authorities announced Wednesday.

Said had been on the FBI’s Ten Most Wanted Fugitives list since 2014 in connection with the shootings of 18-year-old Amina Said and 17-year-old Sarah Said on New Year’s Day 2008.

He was taken into custody Wednesday in Denton County, police said.

Two of Said’s relatives — his son, Islam Said, and his brother, Yassim Said — were arrested in Euless, accused of helping him to elude arrest.

Matt DeSarno, special agent in charge for the FBI Dallas field office, said Yaser Said was “compliant and quiet” when he was arrested in the city of Justin. He declined to provide details about how Said was traced there, crediting “good old-fashioned, aggressive, initiative-based police work” for the arrest.

Authorities suspect other people aided in harboring Said through the years, DeSarno said.

Patricia Owens, mother of the victims and Said’s former wife, was relieved at the news.

“All I can say is there’s going to be justice,” Owens told The Dallas Morning News on Wednesday night.

She said the last 12 years were a nightmare for her family. She had no idea where Said was, and, despite public speculation about a motive, she doesn’t know why the sisters were killed….

There was widespread speculation, rooted in Said’s Muslim faith, that the sisters were shot in an honor killing — a practice in some cultures where men kill female relatives who are thought to have brought shame upon their families.

The victims’ brother, Islam Said, then 19, disputed the notion: “It’s something else. Religion has nothing to do with it.”…

Islam Said — the brother who now stands accused of sheltering a fugitive — asked after the killings that anyone who saw his father turn him in.

DeSarno said authorities will work to determine where Said has been for the last 12 years — but the “most significant priority now, though, is the prosecution for the capital murder of his daughters.”…

Asked about the theory that the sisters were slain in an honor killing, Spivey said those two words shouldn’t be used together.

“This man brutally murdered — shot to death — his two daughters in his taxi cab,” Spivey said. “What led him to do that, I think at this point to us, is irrelevant.”

In 1998, the girls accused Said of sexually abusing them, and their mother swore in an affidavit that the allegations were true.

A judge in Hill County, south of Fort Worth, dropped the charges several months later when the girls recanted, saying they didn’t want to attend school in rural Covington and hoped to live with their grandmother.

But allegations that Said was controlling and quick to violence never went away.

One friend told The Dallas Morning News that Sarah said her father had threatened her older sister when he learned that she had a boyfriend, saying he’d put a bullet through Amina’s head.

Another friend said Amina came to school with welts on her body, and one time said her father had kicked her in the face after he found notes from a boyfriend.

Owens’ sister, Connie Moggio, told a reporter that Said once shot out Owens’ tires to prevent her from leaving their home.

On Christmas, just a week before the slayings, the sisters, their mother and their boyfriends fled the state after Said learned about the sisters’ relationships. They rented an apartment under another name in Tulsa but returned to Lewisville on New Year’s Eve.

“What prompted her to go back home is beyond me,” Moggio said of her sister…

Owens, who divorced Said in 2009 and had converted to Islam after her daughters’ deaths, said in 2011 that she didn’t know why Said had killed Amina and Sarah but that he thought they were overly Westernized.

“He would say things like, ‘They’re becoming too American,’ ” she said.

At the time, she was still afraid of Said returning to kill her.

But she said she had one question for her ex-husband if she saw him, after she turned him in: “Why and how could you do that?”

“A father should kill his erring daughter,
Control is supreme: the sanction — slaughter.”