Islam isn’t in crisis. The West is.

Paul Joseph Watson proposes a radical new solution to the Islamic terror being waged against the citizens of France. Drop the virtue signaling and stop importing terrorists.

At this point, it wouldn’t solve the problem. But at least it would slow the rate of escalation.

No one who knows the first thing about history or Islam could seriously believe that massive Islamic immigration will result in assimilation rather than prolonged violent conflict.

Weakness invites attack. Nothing could be weaker than a society rotted through with moonbattery. Liberalism made it inevitable that Islam would resume its 1,400-year-old war of extermination against the West. 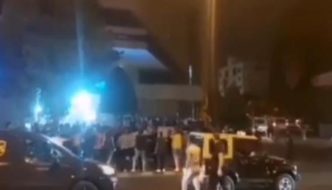 In Nicosia, that is. Nicosia is the part of Cyprus under Mohammedan occupation.

There have been roughly 11,000 arrivals to the Canary Islands this year, compared to 2,557 arrivals during the same period last year, IOM statistics showed.

Why would negroes from Senegal set sail for Europe?