Remember: creepy Joe said Antifa is ‘just an idea’. As if on cue, FBI boss Wray said the same.

They are the enemy of civilisation. They must be taken out before they annihilate us. The alternative is too horrible to contemplate. 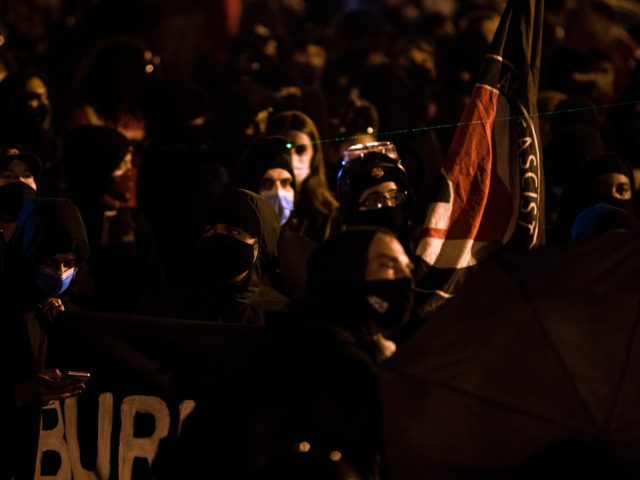 Antifa protesters shouted chants of, “No Borders. No Walls. No U.S.A. at all,” during a demonstration in Denver, CO, on Wednesday evening.

One sign held by marchers read, “DEATH to FASCISM AND the LIBERALISM THAT ENABLES IT.” Another had the message, “DEATH TO FASCISM” with Antifa A-letter symbols.

HALF OF TRUMP TWITTER/FACEBOOK POSTS CENSORED SINCE ELECTION DAY

What We Don’t Elect Matters Most: Central Banking & The Permanent Government

We don’t have to elect them–they elect themselves.

We’re Number One in wealth, income and power inequality, yea for the Fed and the Empire!

If we avert our eyes from the electoral battle on the blood-soaked sand of the Coliseum and look behind the screen, we find the powers that matter are not elected: our owned by a few big banks Federal Reserve, run by a handful of technocrats, and the immense National Security State, a.k.a. the Permanent Government. These entities operate the Empire which hosts the electoral games for the entertainment and distraction of the public.

The governance machinery controlled by elected representatives is tightly constrained in what it can and cannot do. It can’t do anything to stop the debasement of the nation’s currency, which is totally controlled by the Politburo of the Fed, nor can it do much to limit the Imperial Project, other than feel-good PR bits here and there.