“As a queer woman of colour who is an Asian American in tech in rural America, that experience is a very intersectional one. I’ve had plenty of experiences moving through spaces where I wanted more safety,” she said.

Yep, she’s been to college. Where else do you learn that kind of psychobabble? 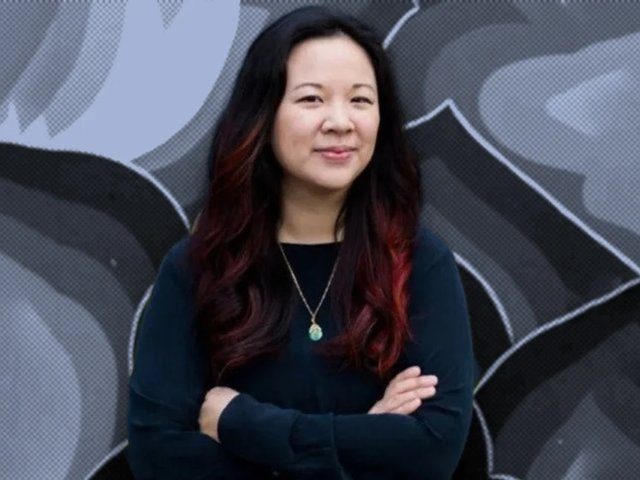 Tech news site Protocol published a profile recently of Christine Su, the senior product manager for “conversational safety” at Twitter. Su’s approach to the platform’s censorship will focus on “transformative and procedural justice.”

Leftoids are always eager to exaggerate deviant behaviour or shortcomings and use it as some sick badge of honour.

She can speak in her native Mandarin so the Chinese government don’t need to hire an interpreter when she shares our data with them.

Her sister is currently reporting on the “Great, humanitarian Chinese government”.

A woman with an MBA and a master’s in land use and agriculture might seem like an odd choice, but she’s been interested in mission-driven tech work for years. It’s what drove her commitment to PastureMap and then her decision to join Twitter. “As a queer women of color who is an Asian American in tech in rural America, that experience is a very intersectional one. I’ve had plenty of experiences moving through spaces where I wanted more safety,” she said. After years of worrying for her sister’s safety (she’s a journalist covering sensitive topics in the Middle East and now China) as well as her own, Su knew she wanted to focus on building safety and inclusion for people who are the most vulnerable.

Transformative and procedural justice are the foundation of Su’s vision for a safer Twitter. The once radical concepts challenge the notion that we should just punish people who cause harm, instead offering an alternative: a pathway to repair the harm that has been done and to prevent its recurrence (transformative justice), and a set of fair rules that make harm rarer in the first place (procedural justice). Transformative justice has recently gained attention for its role in addressing sexual assault on college campuses, and a version of it has been adopted into the official legal system in New Zealand. Academics and activists have argued for years that the concepts could transform conflict resolution.

Su’s goals sit at the heart of what could become a very different Twitter one day, if — and it remains a very big conditional — the company is serious about the changes it’s been signaling over the last year. Women and people from marginalized groups have documented disproportionate levels of abuse and harassment on the platform for years, and, until recently, Twitter did little to change that. Its content rules stayed stagnant, and time and again, people reported incidences when abuse went ignored and harassment continued unabated. But Twitter has bowed to recent political pressure, expressing clear interest in stricter rules for what people are allowed to do and say.

2 thoughts on “Queer ChiCom Will Be Chief of Twitter Censorship”