Vatican appoints more communist atheists to help it plan the destruction of capitalism.

Former ACTU president Sharan Burrow, who is now the General Secretary of the International Trade Union Confederation in Brussels, is part of a new Vatican body aimed at reforming capitalism.

Pope Francis launched the Council for inclusive Capitalism with the Vatican last week, on the traditional Christian feast day of the Immaculate Conception. 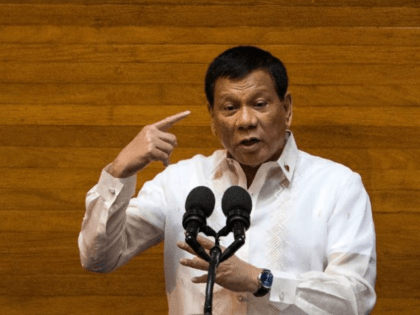 The Council, which will report to the Pope once a year, represents an alliance with the Inclusive Capitalism movement founded in 2011 by US entrepreneur and Hillary Clinton supporter Lynn Forester de Rothschild. Other Council members, described by the Pope as “guardians’’, include Bank of America chairman Brian Moynihan; the chief executives of Visa, MasterCard, BP, Johnson & Johnson and Estee Lauder cosmetics and Angel Gurria, Secretary General of the OECD.

According to the Vatican, the “guardians’’ represent more than $10.5 trillion in assets under management, companies with over $2.1 trillion of market capitalisation, and 200 million workers in over 163 countries.

“An economic system that is fair, trustworthy, and capable of addressing the most profound challenges facing humanity and our planet is urgently needed,’’ the Pontiff said at the launch. “You have taken up the challenge by seeking ways to make capitalism become a more inclusive instrument for integral human wellbeing.”

In a statement to coincide with the launch, Ms Burrow, a former teacher, said the aspirations of workers for “a just world with an economic model where rights and shared prosperity are realised are winnable’’.

COVID-19, she said, had “shown working people in the greatest act of global solidarity the world has seen’’. Regenerating an inclusive economy through recovery and resilience plans with jobs and climate friendly jobs in 2021 was “an imperative as we rewrite the social contract for working people’’.

The Vatican said the “historic new partnership’’, while under the moral guidance of Francis and Cardinal Peter Turkson, who heads the Vatican’s office for Promoting Integral Human Development, had been “inspired by the moral imperative of all faiths.’’

Ms Burrow is also involved in a similar project backed by Prince Charles, known as “the Great Reset’’ – an initiative of the Prince and of the World Economic Forum, of which she is a co-chair. The Great Reset, according to the WEF, aims to “guide decision-makers on the path to a more resilient, sustainable world beyond coronavirus’’.

In a podcast uploaded by the WEF in June, Ms Burrow said new policies were needed to rebalance economies.

“We want an end to the profit-at-all-costs mentality, because if we don’t build an economic future within a sustainable framework in which we are respectful of our planetary boundaries, and the need to change our energy and technology systems, then we will not have a living planet for human beings,” she said.

A survey by the ITUC had found just one in five of its 86 member countries provided sick leave for all or some workers, she said.

The Council for Inclusive Capitalism takes the Vatican deeper into green Left political activism, a trend that has been developing for five years since Francis launched his controversial green encyclical Laudato Si. Last month, he hosted a virtual conference for young economists from around the world. He has also adopted the Joe Biden/Kamala Harris “build back better’’ mantra in some Vatican statements.

But the Vatican’s political involvements are highly selective. As Wall St Journal commentator William McGurn wrote last week, the pope’s silence on the arrest of Hong Kong publisher, free speech and democracy activist Jimmy Lai, a prominent Catholic, “bellows up and down the world. But not in an attractive way.’’

Hong Kong Cardinal Joseph Zen, who praised Mr Lai for donating HK$20 million to church causes since 2005, said Mr Lai’s arrest amounted to “blatant persecution’’. Cardinal Zen is also despairing of the Vatican’s silence on the trampling of human rights in Hong Kong, which the Holy See maintains its secret pack with the Chinese government.

“It has been 1½ years that we are waiting for a word from Pope Francis but there is none,” he said recently. In September, Cardinal Zen, 88, flew to Rome to meet the Pope but he was refused admission to the Vatican.