♦️Only you have to congratulate the "new American president" @JoeBiden because you love power and not America.
♦️What do patriots think about Biden, watch the video‼️
♦️The view from Biden’s motorcade as it made its way up to the Capitol‼️👀👇#NotMyPresident https://t.co/ME9kB53MeS pic.twitter.com/jddgDTj7fx

But the truth will out: 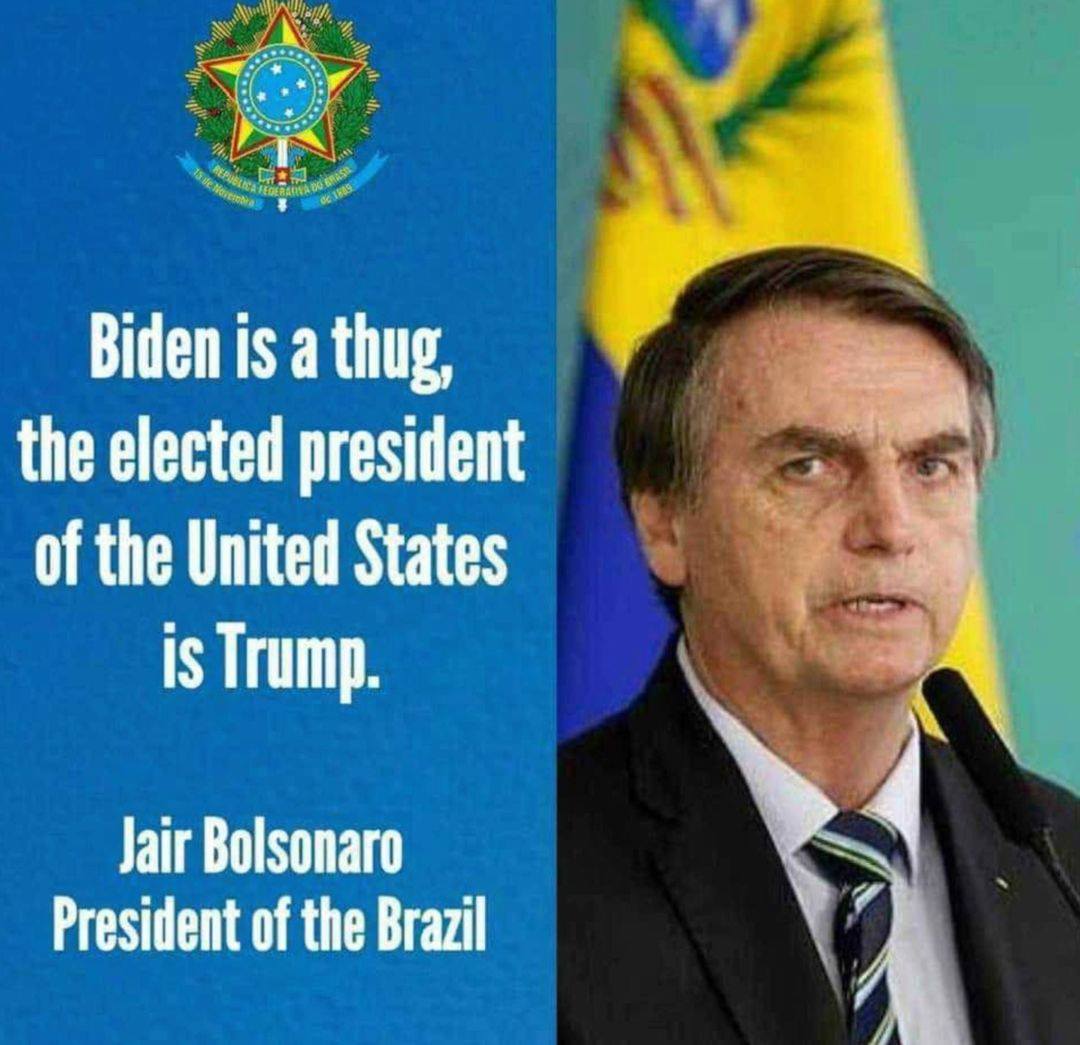 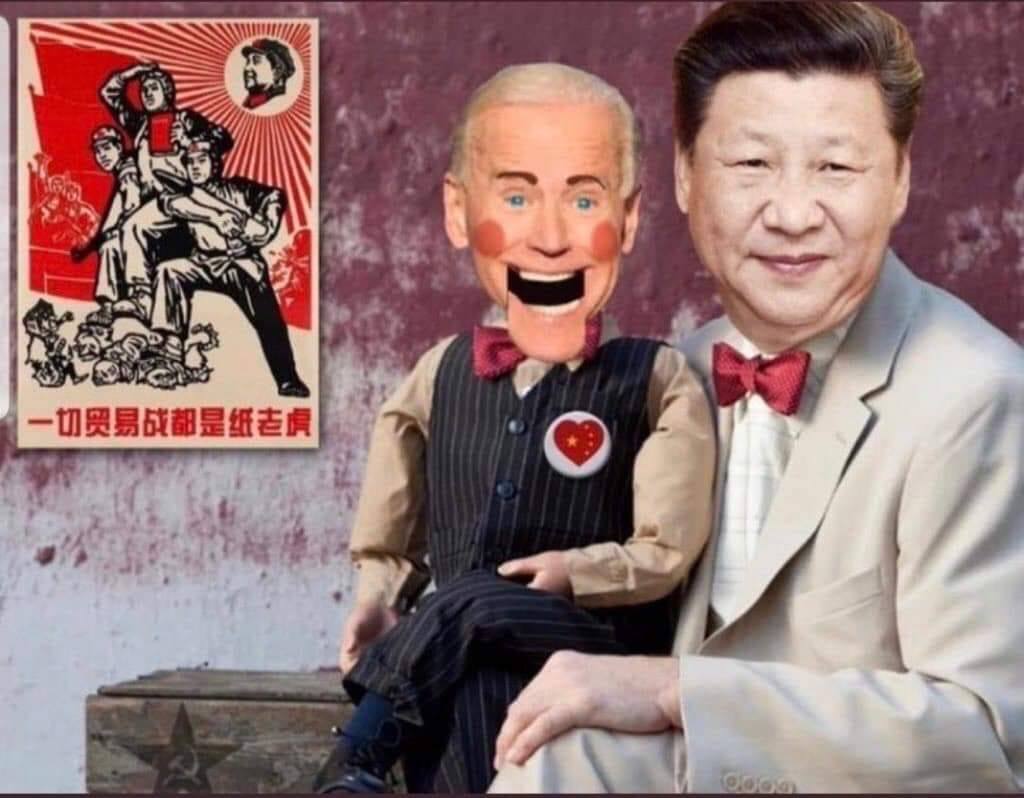 In the aftermath of the Capitol Riot, the official narrative is that we must suppress free speech or succumb to terrorism. CNN, a bastion of the liberal establishment, leans on cable companies to stop carrying conservative channels.

On CNN this morning:

"We have to turn down the capability of these Conservative influencers to reach these huge audiences."

Then calls for @OANN and @Newsmax to be deplatformed. pic.twitter.com/X34oewb1oU

The “unaccountable billionaires” in Silicon Valley switched President Donald Trump off which is a clear and “grotesque interference” in democracy, according to Spiked Online editor Brendan O’Neill. President Donald Trump has been removed from multiple social media platforms including Facebook and Twitter where he was one of the latter’s most popular users. Mr O’Neill said “big tech oligarchies” have been censoring people for years, but suspending President Trump’s accounts demonstrates they are “willing to interfere with the democratic process”. “This is the sitting president of the United States, the most powerful man in the free world, democratically elected, and these unaccountable billionaires in Silicon Valley switched him off,” he said. “That is a grotesque interference in freedom of speech and democratic engagement. “These Silicon Valley influencers are now switching off politicians and preventing them from engaging online. People should not underestimate just how serious that is.”

Tucker Carlson: Mitch McConnell “sent word over to the White House: if you pardon Julian Assange, we are much more likely to convict you in an impeachment trial.”

The Biden Family is the most corrupt political family in American history pic.twitter.com/pzusymFgZJ

“Experts” like Alex Stamos, Director of the Stanford Internet Observatory, are brought on to lend credence to the viewpoint CNN wants to promote. Stamos used to be chief security officer at Facebook. His hostility toward open debate typifies the mentality that CNN shares with Big Tech.

CNN has come up before in the context of enlisting cable companies as censors of dissident thought. Unsurprisingly, it also wants its main competitor Fox News deplatformed.

We regularly discuss what the Big Tech companies have done to poison the public conversation by providing large platforms to bad-faith actors who lie, mislead, and promote conspiracy theories.

By CNN’s standards, not even Silicon Valley is repressive enough.

But what about TV companies that provide platforms to networks such as Newsmax, One America News — and, yes, Fox News? …

After [the January 6] incident of domestic terrorism on Capitol Hill, it is time TV carriers face questions for lending their platforms to dishonest companies that profit off of disinformation and conspiracy theories.

“Disinformation” is anything contrary to the party line.

[I]t was the very lies that Fox, Newsmax, and OAN spread that helped prime President Trump’s supporters into not believing the truth: that he lost an honest and fair election.

[W]hy do AT&T (which I should note is CNN’s parent company), CenturyLink, and Verizon carry OAN? Why do AT&T, CenturyLink, Verizon, Comcast, Charter, and Dish carry Newsmax? And why do they all carry Fox — which is, frankly, at times just as irresponsible and dangerous with its platform as its smaller competitor networks?

CNN wants to deplatform conservatives on radio too:

It’s not a TV carrier, but its one of the biggest distributors of right-wing talk radio in the country — and yet you rarely hear about Premiere Networks. That’s despite hosts like Rush Limbaugh regularly misusing the platform to spread outright falsehoods or make grossly irresponsible comments.

Any fact or opinion not in compliance with the liberal narrative is likely to be denounced as “grossly irresponsible,” not to mention “white supremacist.”

Are they on the silencing of wrong think bandwagon with the Democrats and Big Tech or are they taking advantage of this current climate to eliminate their ratings and viewer competition?

The answer is both, but primarily the former. They won’t try to deplatform other leftist propaganda platforms like MSNBC and PBS.

If cable companies don’t yield to pressure from left-wing activists like those running CNN, Big Government may have to apply legal coercion to ensure ideological homogeneity.

On a tip from Dragon’s Lair. Hat tip: Vlad Tepes.

Things that make us go Hmmm…
.
Churchill 1945
.
”… there can be no doubt that Socialism is inseparably interwoven with Totalitarianism and the abject worship of the State. …liberty, in all its forms is challenged by the fundamental conceptions of Socialism. …there is to be one State to which all are to be obedient in every act of their lives. This State is to be the arch-employer, the arch-planner, the arch-administrator and ruler, and the arch-caucus boss.
.
A Socialist State once thoroughly completed in all its details and aspects… could not afford opposition. Socialism is, in its essence, an attack upon the right of the ordinary man or woman to breathe freely without having a harsh, clumsy tyrannical hand clapped across their mouths and nostrils.
But I will go farther. I declare to you, from the bottom of my heart that no Socialist system can be established without a political police. Many of those who are advocating Socialism or voting Socialist today will be horrified at this idea. That is because they are shortsighted, that is because they do not see where their theories are leading them.
.
No Socialist Government conducting the entire life and industry of the country could afford to allow free, sharp, or violently-worded expressions of public discontent. They would have to fall back on some form of Gestapo, no doubt very humanely directed in the first instance.
.
And this would nip opinion in the bud; it would stop criticism as it reared its head, and it would gather all the power to the supreme party and the party leaders, rising like stately pinnacles above their vast bureaucracies of Civil servants, no longer servants and no longer civil. And where would the ordinary simple folk—the common people, as they like to call them in America—where would they be, once this mighty organism had got them in its grip?”