The Queen has taken a swipe at antivaxxers saying they should “think about other people rather than themselves”.
.

The idiot prince of Wales pushes the “Great Reset”

The Prince of Wales on how we now have the opportunity to rethink our world economy for the benefit of nature, people and planet. 🌎

For more insights and ideas for a sustainable future, visit ⬇️https://t.co/LwLVBJelrV pic.twitter.com/SEQK8DF5fx

— The Prince of Wales and The Duchess of Cornwall (@ClarenceHouse) February 25, 2021

Who does? Dementia and nuclear codes don’t mix. 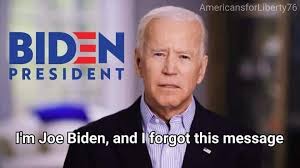 What a relief; Congressional Democrats are at least more sensible than the voters who elected Biden. They know that someone that irresponsible not to mention non compos mentis cannot be trusted with the capacity to launch a nuclear strike. Given Biden’s nasty disposition, he might set off a nuclear war in a disoriented fit of pique.

Our authorities are undermining public confidence

‘HIGH STANDARD’ PROGRAMMING FROM THE ABC

This is the law under which the ABC operates: “The functions of the Corporation are…. to provide…  services of a high standard…  to provide… broadcasting programs that contribute to a sense of national identity…” This is ABC TV’s new contribution: “D*ck or P*ssy of Colour.” Your taxes.

Why blue cities are soaring with violent crime

A few episodes ago, we began to uncover a plot driven by George Soros (and others like him) to completely reshape law and order in America. On this episode, we continue to expose the left’s coordinated effort to dismantle traditional, independent-minded prosecutors who put the rule of law above politics and party. They are then replaced by rogues who usurp the constitutional role of the legislative branch by refusing to prosecute entire categories of crime. The question is: why would billionaires want to change up the system that they have benefitted so much from?

One thought on “The Queen Joins the Vaxxinistas”