The ABC wants to redefine ‘paedophilia’ for the sake of sensitivity?
James Macpherson The Spectator Australia 6 March 2021
.
The problem with so-called Progressives is that the very term they use to describe themselves begs a question that they can never answer – progress towards what? 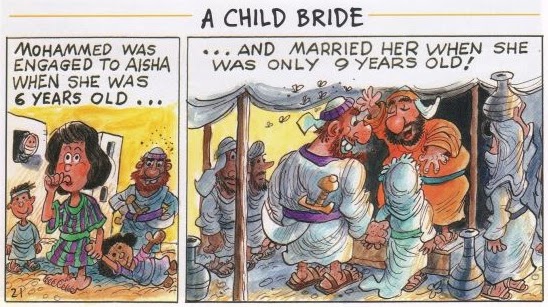 The answer “towards more progress” is hardly adequate since there can be no progress without direction and there can be no direction without a fixed point.
.
But progressives are so inclusive that they have done away with fixed points.
.
Objective truth does not exist in their brave new world where fuzzy notions of “my truth” and “lived experience” mean that the only thing which can be ruled out is the idea that anything can be ruled out.
A love of novelty, a penchant for sentimentality and an unnatural fear of hard thinking have combined to produce a culture of juvenile free-thinkers.
.
Having insisted there was no difference between God and ourselves we have enlarged our broadmindedness into a sweeping synthesis that says reality is whatever we declare it to be.
.
We have become like sailors who, having agreed to ignore the stars, have hung our lamp on the ship’s mast and agreed to navigate by it. The port we arrive at will be whatever rock we hit right after the last one we crashed into.
.
And so progressivism has no endpoint. Every time we think that we have finally arrived at the woke nonsense terminal, another passage opens up.
We have redefined marriage because diversity.
.
We are currently in the process of redefining women because inclusivity.
And our national broadcaster now wishes to redefine paedophilia because sensitivity.
.
Well, why not?
.
Journalists at the ABC were told this week to “avoid” referring to child sex abusers as paedophiles so as to not marginalise people who had been clinically diagnosed with paedophilia but who had not acted on their impulses.
.
“Instead use serial sexual offender/predator, or a sexual abuser of children and young people,” reporters were told, according to a report published in The Australian.
.
Don’t think the idea is too silly for our national broadcaster.
In January the ABC referred to violent street crimes and home invasions committed by teenage gangs marauding through Melbourne suburbs as “youth network offending”.
.
It is only a matter of time before we are urged to stop calling criminals “criminals” for fear of creating a stigma around those who wish to commit crime.
.
Perhaps it is time we stopped calling ABC journalists “journalists” and instead referred to them as activists. But I digress.
.
The edict to not call paedophiles “paedophiles” lest we marginalise paedophiles ignores the fact that some people need to be marginalised.
.
And it begs another question for progressives.
.
Just how long does it take to go from “Don’t marginalize paedophiles” to “Respect Diversity”?
.
More:
.

Their ABC isn’t in bed with the left? Yeah, right

Rather than preserving our history, museums are wiping it out

But where does this new move come from? Look no further:

The purpose of each pillar supporting the liberal establishment is to advance the progressive agenda in all of its pernicious depravity. At the global level, this applies to the United Nations. The Center for Family and Human Rights reveals a new report published by the UN Human Rights Council that aspires to intercede between children and their parents so as to erode sexual morality:

The report asserts that “sexual expression” is part of the “interwoven fabric of children’s privacy.” The report defines children as anyone under the age of 18.

As we have seen repeatedly, you are never too young for leftists to take an interest in your sex life.

The report asserts that “adolescents need to be able to make decisions regarding their well-being and bodies, and to safely and privately explore their sexuality as they mature, whether offline or online.” However, the report explains, bodily integrity and autonomy rights are infringed by “governments, commercial entities, health-care providers and other professionals, parents, and peers.” How are bodily integrity and autonomy rights infringed? Denial of abortion. Requiring parental permission for abortion and contraception. Therapy for unwanted sexual attractions. And slut-shaming.

No doubt preventing children from gawping at pornography also prevents them from exploring their sexuality.

Once again, the transsexual agenda is aggressively pushed at children:

The report insists that children have diverse gender identities, sexual orientations, and expression.

Back when human rights were a good thing, they applied to everyone. Now the term has been appropriated by leftist social engineers, who have largely replaced rights with the privileges they bestow upon favored groups. Here, a distorted conception of the right to privacy is used to promote degeneracy and perversion.

One thought on “Paedophilia, just another speed bump on the road to Utopia?”