Black Terrorists BASH grandpa for his phone and shoes

Footage has emerged of four black terrorists bashing an elderly grandpa for his phone and shoes.

Import savages, and watch savagery on a daily basis, while the enemedia blurs out their faces, leftist politclowns tell us “diversity makes us stronger” and the police no longer enforces the law because of Black Skin Priviliege.

Or “exterminate all the brutes”, according to “The Heart of Darkness” by Conrad.

No amount of truth, data, facts, etc. are going to break the spell of anti-White hatred, racism, and persecution. These people WANT to hate White people, and will manufacture any excuse to do so. All we can do is prepare for what’s coming, and defend ourselves accordingly.

This screencap says it all, really. 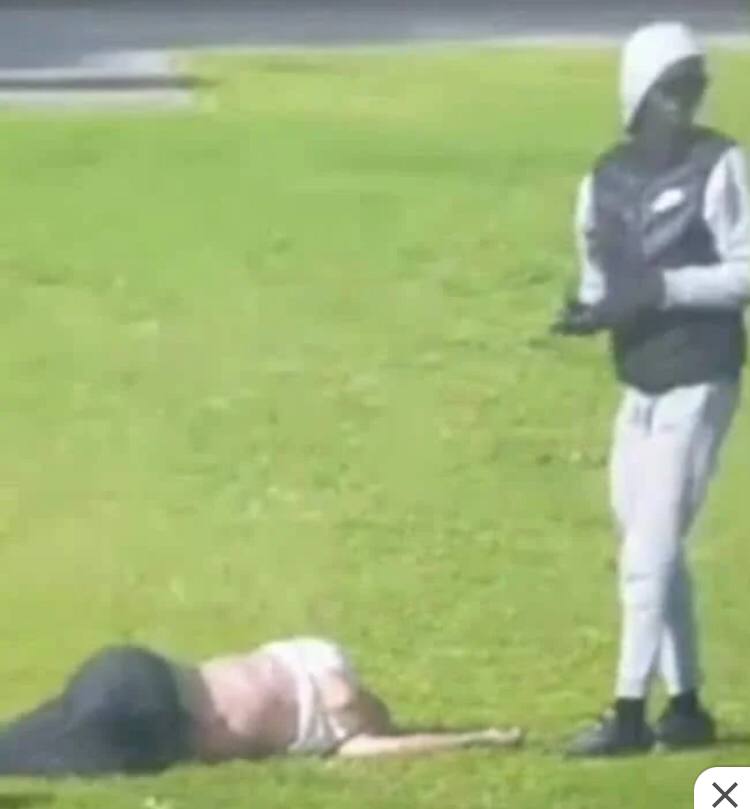 All four african gang terrorists got either a slap on the wrist or very light sentences. This is why White men must stand up to black terrorists. They are roaming all over the West terrorising whoever they want, safe in the knowledge that the police and the courts will whip them with wet lettuce, and any White people who dare oppose them physically or politically will themselves be branded terrorists.

Although the violence committed by these black terrorists terrorises their victims, this is not the primary reason I refer to them as terrorists. These people are not intelligent enough to engage in politically motivated violence, ie terrorism.

Violence is simply what black people do.

The reason I describe this violence as politically motivated – terrorism – is because the political motivation lies with our government who let them in. Our government knows that black people are violent. It has all the data it needs to understand this. If our government wanted Australia to be a safe place, it would never have let any africans move here.

Our government is not /our/ government. It is actively replacing us, the native born White Australians of Anglo, Saxon and Celtic stock. This government wants Australia to become deracinated and compliant, and it wants a never ending supply of cattle which it can import to the tune of half a million a year to keep Australia’s GDP booming forever.

black terrorism against White Australians serves the political purpose of cowering us into submission to accept our own replacement. As stated, anybody who opposes this is branded a terrorist. Our only option is to spring the trap.

4 thoughts on “The Coming Race War”