Middle East: The Ghosts of Sovereigns Past 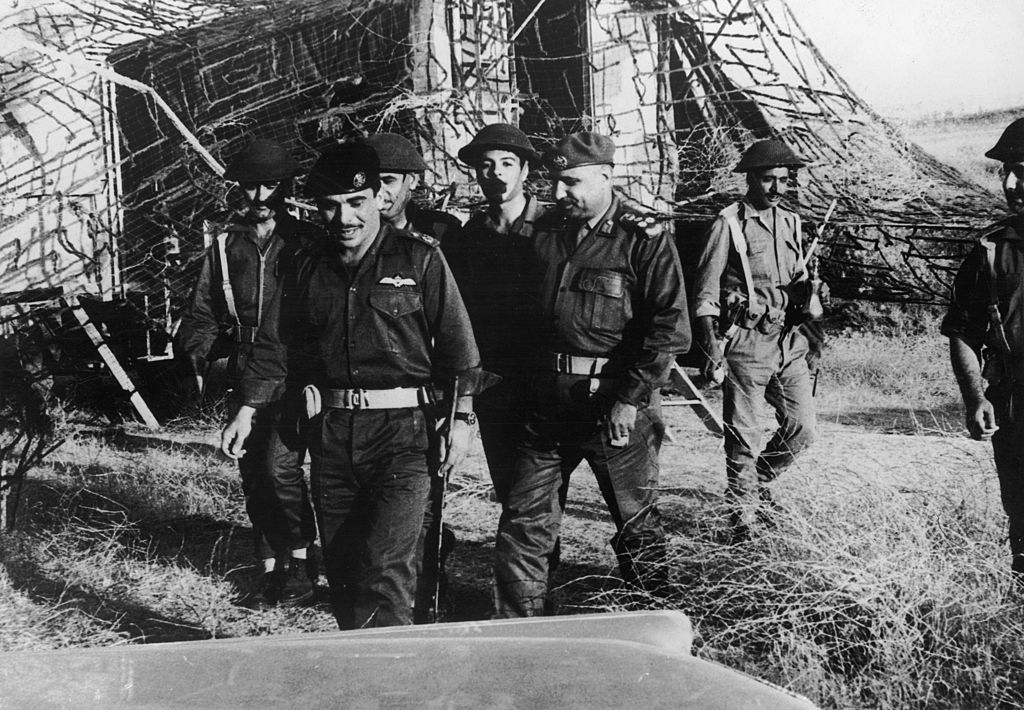 In short, the legal and legislative vacuum that has resulted from Israel’s well-intentioned decision to retain Ottoman and Jordanian law in the territories that came under its legal jurisdiction over 50 years ago continues to deprive both the Arabs and Jews who live there of their basic rights. Pictured: King Hussein of Jordan visits an army post in the disputed territories known as Judea and Samaria — or the “West Bank” (of the Jordan River), on June 5, 1967. (Photo by Keystone/Hulton Archive/Getty Images)

Now that the debate surrounding the extension of Israeli sovereignty to the Jewish communities of Judea and Samaria has abated somewhat in light of the Abraham Accords, the time may be ripe to take a closer look at the legal status of these territories.

The picture that emerges might be surprising. More than a century after the dissolution of the Ottoman Empire, the empire’s ghost continues to reign. More than 50 years after Israel’s victory in the Six Day War, more than 30 years after King Hussein of Jordan publicly relinquished all legal and administrative ties to this territory, and more than 25 years after Jordan signed a peace treaty with Israel, officially relinquishing all territorial claims, the State of Israel continues to enforce Jordanian law — despite its clearly racist and backward underpinnings.