That’s exactly what it is.

In the midst of a debate on multiculturalism and models of integration in the country, and while marches are still taking place against Islamophobia, the niece of Marine Le Pen, Marion Maréchal has a clear opinion on the issue.
.
In other news:
. 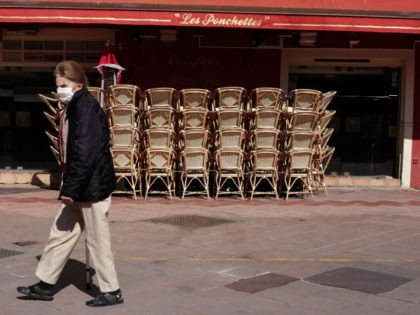 The director of Issep was invited Monday, March 22 by Frédéric Taddeï on RT France, to speak in particular about the passage “from politics to metapolitics”. Asked about the term “multicultural society”, Marion Maréchal was clear. For her, this qualifier is nothing other than a “polite term to say the end of Western society and French society.”

“The former deputy underscored that we were “witnessing the erasure of French culture” because “the coexistence of different cultures on the territory leads to friction and violence”.

This multiculturalism would lead to a form of “permanent war of minorities where we are more able to agree on the essential”  she explained and where the most organized will “succeed in making a difference in the democratic game”. She even goes further by qualifying this model as “dangerous” which could above all harm “national cohesion” and ultimately lead to “a form of apartheid”.

Marion Maréchal then denounced the concessions made to certain minorities, such as politicized Muslims who, according to her, seek “to obtain a certain number of concessions on the pretext of respecting their culture of origin or their religion”. She then cites the opening hours of the swimming pools or the times reserved for women. “By accepting this type of concession year after year, we end up drawing a form of apartheid society,” she said.

Marion Maréchal also protested against recent debates on the desire to wipe out the past and constantly want to question French heritage (debunking statues, renaming street names, etc.). “By dint of wanting in the name of emancipation, to destroy the nation, tradition, civilization and religion, we end up with race, sex, gender or skin colour. For me, this is an incredible civilizational regression.”

The president of the National Rally (RN), Marine Le Pen, has meanwhile deplored the double standard for French citizens as opposed to immigrants, after some demonstrations were allowed and not others.

Is there already a double standard today in France when it comes to demonstrating? This is the whole question raised by Le Pen on Tuesday March 23 in the morning on France Inter after a weekend marked by more than controversial events, starting with the carnival gathering more than 6 500 people in Marseille (Bouches-du -Rhône). “There is a form of impunity for this extreme left which is quite incomprehensible,” said Le Pen.

Beyond these controversies that disturb the French, it is the entire government strategy that Marine Le Pen has questioned, in particular the latest measures taken to curb the epidemic. “We have to admit that no one has understood anything about this confinement which is one without being one.”

She said the “French no longer understand what is expected of them anymore” and added that there was a “risk that no more rule is respected and that’s very dangerous”.

It appears that at least in Provence-Alpes-Côte d’Azur voters would agree with this notion that Islam represents a danger if its adherents are not willing to integrate.  According to a poll by Opinionway on behalf of La République en Marche (LREM), the RN would come in first place in the first round of the elections.

The regional daily La Provence unveiled a study published on March 23 highlighting two scenarios for the regional ballot in Provence-Alpes-Côte d’Azur. The vote will take place on June 13 and 20, 2021. In the first case, Thierry Mariani (RN) would obtain first place in the 1st round (29 percent) with a clear gap, ahead of LR Renaud Muselier (23 percent) and Sophie Cluzel’s LREM list, supported by the Modem (16 percent) followed by candidate for the the Ecologists (EELV), Olivier Dubuquoy (9 percent).

In the second case, if LR and LREM were to unite, they would obtain 30 percent, a score very close to the RN (31 percent). Even if Thierry Mariani has not yet formalized his candidacy, the study already showed that the RN will occupy a place of choice in PACA, regardless of the future alliances of competing parties.

It should be noted that this study commissioned by the presidential party was carried out a month ago. In the meantime, outgoing LR chairman has made it clear that he will not seal any deal with LREM. In addition, no second-round hypothesis was submitted to respondents.