New South Wales reported 19 new cases of COVID-19 on Tuesday in the 24 hours to 8 pm on Monday. Two of them are currently unlinked, whilst the other 17 are connected to the Eastern suburbs outbreak. They bring the total number of infections linked to the Bondi cluster to 141. Greater Sydney, Wollongong, Central Coast and Blue Mountains entered a two-week lockdown from 6 pm on June 26. 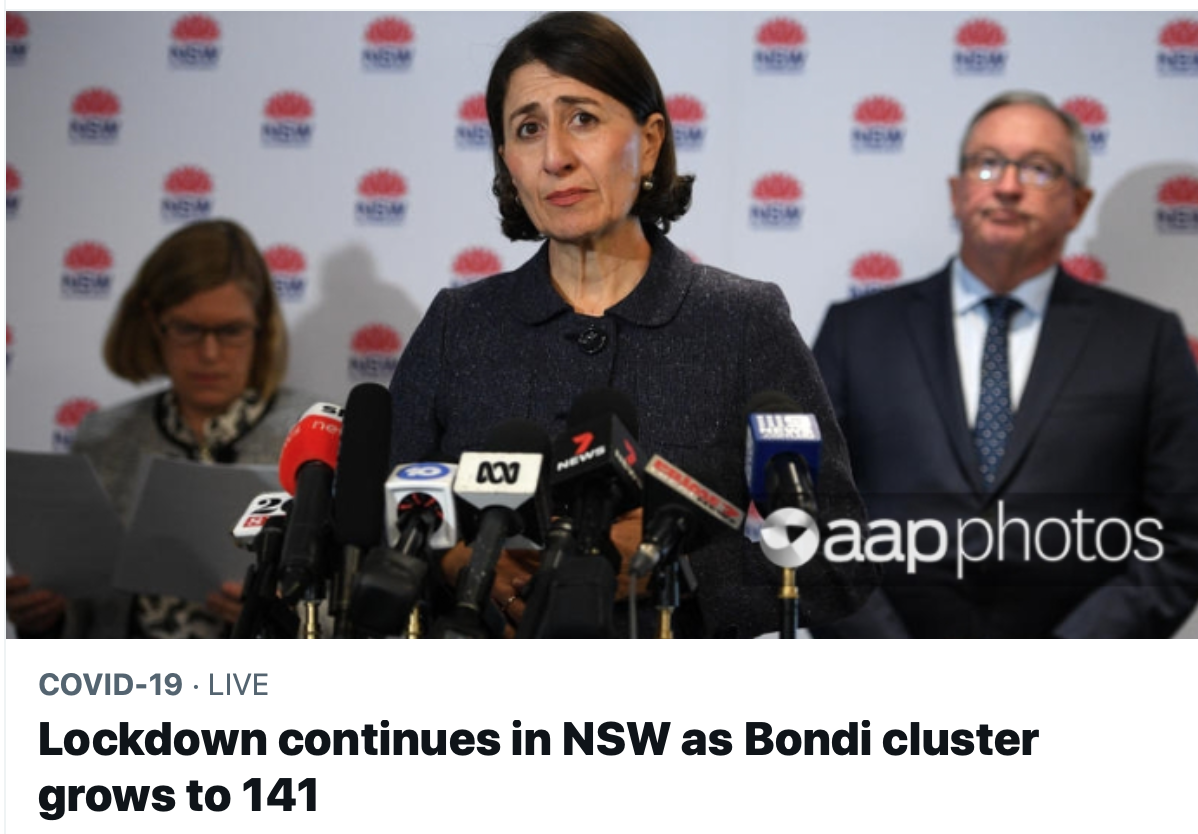 Fortress of fear: how long can we keep shutting out the world?
.
Cameron Stewart The Australian June 26, 2021
.
Australians are terrified of living because of a phoney virus.
The whole country is in fear thanks to our inept politclowns and the hysterical lame stream media. 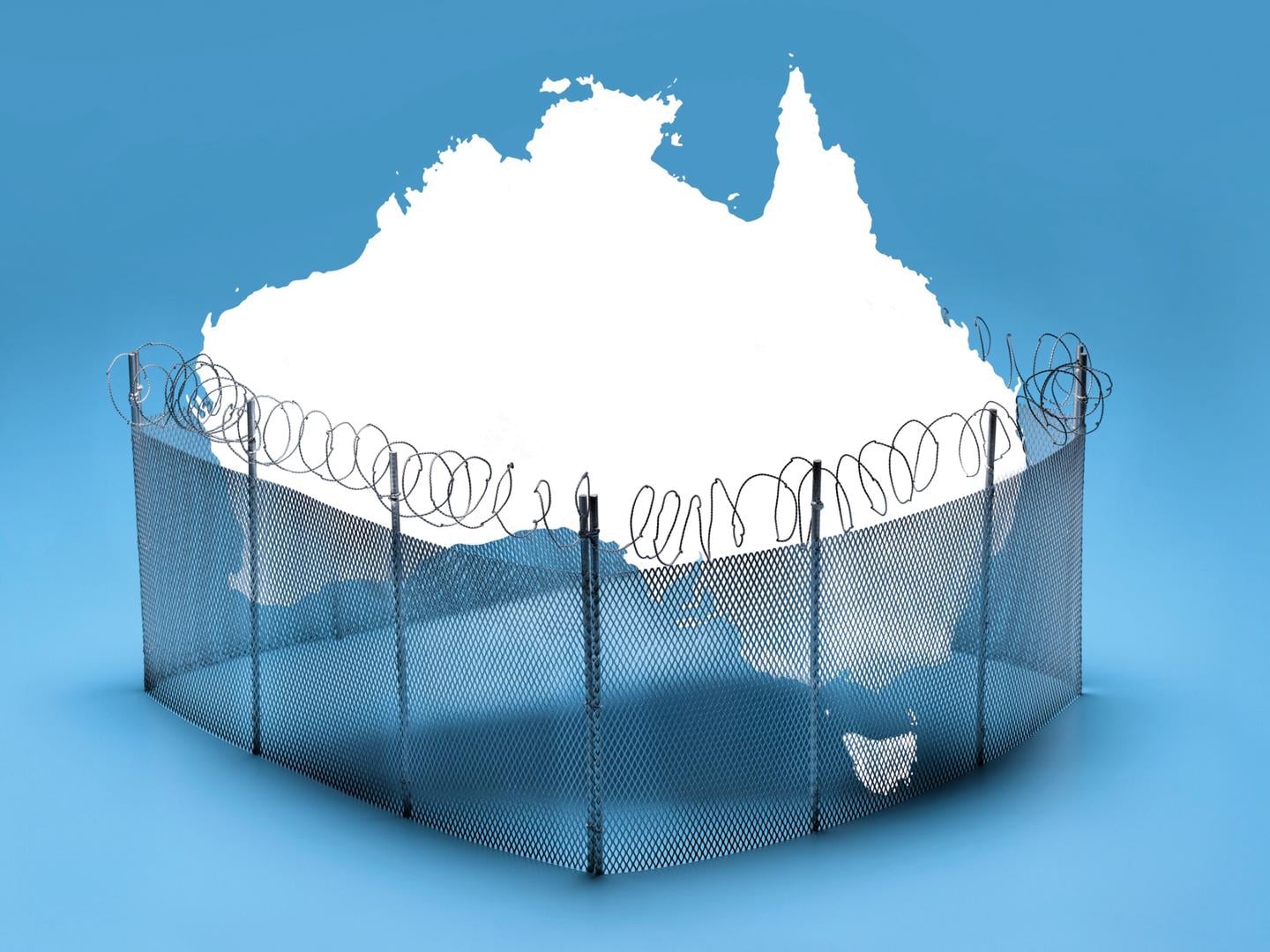 Australia has at various times in its history embraced a ­fortress-like mentality to keep foreigners out. Shielded from the pandemic, a jittery nation has embraced the darker side of its psyche.
.
When Fiona Pyke returned to Australia in November after eight years in the US, she noticed a mood she had never felt before in her homeland. Australia had all but locked itself away from the world to protect against the rampaging coronavirus, but that was not what upset her. What rattled the 54-year-old Melbourne mother was a new psyche of fear that had gripped her own extended family, her friends and so many of her fellow Australians.
.
“The moment you mention you just got back from America, people literally take a step back,” she says. “There is this irrational belief that everyone who comes from overseas is going to kill them. I find it incredible that for a country that has almost no Covid, they are mortally terrified of it. As a result we see these ridiculous lockdowns for one person being sick and then they lock down a whole city.” 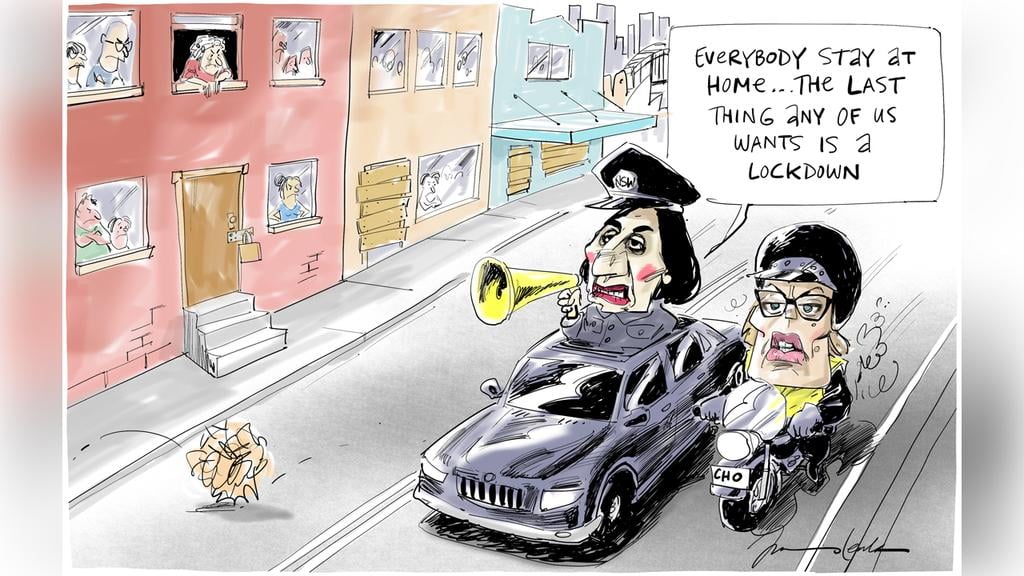