WhatsHerFace is the new internet sensation:

How we got to peak censorship, and how the man who INVENTED mRNA tech got cancelled out of his own history:

Q: Who is Kary Mullis?

A: The Inventor of the PCR test. Talked about Fraudchi being a lousy bureaucrat with an inflated ego.

Though the whole world relies on RT-PCR to “diagnose” Sars-Cov-2 infection, the science is clear: they are not fit for purpose

“Every record has been destroyed or falsified, every book rewritten, every picture has been repainted, every statue and street building has been renamed, every date has been altered. And the process is continuing day by day and minute by minute.” George Orwell… 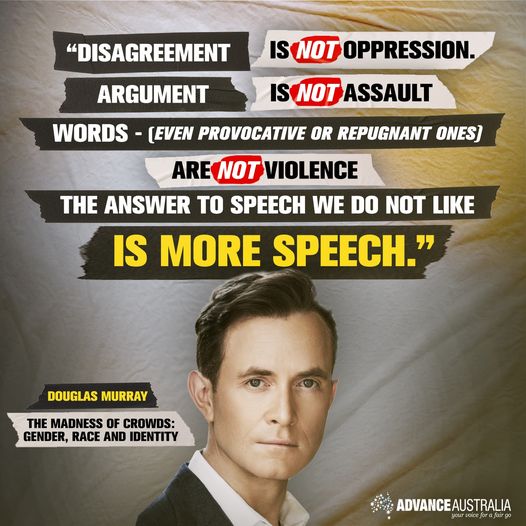 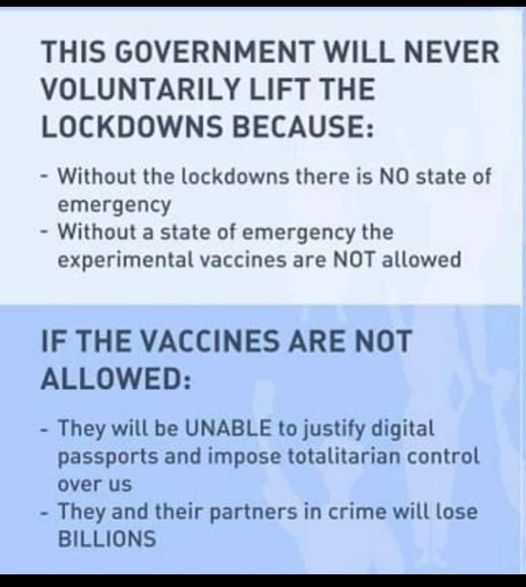 Yep. The great reset is now in progress. It will not end until a million people protest in every state. Send emails to your MPs and let them know, we know what they’re up to.

At present we have zero people in hospital with “Covid”, and this has been the situation for ages, writes David Bistrup @ Catallaxy Files.

Reason has left the room and the only defence I see going forward is ridicule. As the pathetic little people we allow to “govern” us poop their pants again and inflict more damage both social and economic upon us I scanned the daily rags for some comments.

“The Advertiser” headline is “Fortress SA”. Our borders have been “slammed shut” to stop the “dangerous Covid Delta strain” which is “spreading like wildfire across the country”.

Our chief defender of public health, the one who advised folks at the footy not to touch the ball if it was kicked into the crowd, said “This Delta variant is passing like a wildfire….This is the biggest threat we’ve had in SA since our first wave. At the moment we would say our community is a bit of a tinderbox”.

Inside on page 4 the story headline is “Borders slam shut as Covid runs riot”. New restrictions will be announced today. Perth has one positive case and closed up like a fish’s proverbial in a minute.

The football lady says that the transmission potential is now even worse than at the beginning of the “first wave”, justifying the need for restrictions. Apparently at the start every Covid case had the potential to spread to two and a half people but now with the “highly transmissible Delta variant it is well over three and a half”.

“The Australian” gets into the act as well. According to Greg Sheridan “A Delta plus variant looks like it is more effective at evading the natural immunity developed by those who have had Covid and recovered”. So look out. Apparently “the virus” is not finished with us yet”. He says that “the desire for this virus to be in the past is understandable but there is no sign that the virus is willing to go along with that wish”. What a nasty old virus.

This sort of bullshit is thrown at us every day as the idiots that panicked and shut everything down wonder how they can ever get out of the situation without looking like complete dorks.

The vaccination “roll-out” is farcical and dangerous. The AMA want the feds to protect them from lawsuits if people get bad reactions or die from the “safe and effective” vaccines that our government has spent billions to procure from companies that they indemnified, and now find that some of the population are telling them to jam it where the sun rarely shines.

This will not stop soon and it is very clear to me that rational debate is off the table. All we can do is not make eye contact and cross to the other side of the street and perhaps get the occasional laugh watching these buffoons ratchet up the fear and the sheep complying.

Just for the record the “first wave” in SA killed 4 people, the last death being on 12 April 2020. At present we have zero people in hospital with “Covid”, and this has been the situation for ages.