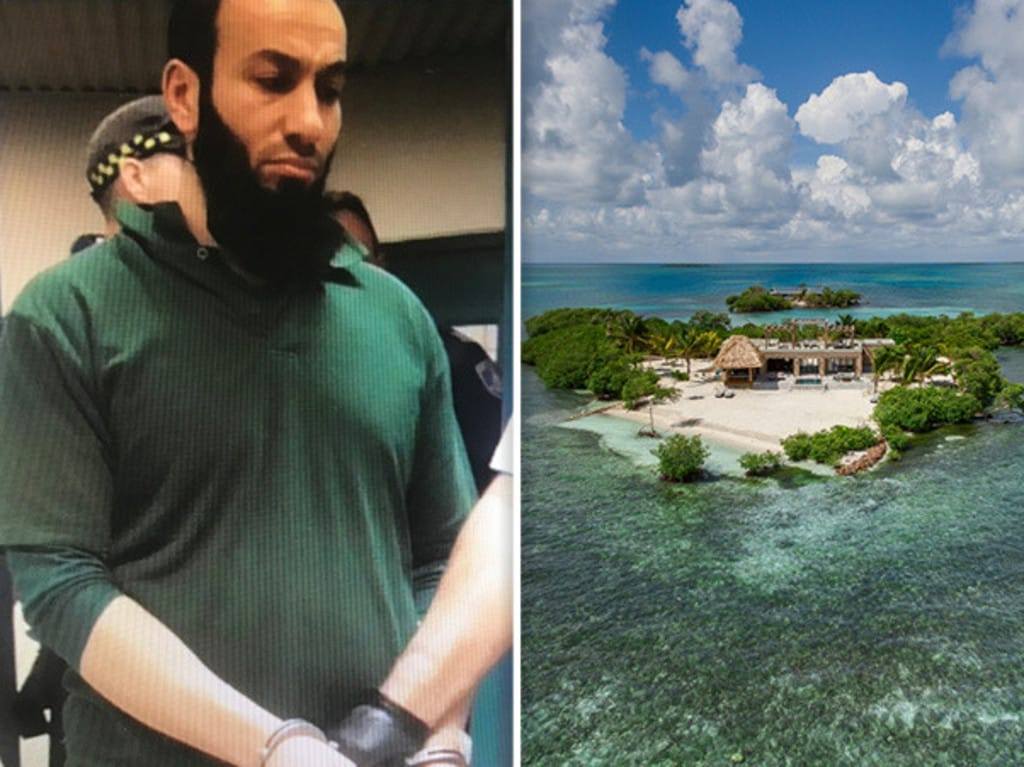 Australia’s most notorious prisoner Bassam Hamzy has been planning a multimillion-dollar Caribbean resort development — complete with villas, a water park and a sports stadium — from inside the walls of NSW’s toughest prison.
.
The incredible insight into how Hamzy, 42, spends his behind time inside Goulburn’s Supermax Prison can now be revealed by The Daily Telegraph, almost a year after it was first mentioned in an intelligence report by NSW Corrective Services.
.
Hamzy will remain in jail until at least 2035 for convictions including murder and overseeing a major drug ring.
Like a Hollywood supervillain, the founder of Brothers 4 Life gang is undeniably clever, and has spent much of his time behind bars learning law, before successfully representing himself in court on multiple occasions.
And as the prison intelligence report — submitted as part of an affidavit to the NSW Supreme Court late last year — outlines, in addition to a casual lawyer Hamzy also fancies himself as a part-time developer, claiming his plans have been approved by the Belize government and investors are helping him to fund construction.
.
The revelation about Hamzy’s development — which he proposes to call “Boss City” — came about after Correctives officers inspected a delivery to him in prison, which turned out to be an artist’s impression of his proposal.
Written last October, the report also suggested Hamzy had been openly discussing the development with a number of associates, including his lawyer and his brother Ghassan Amoun.
.
“Hamzy received a large artist’s impression of a city named ‘Boss City’ which he is building in Belize from his legal representative,” the report dated October 29, 2020, states.
.
“Intelligence indicates Hamzy is talking openly about this city to his associates. It is known through his correspondence that it is being built in Belize and that Hamzy has been using his legal representative to help him in making the city come to fruition.
.
“This artist’s impression was received via legal mail and Hamzy is now sending it out to his sister, Mejida Hamzy. The artist’s impression indicates the city is known as ‘Boss City’ and appears to be quite large.
.
“Analysis of the image indicates various types of building within the city including residential, a stadium and water park.”
.
Hamzy has long had links to Belize.
.
On September 5, 1998, a few months after fleeing Australia in the wake of him murdering a teenager on a night out in Sydney’s CBD, he went from Turkey to the small Caribbean island where a rich relative lived.
.
Eventually arrested in Miami and extradited back to Australia in 1999, Hamzy had clearly been enamoured by the beauty of Belize.
.
The revelation about Hamzy’s development in picturesque Belize came after Correctives officers inspected a delivery to him in prison.
The revelation about Hamzy’s development in picturesque Belize came after Correctives officers inspected a delivery to him in prison.
.
“Review of Hamzy’s recent correspondence indicates he has obtained Government approval in Belize and has investors on board to build the city,” the intelligence report read.
.
“Hamzy has also indicated in recent correspondence that the investors wish to expand the city significantly including coastal access. It was considered highly likely Hamzy was using his brother Ghassan Amoun to conduct the Belize business venture.”
.
A separate intelligence report from earlier in 2020 referred to Hamzy being approved to contact Amoun in relation to legal matters only.
“Hamzy’s nonlegal discussions with Amoun were to be dealt with in greater detail in a separate report,” the report read.
.
“Please disseminate this IR (intelligence report) to criminal groups (squad).”
NSW Police sources told The Daily Telegraph that despite Hamzy’s claims about government funding, and his desperation to commission an artist’s impressions of his proposal, they were always dubious about how genuine it was.
.
But, as NSW Police Criminal Groups Squad’s Detective Chief Inspector Nicholas Read wrote in the affidavit last year, investing in construction is a common way that criminals legitimise cash they have made illegally.
“Criminals tend to deal in cash when undertaking criminal transactions,” Det Ch Insp Read wrote.
.
“Criminals are adept at deploying mechanisms in order to launder that cash so as to make their wealth appear to be legitimate business (such as through the construction industry, including for example the development of villas as suggested by Bassam to Ghassan) and then running those businesses through what appear to be legitimate bank accounts.
.
From ceasefire plea to public execution Brothers’ arrest for Hamzy murder ‘could end underworld war’.
“It is therefore of critical importance that money that comes into the hands of organised crime networks is thoroughly accounted for and the origins of the money traced back to its original source.”
.
The Daily Telegraph has contacted the Belize Federal Government for comment.