HAVANA, July 17 (Reuters) – Raul Castro was among thousands who attended a government-organized rally in Havana on Saturday to denounce the U.S. trade embargo and reaffirm their support for Cuba’s revolution, a week after unprecedented protests rocked the communist-run country. 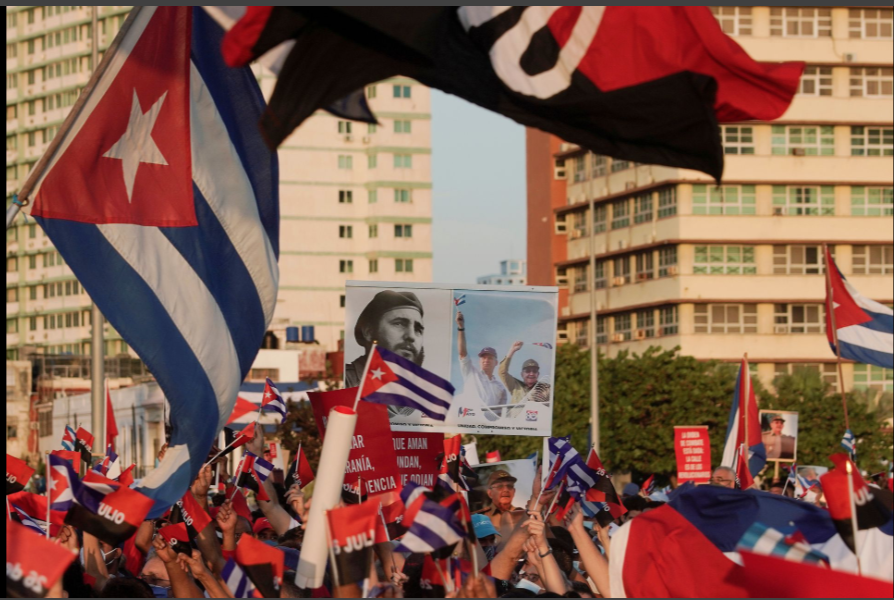 ‘There is no food, money or work’: how shortages fuelled Cuba protests

Who needs food, money or work when you got communism already? On Twitter, Facebook, Reddit, Youtube, and other internet social spaces, people advocate for big government and increased government interventions. Ironic, given that many complain at the same time about how long it took the federal government to distribute stimulus checks, not to mention how flubbed the whole process was for some people. We need to remind ourselves and others that it’s not the government’s job to keep you safe. At best, we’d be handing increased power over to representatives that have demonstrated they’re ineffective with it, and at worse, we’d effectively be signing off all our freedoms and liberties to them.

Meanwhile, back in the old USA:

‘This isn’t progressivism, or social activism, or democratic socialism. THIS IS MARXISM’: Mark Levin issues wake-up call to America Cuba’s communist revolution is one of the world’s great survivors. The Soviet Union may have crumbled, the Berlin Wall fallen and China and Vietnam turned to a form of capitalism, but Havana still stands as a lonely outpost of Marxist central planning. Only North Korea can rival it for longevity and unreformed socialism. So when thousands of Cubans took to the streets in apparently spontaneous, uncoordinated protests lacking visible leaders last Sunday calling for freedom and demanding action over dire shortages of food and medicine, a shockwave rippled across the Caribbean island. Public dissent is forbidden yet these were the largest protests in decades, probably the biggest since Fidel Castro and his revolutionaries seized power in 1959. Protesters in different cities overturned a police car, broke the windows of a hard currency store to loot scarce goods inside, gathered outside the National Capitol building in Havana to shout anti-government slogans and fought with plainclothes police, according to videos shot at the time. Some shouted the words “patria y vida” (“fatherland and life”), echoing a protest song released by Miami-based Cubans in February.

Across the Florida straits, Miami’s excitable Cuban-American community rejoiced: this looked like the moment they had long awaited, when ever tighter US sanctions would finally strangle Cuba’s economy, prompting the population to rise up and overthrow communism.