Insane. “Workplace conflicts”?? Oh, so like a bigot complaining that what someone else is wearing *on their own head* makes them “uncomfortable”?
The EU’s increasing anti-Muslim bent is enough to make a Brexiter out of many of us 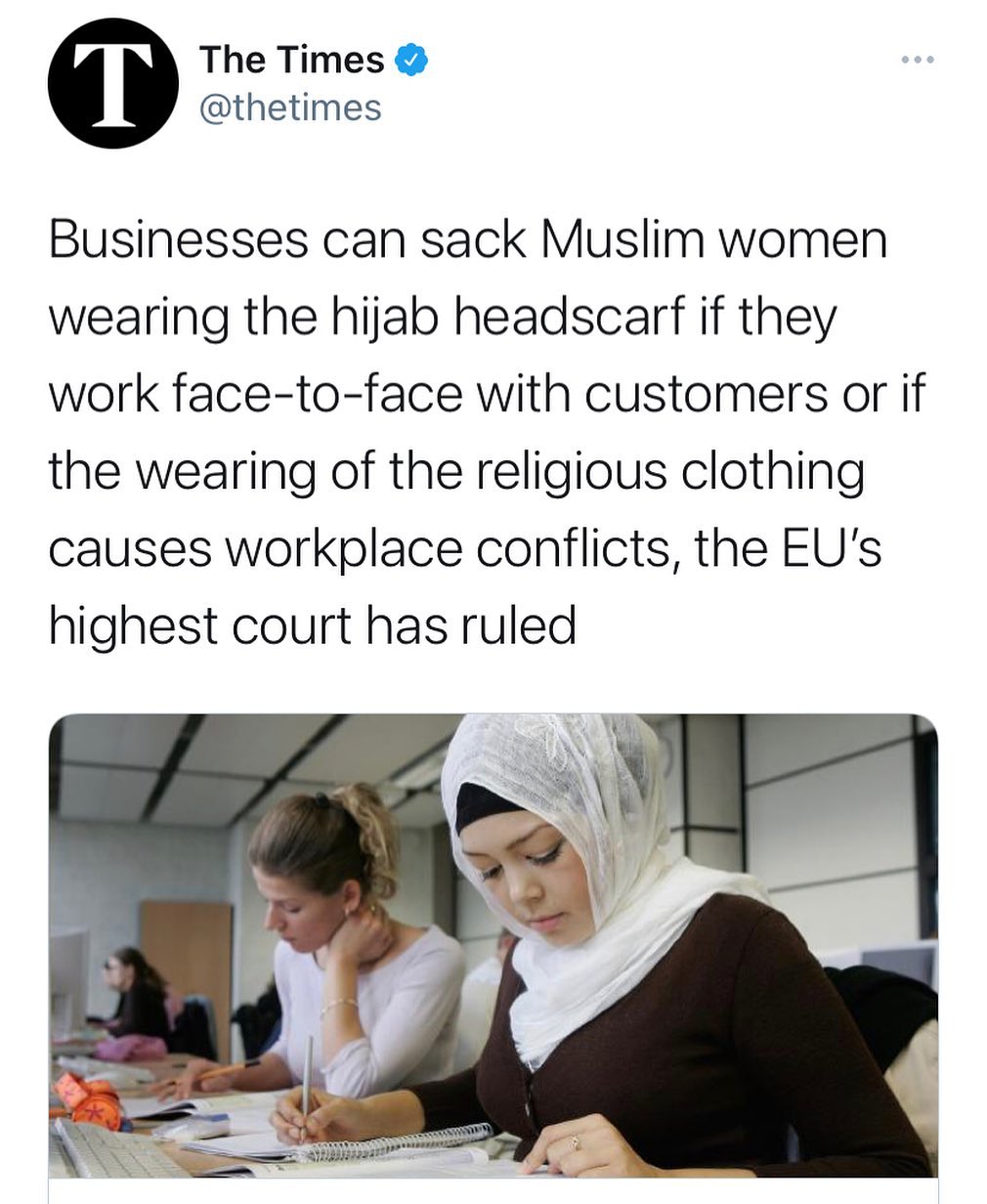 Yes, Maajid. Call me what you will, I don’t care. I know what you are. You never had me fooled. I hate the Mohammedan shrouds just like I hate the beards of the Salafists, I hate the taqiyya & the sly & sinister games deceivers like you play with ignorant kaffirs.

For once in a blue moon, an infidel employer actually won a case against the hideous head rag, after woke courts have persisted in punishing employers for decades and driven them out of business.

Interesting to see the US Supreme Court decide the same case in the opposite direction. Who knew Scalia was more liberal than the EU?

But Nawaz is a flake. In more ways than one: 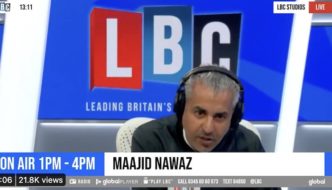 And no, Nawaz is no “reformer”. He never even made the faintest attempt to reform any of the violent parts of Koran, sira & hadith. He just glosses over them, makes some false equivalences to the Old Testament or lies about the whole ideology. Robert Spencer takes him to the cleaners, here.