A Taliban is, by definition, a ‘student of Islam’.  Why would they get their Islam wrong?

The Afghanistan Embassy in Australia, at least as far as this article shows, didn’t provide any details on how exactly the Taliban is distorting Sharia. It would have been enlightening if it had done so, as the Taliban actually are scrupulous in carrying out Sharia provisions as exactly as they possibly can. This conflicts with the prevailing view in the West, that Sharia is benign and completely compatible with Western secular society, and so it is likely that the Afghanistan Embassy in Australia is saying the Taliban’s application of Sharia is “distorted” in order to play to Western sensibilities, and not because of any actual difference between genuine Sharia and the Taliban’s application of it. 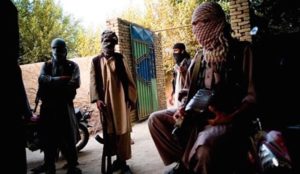 “Videos show Afghan civilians being tortured, murdered by Taliban,” IANS, July 16, 2021 (thanks to The Religion of Peace):

New Delhi, July 16 (IANS) The Afghanistan Embassy in Australia has released a series of videos which appear to show appalling atrocities committed by the Taliban as the militant group intensifies its campaign to take control of the country, ABC reported.

The Embassy said it has collected the recordings from several parts of Afghanistan, which have recently fallen back under Taliban control as Western forces withdraw from the conflict-hit nation.

Two separate clips show Afghan civilians — who the Embassy said are civil servants working for the government of Afghanistan — being beheaded by the Taliban, the report said.

One video shows Afghan soldiers surrendering and then being shot and killed by men who appear to be Taliban fighters.

Another video shows a man — apparently a civilian — being subjected to brutal torture in a public square, while a fifth video showing a woman being whipped by Taliban soldiers for breaking “modesty” laws.

The Embassy also provided photos showing the dead bodies of three people which it has identified as Afghan civil servants.

In a statement, the Embassy said the videos showed “the extreme violence, heartbreaking atrocities, and the horrible war crimes committed by the Taliban in the areas where they have recently entered”.

The Embassy said the videos and photos proved that the Taliban remained wedded to its “distorted interpretation of Islamic Sharia”….