Australians are suffering under Covid tyranny.

Melbourne coppers end up with bloody noses. No surprises here, because they been behaving like pigs. They attacked women with children & subjected 12-year olds with pepper spray. Now it’s game on. 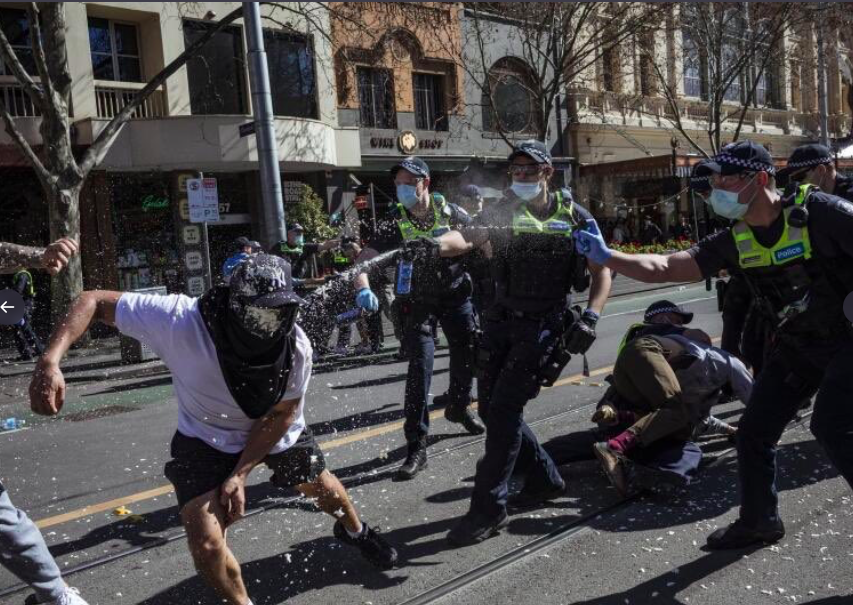 Melbourne anti-lockdown protest: Six Victoria Police officers have been hospitalised after today’s violent protest, and another officer injured. Of those, two have suspected broken noses, one has a broken thumb and the others have concussions. @theheraldsun

Melbourne anti-lockdown protest: Victoria Police say they were “forced to use a range of non-lethal options” including pepper ball rounds and OC foam cannisters in an effort to disperse the rowdy crowd. @theheraldsun

Anti-lockdown protesters in Victoria have clashed with police as they broke through a line of officers standing outside the state parliament building on Melbourne’s Spring Street. 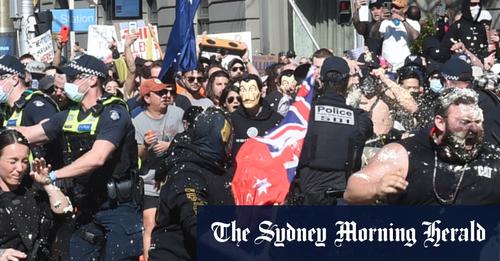 More than a thousand anti lockdown protestors are marching through Melbourne streets, with flares being set off as the crowd chants “freedom”. Details: https://t.co/OMW24jThT0 pic.twitter.com/Y46iFhcyGx

The Government tramples civil rights and human rights and then the police trample the people with horses and shoot them with rubber bullets.

Australians have had enough ! pic.twitter.com/TtqxEbwFkz