The apparent incompetence of the Democrats running our government is so extreme as to beggar belief. Biden couldn’t get his shoes on the right feet without assistance, but are the people who installed him in power and do his thinking for him really as inept as recent events suggest? Alarmingly, maybe not.

Lara Logan makes the case that the disastrous outcome in Afghanistan — complete with thousands of Americans left behind for the Taliban to take hostage — must have been intended:

“The United States government could change this even today. And they don’t do it.”

Why not? Logan doesn’t exactly have the answer, but her insightful questions might put curious journalists on the right track:

Incompetence or treason? Take them to Democrat extremes and they become nearly indistinguishable.

The Trump Administration had a plan in place to evacuate our people and our military equipment in the event of a sudden collapse into Taliban rule. The Biden Administration canceled it. Consequently, Americans are in extreme peril with no help on the way and a massive quantityof US military equipment has fallen into terrorist hands. This argues for deliberate malice over incompetence. It is inconceivable that no one in the White House knew this would happen.

As Andrea Widburg puts it,

It appears that [the USA] is being led by an incompetent moron, but it’s probably worse than that: she is led by people who wish to “fundamentally transform” America and place purported global goals above American well-being, and who don’t care how many people die to achieve their goals. 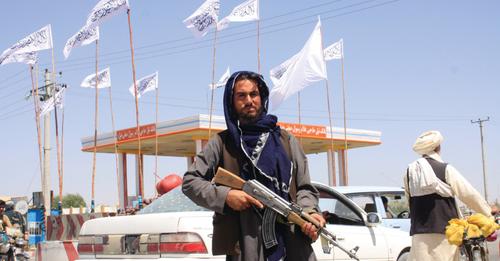 Taliban fighters hunting a journalist from Deutsche Welle have shot dead one member of his family and severely injured another, the German public broadcaster said, adding that three more of its journalists had had their homes raided.

The planes going to Afghanistan are empty. I suggest we fill them with democrats, the squad, BLM and Antifa so they can show the Taliban how smart they are and how destroying the US is done.

A threat assessment warned the “Taliban are intensifying the hunt-down of all individuals and collaborators with the former regime”.