The French President goes the full sook in a call with the PM.
Macron says we need to do the hard work to ‘rebuild’ trust.
Oh and he wants us to ban coal. FFS! 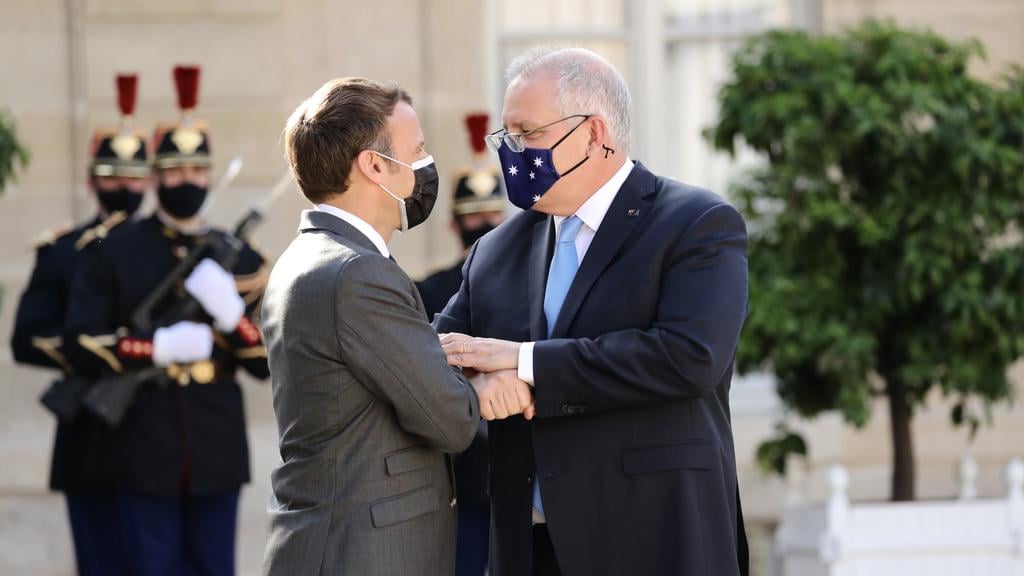 Perhaps a future synonym of ‘net zero’ will be ‘all for nothing’. For surely that is what the last three or four weeks of climate backflips, U-turns, ‘compromises’, ‘deals’ and ‘roadmaps’ have achieved. History will show that Scott Morrison’s gargantuan efforts to find a political solution to climate change have amounted, literally, to nothing. In fact, it’s not even net zero. We’ve lost plenty but gained zilch.

Here’s what has been lost, and it’s quite a list. First and foremost, the credibility of the federal Coalition has been incinerated on a bonfire of vanity, venality, trickery, posturing, deception and obfuscation. Clearly, the government was so arrogant after surviving and indeed enhancing its reputation during the Covid crisis that it genuinely believed it could construct a politically palatable formulation that would neutralise ‘inaction on climate change’ at the next election. No doubt any number of focus groups assured them that this was the case. That the effort to do so has thus far cost the career of every prime minister since John Howard doesn’t seem to have fazed those closest to Mr Morrison. But they gave the game away when Mr Morrison announced that his net zero plans were as much about the economy as the environment. This followed on from Treasurer Josh Frydenberg’s threat that some sinister cabal of ‘international investors’ had been in his ear instructing him to ignore and over-ride the government’s democratic mandate won convincingly in the 2019 ‘climate change election’. That mandate was clear and unequivocal: to stick to the Paris agreement’s 26 to 28 per cent reductions but no more, the electorate having rejected Labor’s 45 per cent reductions. 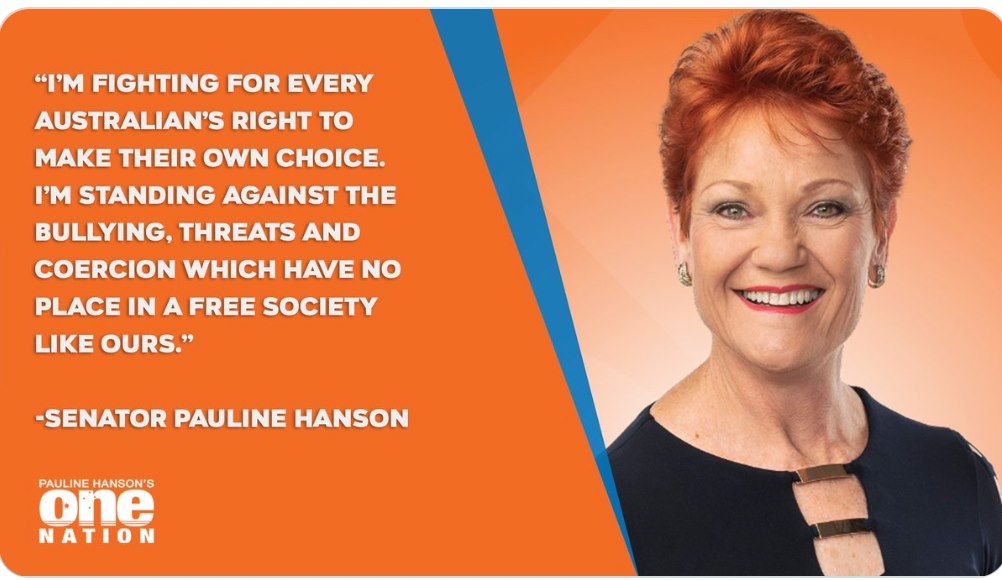 “State premiers are walking all over the Prime Minister and his so-called national plan, locking down communities at the whiff of a new case and refusing to commit to the open borders that are the constitutional right of every Australian citizen,” she said.

“Scott Morrison is impotent in preventing it. He’s too gutless to admit the Constitution forbids the Commonwealth from authorising civil conscription with respect to medical services, so he lets the states and territories trample all over our right to choose, take away our jobs, separate our families and isolate our communities.

“Scott Morrison is clearly not fit to lead this country if he won’t stand up for Australians’ right to choose.”

So the winners for the time being appear to be those so-called ‘modern Liberals’ much beloved of the ABC and the inner-city latte-sipping set who have been relentlessly pushing the climate change bandwagon. But the sweet taste of victory will soon turn sourer and flatter than a bottle of bubbly left open all day on a sun-soaked Point Piper harbourside deck.

What has also been lost is the ability for those on the centre-right to continue to paint the Labor party and Anthony Albanese in particular as reckless globalists and/or socialists who put Green ideology and United Nations/World Economic Forum/International Monetary Fund dogma ahead of the dignity, wellbeing and national pride of everyday, hard-working and aspirational Australians. In essence, what Mr Morrison has done is cede our sovereignty and economic independence to the whims and diktats of a motley crew of foreign central bankers, Wall Street hedge fund managers, Silicon Valley techno-oligarchs (technogarchs?) and Extinction Rebellion activists.

Paul Keating once warned we were on the path to becoming a banana republic. Well, Scott Morrison has just delivered that status to us, slippery peel and all: surely the definition of a banana republic is one that has zero independence because it is simply a plaything of foreign financial interests.

Clearly, the concept that foreign investment comes into this country based on the quality of our products and ingenuity of our workforce is anathema to the  current pack of PowerPoint politicians.

We’ve also now lost any hope of dragging our economy out of the post-Covid doldrums with a gigantic net zero albatross tied firmly around our necks. For history has shown us one thing with absolute clarity; once you give an inch to the climate cult, they demand a mile. Or to be more Shakespearean, give them your word and they will demand their pound of flesh. In our case, quite literally – one of the demands that will be made at Glasgow is that countries like Australia phase out our meat industries. And because we have now tacitly agreed to the central demand that we reduce our emissions to zero, our cattle won’t have, well, a leg to stand on.

As for other businesses, if the transition to net zero is all roses, as the PM and Energy Minister Taylor now claim, why do we have ASIC empowered with the ability to charge, fine and even presumably jail company directors whose firms are not committed to this self-destructive madness?

That’s only a tiny sample of what is on the losses side of the ledger. But when you look onto the plus side, the column is empty. Lily-livered Liberals have been excitedly boasting that ‘net zero’ will open the floodgates to future investment, yet within hours of the Prime Minister releasing his blueprint and laying it neatly on top of his clothes in the suitcase for Glasgow (make sure you take your thermals, PM), everyone from CNN to Sir David Attenborough to arch-luvvy billionaire Mike Cannon-Brookes were sneering at his ‘ridiculously embarrassing’ effort. Expect a heap more of this in Glasgow. And as Sky’s Michael Kroger predicted, no sooner has Mr Morrison trotted out his plan than suddenly over 700 ‘institutional investors’ are now demanding an economy-annihilating 45 per cent emissions reduction on 2010 levels by the end of this decade.

One thing we can say with total conviction: you can never satiate the climate cult; everything you give them only spurs them to demand more.