Why I should ever vote Liberal again? 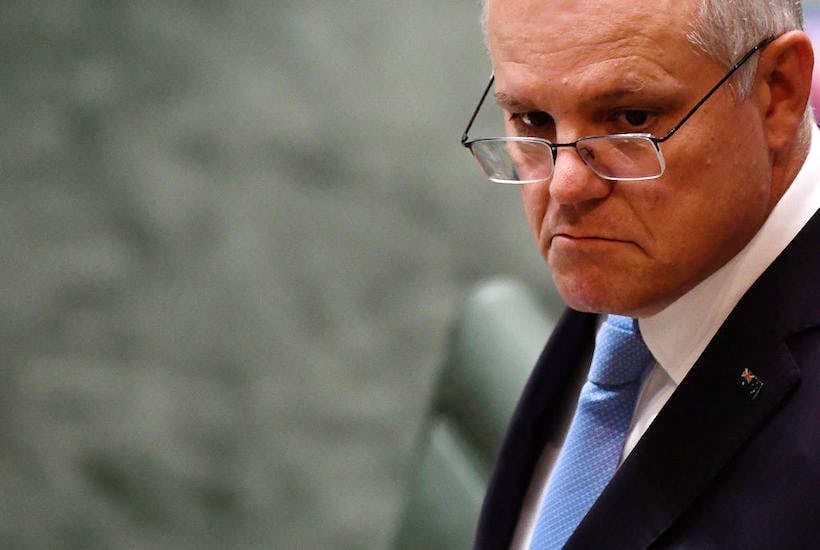 If Prime Minister Scott Morrison has decided he wants to sign up to the United Nations climate cult, that is his prerogative. But he needs to explain his change of mind first to voters at an election, not to globalists in Glasgow.
.
I could care less that Prince Charles will stomp his royal feet if Australia is unrepresented at this month’s COP26 climate gabfest. The only “last chance saloon” the Prime Minister should be worried about is the one occupied by Liberal voters whose patience with Labor-lite is fast wearing thin.
.
The majority of the voting public didn’t buy the climate alarmists’ Chicken Little routine at the last election, and nothing has happened since then to change our minds.
.
What happened to the Scott Morrison who, in 2017, proudly held up a lump of coal in Parliament and dared those on the other side of the House to not be afraid?
.
What happened to the Scott Morrison who, just two years ago, insisted “you can’t run a strong economy in Australia on a 45% emissions reduction target”?
.
Why is he suddenly insisting on net-zero nonsense to make net-zero difference to a problem we are not certain exists by means that do not yet exist at a cost no one can quantify? And all to satisfy a US president who cannot remember his name! 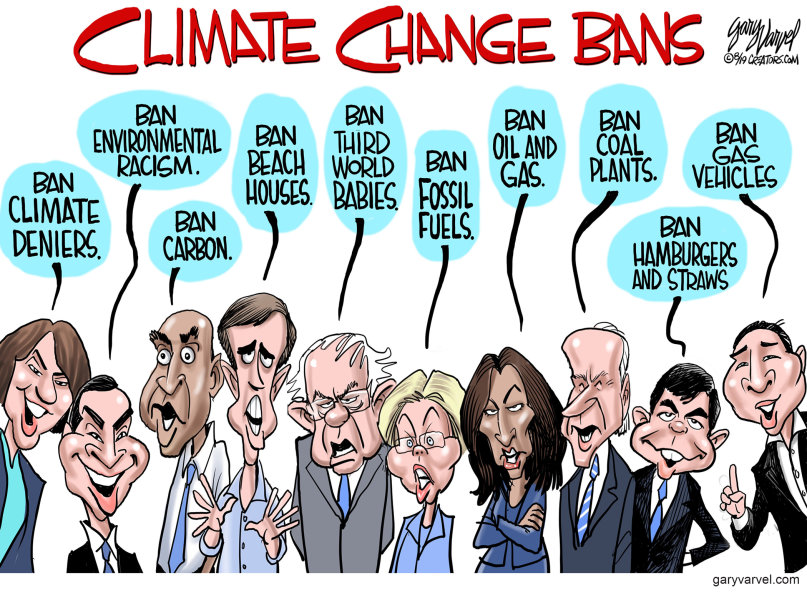 Ah, but a net-zero commitment was “important for Australia’s standing in the international community”, he argued yesterday.
As Greta Thunberg would say: “Blah, blah, blah, blah, blah”!
.
It seems that Morrison’s hobnobbing on the international stage has gone to his head. Rather than working for Australia and Australians, he is determined to gain approval from weak woke Western leaders by following their un-costed policies in search of an unachievable target.
.
It’s amazing what some people will do to ingratiate themselves with the celebrity/elite/entitled class.
.
The PM who sold himself as the champion of Quiet Australians is now prepared to sell them out just to get on the right side of Sleepy Joe, Chuckles Harris, Bonkers Boris, Crazy Charles and the teenage Goblin of Doom.
.
To steal a line from one of Morrison’s gaggle of new best friends, “How dare you!”
.
But the Western alliance “now more than ever” depends on Australia committing itself to a net-zero target, the PM warned yesterday.
.
Really? Our allies will not stand by us in the event of war if we have not first committed to net zero emissions by 2050?
.
If that is true, then our economic security is already under attack – and by our friends! We will compromise our security if we do not have cheap and reliable energy, not the other way around. To trade our economic security for military security is to ultimately lose both.
.
Yes, yes, but it’s all okay, we are assured, because “secret modelling” underpinning the PM’s net-zero emissions plan shows the economy will continue to grow.
.
Is this like the ‘secret modelling’ that underpinned decisions to implement curfews and close children’s playgrounds in response to Covid-19?
And does the ‘secret modelling’ show what difference net-zero emissions will make to the bush fire season in 2051?
.
Voters have had a gutful of secret modelling.
.
Agriculture Minister David Littleproud, talking about the climate debate, this week told the ABC that “zealots from both sides should really just bugger off”.
.
If Mr Morrison is not extremely careful, that is exactly what his base will tell him at the ballot box next year. 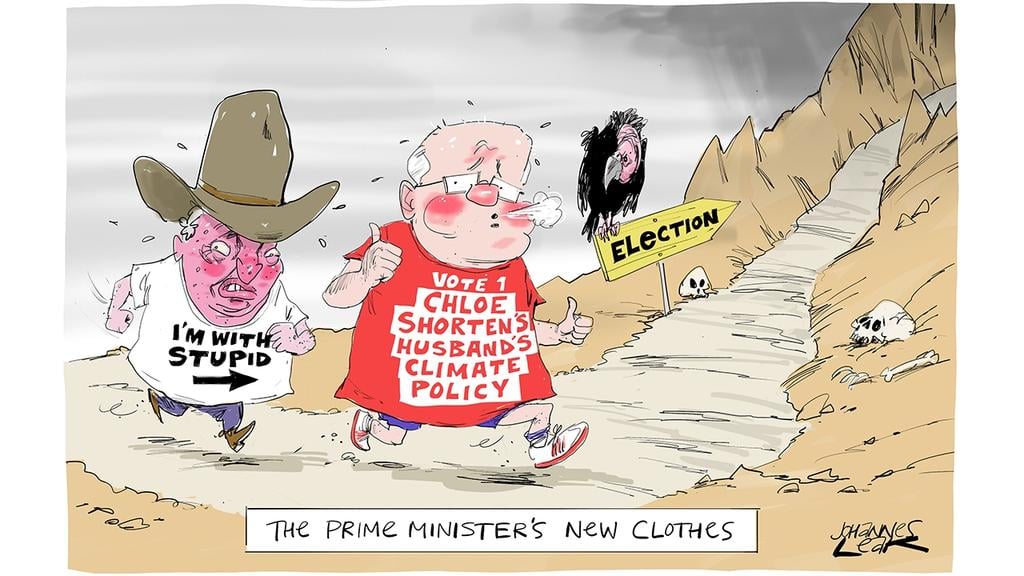 David Flint The Spectator Australia 17 October 2020
.
The 2020 budget is a financial disaster designed to fund an earlier disaster, a government-imposed depression, camouflaged by massive borrowing, as a recession. Under this, the politicians have delivered a trillion dollar bill to remedy their mess to what pollsters tell us is a grateful nation. They also told us Shorten would be PM, Hillary president, the UK remain a Franco-German appendage and Australia become a politicians’ republic. They now predict the implausible, a massive Biden landslide. If there were a crumb of truth in that, why are Democrats so desperate to paint Trump as a white supremacist? The truth is they’re frightened because black support for Trump has more than doubled since 2016, as has support from Asians and Hispanics.
.
Polling is not a science, and as we explained here before the last Australian general election, pollsters can make fatal mistakes. That doesn’t excuse pollsters pretending a growing number of ‘shy’ Trump voters do not exist, nor inflating Democrat support to disillusion Republicans into not voting.
.
Apart from the crucial question as to who will lead the US and the West, the big question for Australia is how to ensure our failed political class can never again wreck the economy and strip Australians of their ancient rights.
There is a solution. Constitutionalise the ‘pub test’; that phrase being shorthand Alan Jones uses for the key question of whether some or other proposal is consistent with common sense.
.
This is made more urgent because the Budget actually threatens even more disasters, more lockdowns, if a vaccine is not available next year
.
The politicians haven’t yet had the decency to apologise or even to explain their blatant untruth in telling us the lockdown was just to ‘flatten the curve’, i.e. spread the rate of infection so hospitals could cope with a wildly exaggerated predicted need for hospital beds. They changed this later to say lockdowns are to eradicate the virus.
They’ve imposed these lockdowns, now condemned by many experts, mainly through ministerial regulations. Most are so extreme they are unlawful. An example is Federal Minister Simon Birmingham arrogantly considering instructing Australians, a free people, which countries they can visit next year.
.
Most politicians are demonstrating today that they lack that very quality Burke said was the reason why politicians are elected —their judgement. Such judgement must be based on common sense developed through real world experience, together with an overwhelming love of their country. But with the corruption of representative democracy—far worse in Australia than comparable countries — most Australian politicians today have little such experience, too often giving their loyalty to some powerbroker based on their own narrow self-interest, rather than to the nation.
.
This explains why they have allowed so much of our premium and even strategic assets to fall under alien communist control, why once cheap electricity has become among the world’s dearest, why precious water is still pouring into the sea, why education is in such decline, why the defence budget has been blatantly commandeered for political purposes and why no serious attempt is being made to restore manufacturing.
.
Lacking such Burkean judgement, our politicians have chosen to be guided instead by notoriously ‘always wrong’ computer modelling presented by unelected ‘experts’.
.
This led them into the Paris Agreement web, despite the fact that one-time UN climate chief, Christiana Figueres, admitted its purpose is to destroy our free enterprise system. Figueres, like Paul Keating, is especially impressed by the government of communist China.
.
While President Trump will have no truck with Paris which he knows will run down the US economy and bring on national decline, our politicians do not share his courage or patriotism.
.
Having been persuaded to support the nation-destroying global warming dogma through computer modelling, it is not surprising that politicians would see the answer to the Wuhan virus provided by, believe it or not, even more computer modelling.
.
Predicting the death of 150,000, the model presented to the National Cabinet erroneously included a projection of a daily need for 35,000 intensive care units, of which three are currently in use.
.
Not only did no one on the National Cabinet notice, nor did anyone in their several armies of advisers. And because they inexplicably treated the modelling as a state secret, none among the millions of Australians endowed with common sense could warn them.
.
Not only that, the politicians curiously obeyed Beijing’s instructions to treat Taiwan as a leper, losing the benefit thereby of a country which has developed world’s best practice on dealing with pandemics. With a similar population and not enjoying the singular advantage of remoteness, she has had no lockdown and only seven deaths.
.
Ominously, this unnecessary lockdown is now a model which will, unless our addicted politicians are controlled, be used again. There are already calls by global warming alarmists for the lockdown approach to be used to reduce ‘carbon’. This is essential to life, CO2. What next?
.
Two things must be done now, simultaneously. First, a Royal Commission into this mess. By far the best person to do that is the only politician enjoying international commendation for his work when health minister on pandemic planning, Tony Abbott. Second, make the politicians accountable, as explained at goodsauce.news. This can be done through the tools of direct democracy, which work so well in several other countries. In Michigan, USA, for example, Governor Gretchen Whitmer has been found by the state Supreme Court to have acted unlawfully in imposing lockdowns. Petitions have now been lodged which, if 25 per cent of electors sign them, will send her to a special recall election. Why can’t Australians do this? Why shouldn’t Australians be able to propose new laws or repeal others? When some court tells us a law or the constitution means something which astounds most Australians, why shouldn’t they be able to vote on that?
.
People in other countries can; surely its time Australians took back our country from those failed politicians. Let’s finally unleash our common sense.

One thought on “We don’t have leaders. We have the dumbest politicians in the world”