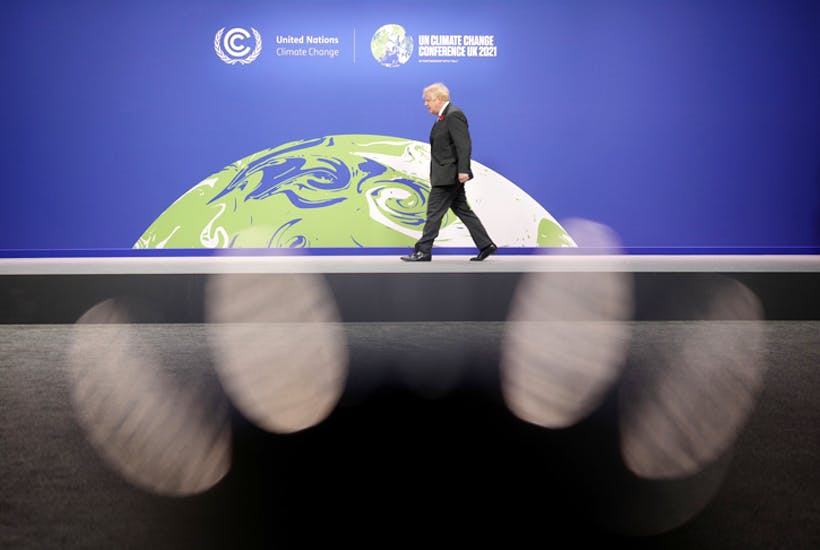 The calamity that is net zero

Climate change is the longest-running show in Australian politics. But for one group in particular, they have seen this movie many times before.

They are the victims of the great environmental swindle of the 1997 Kyoto Protocol, when the Howard government was desperate to give the appearance of reducing Australia’s greenhouse gas emissions without affecting our heavy industries.

It invented the Australia clause as a novel part of the international Protocol, whereby the bulk of our contribution to ‘saving the planet’ would come from restrictions on land clearing. If Australia kept enough trees that soaked up carbon, we wouldn’t have to do any real emissions reduction.

It was sneaky politics and clever economics. Except for one excruciating catch: it pushed the heaviest burden of Australia’s Kyoto compliance onto farmers in a relatively small part of the country – Central West and North Western NSW and regional Queensland. Their land was locked up, like wards of the state, with its financial viability sacrificed at the altar of climate change.

They were the first victims of this wretched policy and now, as Scott Morrison tells Glasgow of his commitment to net zero, we should remember them. These farmers can teach us about the true impact of selective climate sacrifice.

For starters, they never received any compensation for the way in which governments prevented them from clearing their land for agriculture. The New South Wales and Queensland state governments did the dirty work for the Commonwealth, thereby avoiding the ‘just terms’ compensation clause in the Australian Constitution.

There’s nothing new in the net zero debate. The nation’s first experiment with coercive climate laws commenced twenty-four years ago. State land-clearing laws have resulted in devastating economic and environmental impacts on the farmers, their communities and the land itself.

Last week Fiona Simpson from the National Farmers Federation described the laws as ‘statutory theft’. It doesn’t matter whether you call it acquisition, appropriation or a legalised land grab.

On privately owned property, governments removed farming rights to several million hectares of native vegetation without a dollar of compensation. There is no precedent for these laws and it is hard to think of another situation where so few have been so heavily burdened for ‘the common good’.

For the worst-affected NSW farmers, the economic impact was and remains dire. They have been forced into a financial return on their land just one-tenth of its best farm use. Near the Queensland border, the protected native country currently yields an annualised 0.5 per cent return on capital for grazing. On cleared and cultivated country used for broad-scale cropping, the same country yields 5 per cent.

The Carr government’s land clearing ban also amounted to a ban on broad-scale weed management. The burden imposed by the laws not only prevented farmers from utilising their asset in the most productive way, it also prevented them from caring for their land efficiently.

The significant additional cost of spraying out a major weed infestation over hundreds or thousands of hectares using a backpack and wand (as opposed to traditional broad-scale methods) did not warrant continuing to manage the land for the increasingly marginal enterprise of grazing.

The farmers had warned that over time the Kyoto laws would cause widespread environmental damage.

The long-term impact of criminalising caring for the land was entirely foreseeable: the land would stop being cared for. Fast-forward 24 years and regions approaching half of the native country (collectively millions of hectares) are in trouble. North-west NSW has become a rapidly expanding monoculture of invasive native species mixed with other weeds.

You do not need to be an expert ecologist to realise that ugly, strangulated scrub (host only to vermin such as wild pigs and dogs) has extremely poor outcomes for biodiversity and threatened species. Nor does it sequester much carbon.

In the early days, the farmers rallied and protested, barricaded Premier Carr in the Walgett airport, and marched in Sydney and Canberra. Then they hoped for a better deal from the Liberal National party government elected in 2011.

Long-promised new rules in 2017-19 did not address the problems. About 175 farmers in north-west NSW have now succumbed to the favoured modus operandi of the environmental administrative state: under threat of conviction and crushing penalties, property owners may instead sign up as in-perpetuity conservators of the national estate.

The net zero farmers have been ‘triaged’ (the state’s language) into permanent on-title ‘conservation agreements’ in lieu of criminal prosecution. The farmers, most of whom have never had a speeding fine, have faced monstrous legal exposure and costs. In what feels like a dystopian nightmare, they have abandoned any legal defence and handed over their land.

These are the Australians who have shouldered the nation’s Kyoto burden. In practice, they fear government regulation more than climate change itself.

If this is what net zero looks like, it hurts like hell and can have terrible, unintended consequences. Australia’s city and townsfolk please take note.