Over the past 4 decades Fauci and friends have spent close to a trillion dollars on the AIDS-insustrial complex without ever producing a vaccine that works or a safe and effective therapeutic. It is a criminal racket which does not want a solution, just wants more money.

Even GERMANY is now “hinting” that their record breaking registered deaths, are from TREMENDOUS EXCESS DEATHS due to the INJECTIONS.

More on this later.

No one died from Omicron.

The much-heralded “first Omicron deaths” in the USA and the UK fell apart upon closer scrutiny. Something similar seems to have happened in Austria, based on the following report.

Gates of Vienna posted a translated article about the varying toxicity of different batches of the mRNA treatments intended to mitigate the effects of the Wuhan Coronavirus. The differences are significant, and so clearly linked to the batch numbers that they cannot possibly be random. Some of the batches were deliberately made more toxic than others, for reasons that are not yet known.

The article was based on remarks made in a video by the German physician Dr. Wolfgang Wodarg, addressed to the “walkers” who take to the streets of German cities on Mondays to protest the country’s vax policies. Dr. Wodarg has been deplatformed by various video services, but this clip was captured, subtitled, and uploaded to 3Speak.

END_OF_DOCUMENT_TOKEN_TO_BE_REPLACED

If there really is ‘misinformation’ on the Joe Rogan podcast, why not REFUTE it rather than SILENCE it? Silencing is what you do to the uncomfortable truth, not the lie.

When citizens assemble to peacefully air their grievances and question Government policies they are ‘participating in Democracy.’ When a Government labels those people terrorists and says they are a threat to Democracy, they see them as a threat to their tyranny.

Newsmax is accusing @OANN of “fueling conspiracy theories” about 2020 election. This should tell you all you need to know about Newsmax. Big Pharma dollars always speak. Trash.

In France, if you die from the VAXXINE, your family gets NO life insurance payout. The court says, "you should have known better! It's your fault, and it's as if you committed suicide!". No refunds. https://t.co/EEc1rjU7OQ 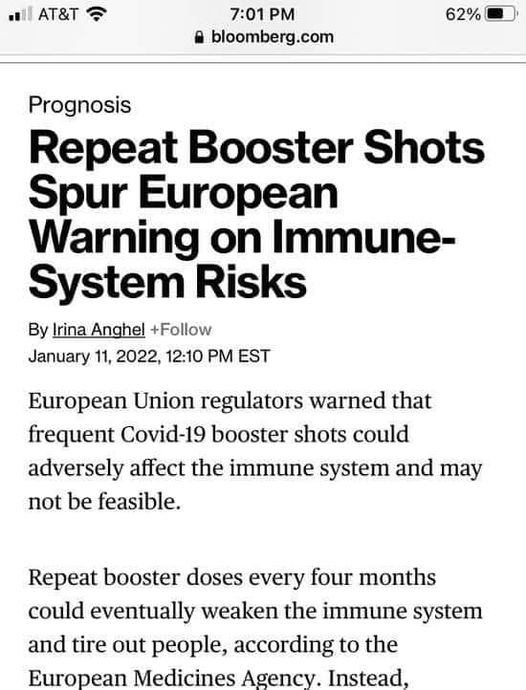