Why people like ScoMo should never be elected to high office 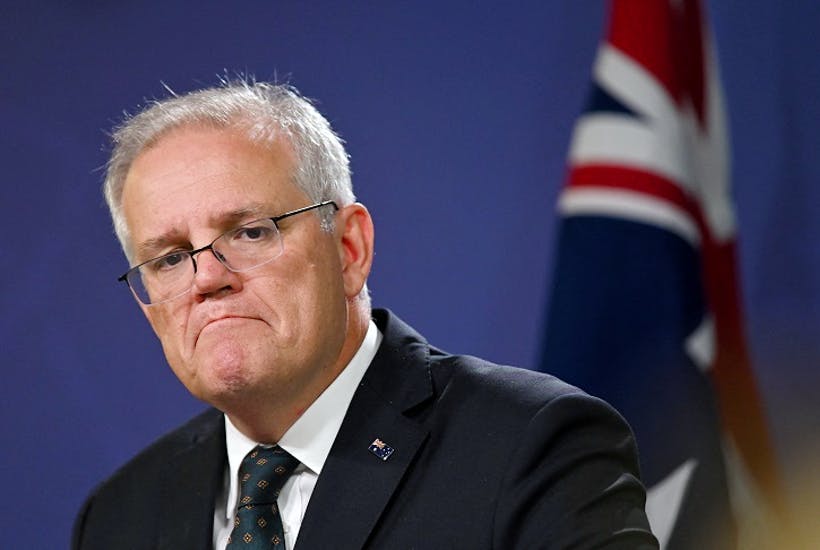 When Scott Morrison was asked what he thought of the Russian President, Vladimir Putin, Mr Morrison responded: ‘I call him a thug.’

‘We continue to be extremely concerned with the terrible violence we have seen inflicted on the people of Ukraine by Russia, unwarranted, unprovoked,’ Morrison said, while adding, ‘We are now living in a world where authoritarian autocracies are seeking to have their way.’

The Prime Minister offered this further observation: ‘The world is starting to separate between those sort of authoritarian autocratic regimes who want to go and do whatever they want, wherever they want, and Western liberal democracies and others who want to support the rule of law.’

However, ‘charity begins at home’, as the old saying goes. Scott Morrison’s words, while they may afford him short-term political favour and plaudits, are in direct contrast to those he has made in relation to freedom and the rule of law in this country.

The anti-free speech politicians of Australia 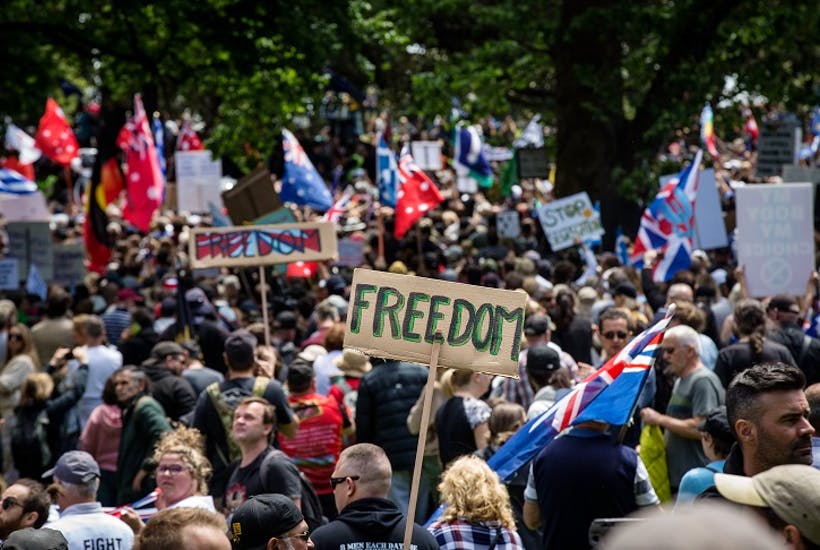 Free speech is not just another one of our freedoms, it is the foundation of freedom that all our other freedoms come from. If we can’t speak freely, then we can’t think freely.

Politicians are supposed to protect free speech at all costs, not tell people what to say.

Nothing Kamala can’t fix with stupid: 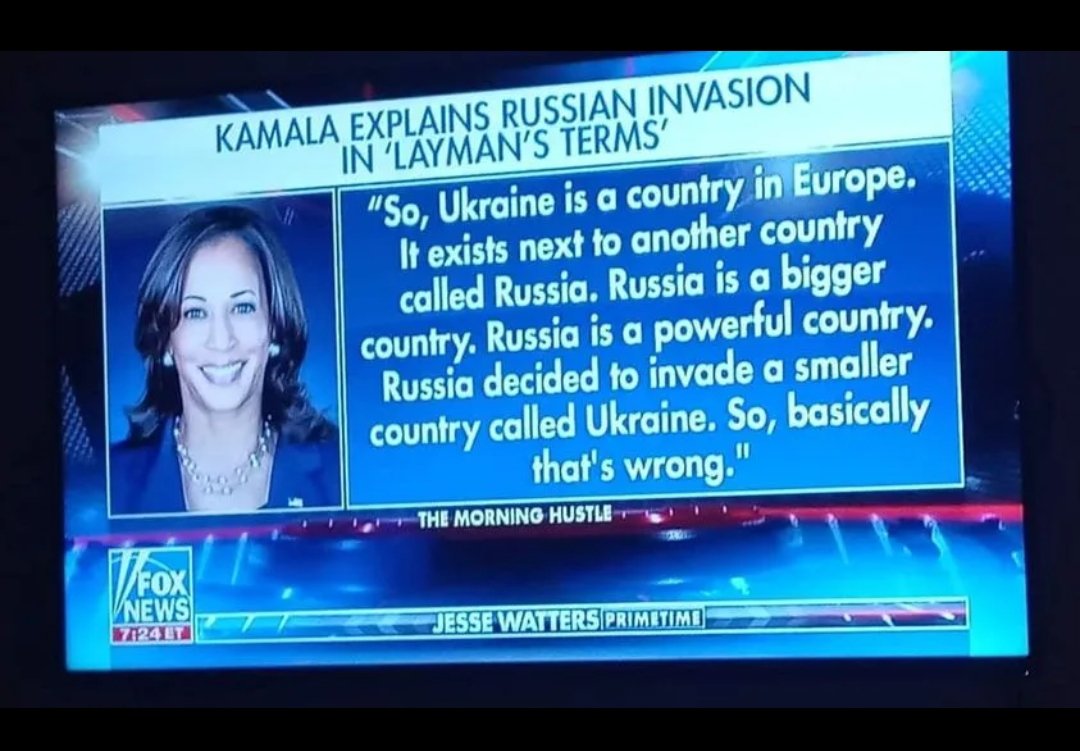 For example, on several occasions, the Prime Minister has eviscerated the presumption of innocence, the cornerstone of Australia’s criminal justice system. He commented, under parliamentary privilege, no less, on the case of Brittany Higgins, who alleges she was raped in Parliament House while intoxicated. Indeed, Higgins received an apology from Morrison, who uncritically assumed the veracity of her narrative. However, more importantly, he jeopardised the upcoming trial of the accused, Bruce Lehrmann, who has vehemently denied the allegation and pleaded not guilty to the charge. Whatever slim chances he had of a fair trial went out the window with Morrison’s apology, along with the sub judice rule, which limits comment relating to judicial proceedings in order not to prejudge the issue.

Morrison also pre-judged Cardinal George Pell and assumed his guilt, by stating (before Pell’s conviction was unanimously quashed by the High Court) that ‘our justice system has affirmed no Australian is above the law’ and that ‘the courts had done their work well’.

As we have seen repeated over the last couple of years, the Prime Minister has publicly backed Victorian Premier Daniel Andrews, including his imposition of de facto martial law across the state. Indeed, Mr Morrison not only has refused to criticise the Victorian Premier for being unable to stop the spread of the virus, he has further encouraged political arbitrariness and oppression in Victoria by, in his own words, ‘encouraging the Victorian government to ensure that there are appropriate penalties for those who do break public health notices.’ In Victoria, while demonstrations against lockdowns and vaccine mandates were ruthlessly repressed by police, which however turned a blind eye when a Black Lives Matter (BLM) protest took place. In this context, Greg Sheridan of The Australian commented at the time that ‘all the ­normal mechanisms of democratic deliberation and accountability have been diminished or erased in Victoria’ and that ‘democracy has collapsed in Victoria. So has good government’. Morrison’s response to all this was to affirm that the oppressive lockdown was the ‘right decision’, demonstrating so obviously his authoritarian bent.

Witness, too, his encouragement for the Premier of Western Australia, Mark McGowan, in consistently cutting off that state from the rest of the country. Even recently, when asked on Perth Radio 6PR whether the Premier did the right thing by deferring the planned border opening, the Prime Minister answered: ‘Yeah, I think he did.’ He added that it was ‘the Premier’s call … he has to make that decision based on what he thinks his health system is ready to absorb’ and that ‘at the end of the day, Mark McGowan is going to make that call and we’ve been supporting him’. Such unwavering support from Scott Morrison has seen footballers come and go as they please, while parents were prevented from entering Western Australia to retrieve the body of their deceased son unless they quarantined for 14 days.

There have been several other statements from the Prime Minister which confirm his appalling lack of regard for freedom concerns. Who could forget this vacuous statement of his from 2017? ‘Free speech doesn’t create one job, doesn’t open one business, doesn’t give anyone one extra hour. It doesn’t make housing more affordable or energy more affordable.’

Such senseless comments, as well as pathetic inaction in some instances and legislative overreach in others, have done more to threaten freedom and the rule of law in this country than may be immediately apparent. In fact, in its seminal Legal Rights Audit of 2019, the Institute of Public Affairs argued that 381 separate provisions had breached our fundamental rights via Acts of Federal Parliament. ‘The Coalition government is trashing fundamental legal rights of all Australians, creating an unprecedented challenge to individual freedom and human dignity,’ wrote the Report’s main author, Morgan Begg.

This is one reason why aggressors such as Putin are emboldened. They know that, while politicians in the West such as Morrison may talk about freedom, they don’t really believe in it, and consequently will probably never lift a finger to defend it.

Dr Rocco Loiacono is a Senior Lecturer at Curtin University Law School. The views expressed in this article are those of the author and do not necessarily reflect the views of Curtin University.