Mohammedans hate nothing more than infidels celebrating their high holidays. Pesach in Israel is an annual event of Pali rage, celebrated by riots, rock throwing, murders, teargas and mass-arrests. 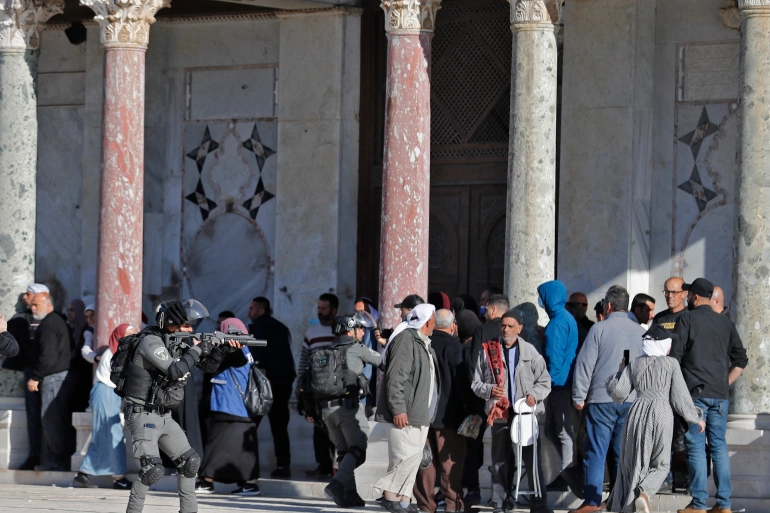 Videos circulating online showed Palestinians throwing rocks and police firing tear gas and stun grenades. Others showed worshippers barricading themselves inside the mosque amid what appeared to be clouds of tear gas.

It was the most serious violence at the holy site in nearly a year. Palestinians view any large deployment of police at Al-Aqsa as a provocation.

Hundreds of Palestinians detained after Israeli police entered the mosque compound before dawn. 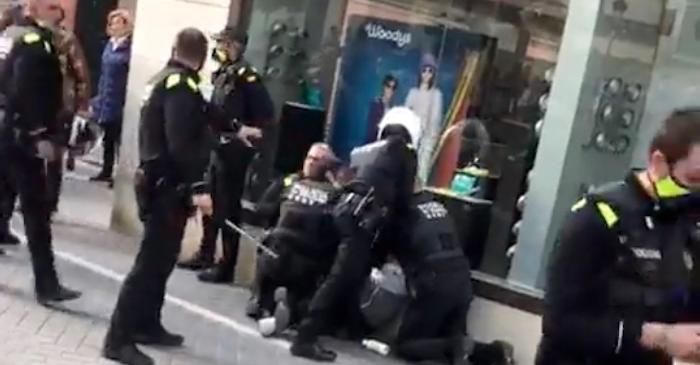 Spain: Muslims block Easter procession, attack police who try to get them to allow the procession to pass

Islamic law forbids non-Muslims to make public display of their religious festivals. These young Muslims likely believed that the Holy Week procession was wrong and offensive, and thus had to be stopped. The “most vile of created beings” (Qur’an 98:6) must not engage in behavior that “the best of people” (Qur’an 3:110) dislike. 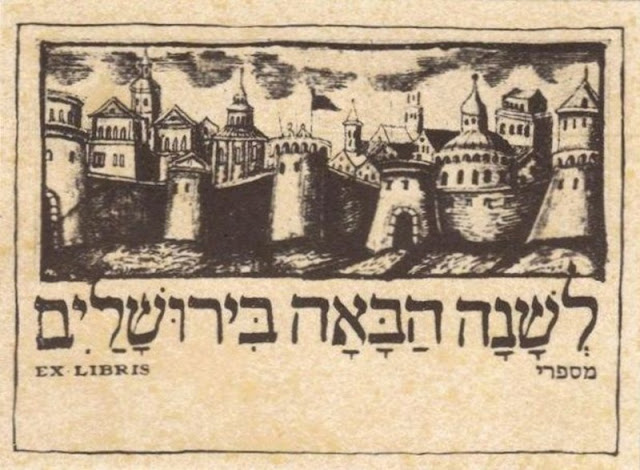 “Next Year in Jerusalem” answers EVERY anti-Zionist argument.
* It proves that Jews were in the Land first.
* It proves Jews are a nation, not merely a religion. Nations are tied to land, not just faith.
* It proves that Jews never lost their desire to return and maintained an almost supernatural emotional tie to Israel and Jerusalem.
* It proves that Zionism is an integral part of Judaism, as this is only one of many expressions of prayer and desire to end the diaspora and return to Israel.
It also proves that Zionism isn’t “racism” or “ethnic cleansing.” Zionism is simply an expression of the age-old desire to resurrect the Jewish nation in historic Jewish land.  Redefining it as racism is itself antisemitic.
Besides that, in comparison, you will not find a similar longing or desire or love of Jerusalem or the Land of Israel in any other culture or religion. The Arab interest in Jerusalem has always been the desire to take it away from Jews, not a desire for the city itself. When Arabs controlled Jerusalem, they showed very little interest in the city.
The modern antisemites know this intuitively. They try to separate Jerusalem from Judaism. They want the Old City to become exclusively Palestinian, and call it “occupied” as if anything a Jew does there is illegal. Palestinians especially understand that if they win Jerusalem, Israel loses its heart – it becomes like any other secular nation. Jerusalem is what makes Israel special.
They want to take Jerusalem away from Jews. We won’t let them.
So, yes, the only thing you need to answer the modern antisemites is לשנה הבאה בירושלים.
(From a Twitter thread earlier today)