The globalists are out in force. The propaganda reeks of hysteria on the part of the establishment cabal.

The #BBC constantly refer to #MarineLePen as far right but never describe #Macron as a woke radical progressive. #FrenchElection

The French today have the great opportunity to take a stand against globalist string pullers and a clique of Brussels officials obsessed with power. Deselect #Macron and make Marine #LePen President, Europe is counting on you!

Making her third bid for power, nationalist Marine #LePen has never been closer to the Élysée Palace, an outcome that would send shock waves across the West.

The Economist magazine, owned by Rothschild, threatens the French citizens that they will be destroyed if they don’t vote for Macron, Rothschild’s banker! This is sick!

7 News describing Marine Le Pen as “far-right.” If anything that means she needs to be elected over the elitist wannabe dictateur Macron. Ironically, they call this establishment sock-puppet a “centrist”.

If I was a Frenchman, I would be voting for Le Pen despite the entire establishment in France and abroad telling me I’m wrong in doing so. I know what’s at stake. I’m putting France first. No Macron, No Zelensky, no WEF, no globalism. Vive la France! 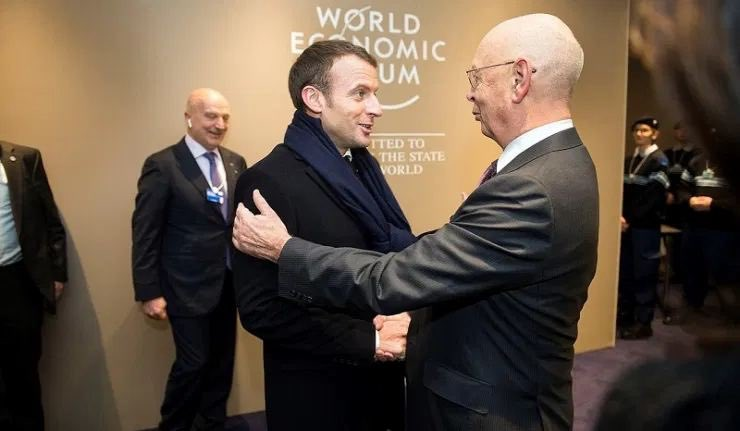 “We have politicians, we have many governments around the world that serve our agenda, we have the media ..” Klaus Schwab #GreatReset
.
f you vote for #Macron I hope you remember your vote when in the next protest the police beat the living shit out of you. Remember your vote when the boots of the state trample over your companions whose only crime is asking for a beter life. Vote #LePen 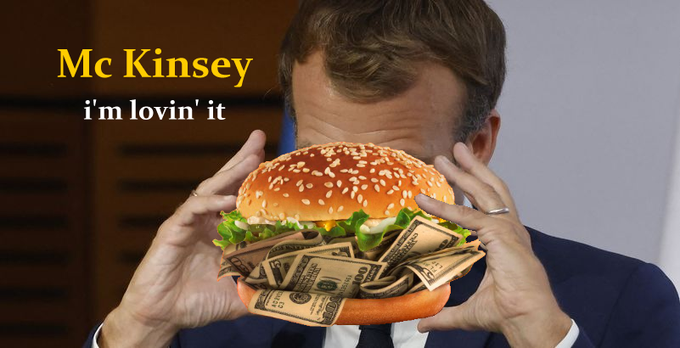 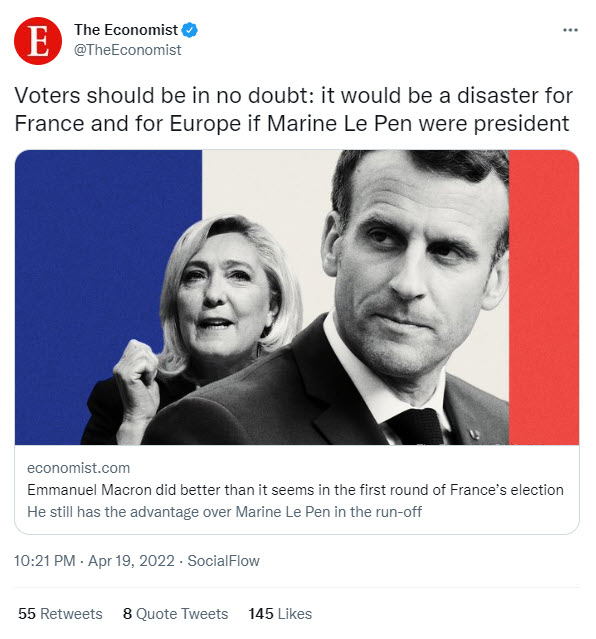 How typical! The globalist cretin threatens “civil war” if Mohammedans are not allowed to force their women into the hideous shrouds. Anyone who subscribes to this mindset is mentally impaired.

Police beating a defenceless person on the ground for the crime of protesting for freedom.

For the 32nd Saturday in a row, Parisians took to the streets to demand the end of COVID restrictions & vaccine passports. Except, this time, the police joined the protesters. Take a look. pic.twitter.com/GTRXzGUjBo