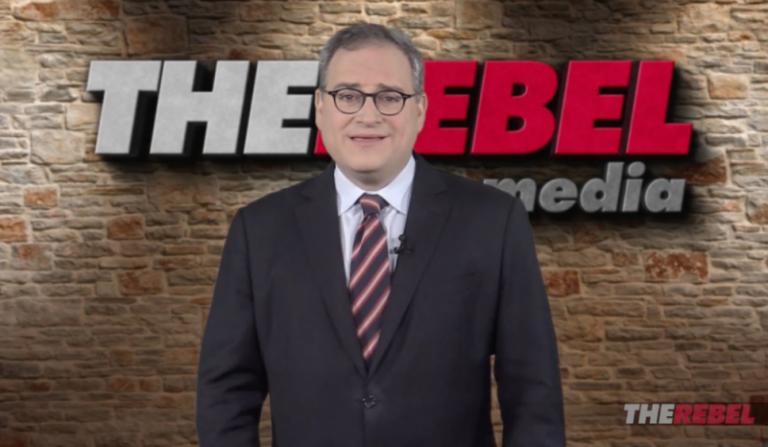 Outside of news organizations and reporters, I’d guess that most people do not know that the Canadian government has established what it likes to call an “independent advisory board” to decide on the question of what is or what is not a “qualified Canadian journalism organization” (QCJO).

Before getting into what being designated a QCJO means, for news outlets and subscribers to them, I’d like to pause on the phrase itself, and the power to apply or deny it. My interest in doing so arises from the recent decision from the Independent Advisory Board on the Eligibility for Journalism Tax Measures on the status of Rebel News, which gave out a curiously precise evaluation of that doughty organization:

“A review found that less than one per cent of the content meets the criteria for original news content as required by the act.”

So the first thing to ask is obvious: is it not strange that in a democratic political system, authority has been granted to a government department to define what it will treat as journalism?

I am awaiting the tempest of outrage and rebuttal from every newspaper, television and radio station, the Canadian Association of Journalists, Journalists for Free Expression, every journalism school and journalism professor about this gross assault on the free press.

I am waiting for them to take a concerted stand in support of their journalistic colleagues at Rebel News, under the long understood principle that an attack on any member of the press is an attack on all. In particular, I await the unanimous support of the Ottawa press gallery, the most prestigious guardian of press independence.

There are political systems that do, in fact, assume the right to define or control the press. Autocracies and dictatorships cover the field, and we surely do not wish to see Canada fall into those drear and cruel categories.

We have seen from the earliest days of journalism, almost from the birth of the printing press, attempts at censorship, curbs on publishing and determined efforts to bridle or silence news and comment.

What student of reportage does not know, or have framed on their study wall, the great manifesto on independent publishing by the heroic John Milton, “Areopagitica”? Written way back in 1644, its vivid defence of unfettered publication has been rightly described as “among history’s most influential and impassioned philosophical defences of the principle of a right to freedom of speech and expression.”

Milton’s splendid arguments about the importance of liberty of thought and expression still apply.

Do I need to add that it is not necessary for other journalists or news organizations to agree with Rebel News, to admire or esteem its style or approach, in order to come to its defence, when the very principle of a free press is being invaded by the national government? A genuine free press does not depend on taste, nor is it contingent on one’s views about a competitor.

Now let us turn to this most curious determination of the “independent” advisory board that only one per cent of Rebel’s content can be seen as original reporting. What an eerily precise measurement of a staggeringly imprecise subject. And this came after what Ezra Levant claims was a one-year review of Rebel’s output.

This ruling on Rebel is extremely tendentious, and as the always judicious Lorrie Goldstein observed on Twitter: “The issue is not whether one agrees or disagrees with the content of a media organization. (The) issue is the CRA’s bizarre definition of what qualifies as a media organization.”

One thought on “What right does the government have to judge Rebel News?”