“People are, quite rightly, asking why they should fund the upkeep of public parks if they are not allowed to enjoy or even photograph them. Why should a racist level of bureaucracy receive a single cent of public money?” – my latest in the @SpectatorOz 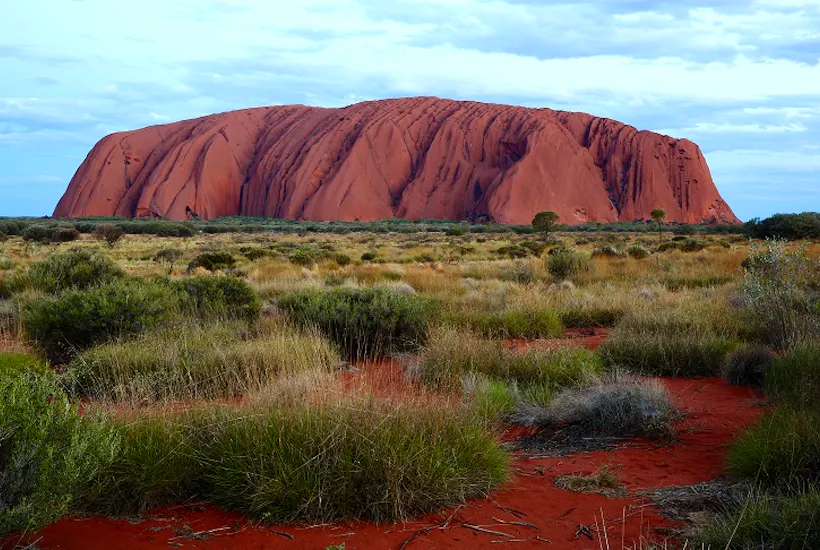 Imagine telling a Brit of migrant origin that they’re forbidden from visiting the White Cliffs of Dover because they are a spiritually important geological feature – or that anyone with the wrong skin colour looking at them would cause distress and offence. What about if all non-white tourists were banned from Stonehenge because those who aren’t indigenous to the area are somehow violating the spirit of traditional ownership and tarnishing the land with their presence? How about a ‘welcome to country’ to all migrants every time they enter a public hall?

Yeah, I can hear the court cases and media outrage already. What unbelievable racism!!! White supremacy!!! How dare you offend migrants!!! They are just as British as anyone else!!! The press would cry, and they would be right, yet the conversation is identical to what is taking place in Australia. 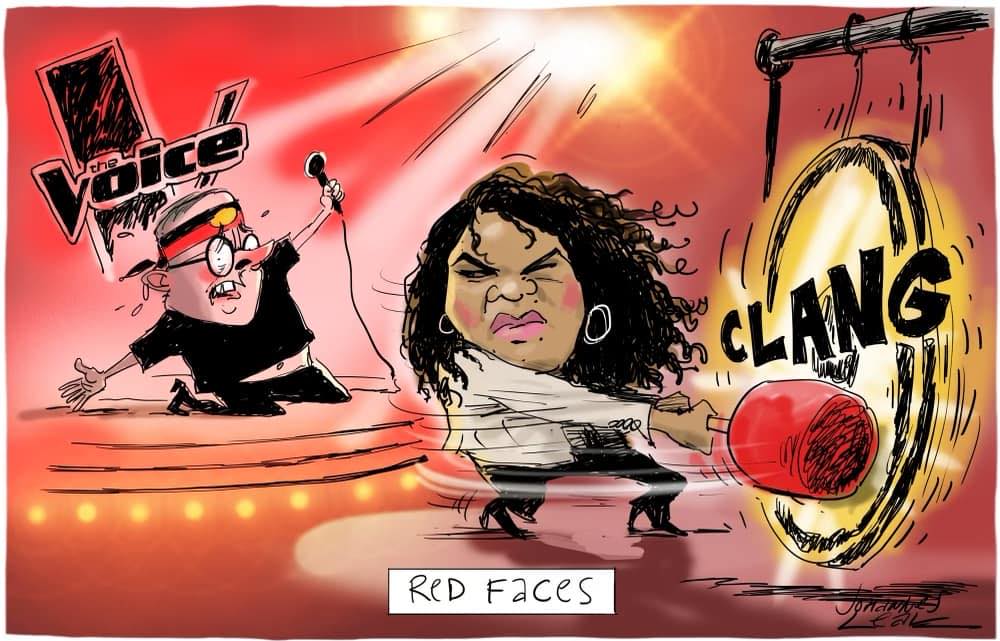 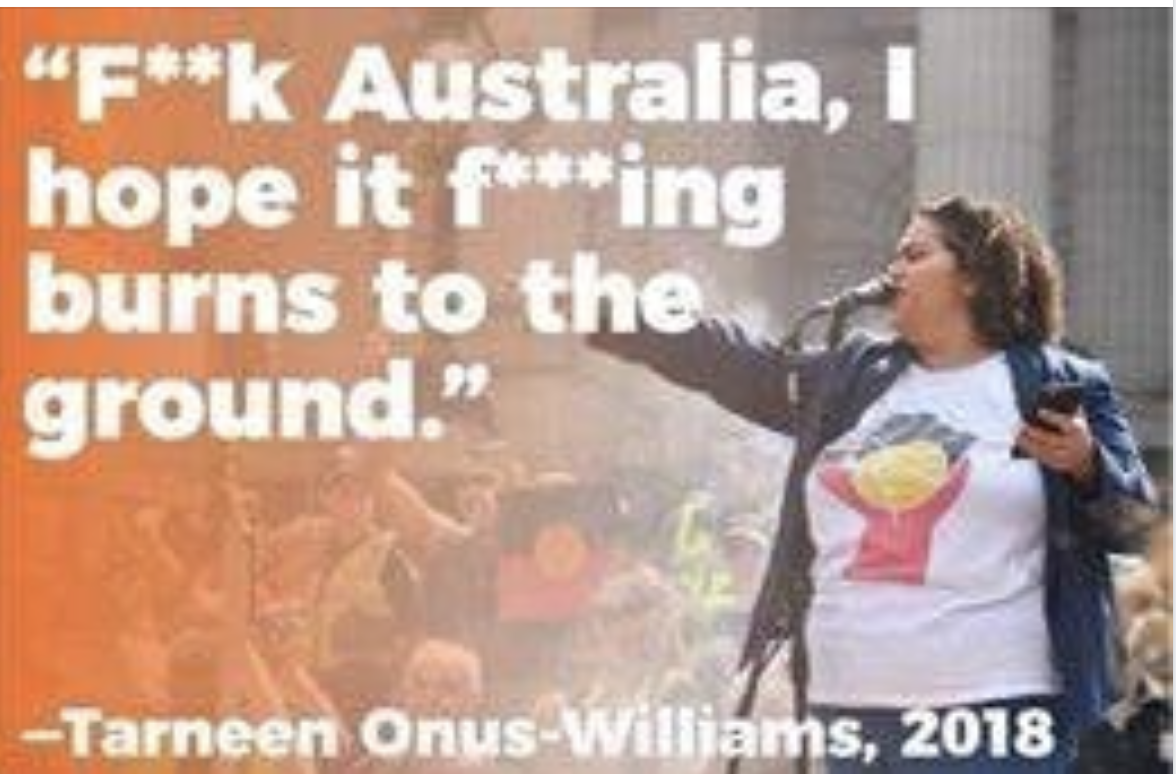 Dan Andrews says:
"It is important that everyone across our State knows about the works of the Prophet Mohammed, Peace be Upon Him" pic.twitter.com/ZPzuvJOoSi

Will the kiddies learn how Mohammed married a 6 year old when he was 53 and that the marriage was consummated when she was 9 years old? That part?

Dan Andrews forced Essendon into firing their CEO because he belonged to a conservative Christian church, but he uses taxpayers money to spread the teachings of Muhammad throughout the state.

White Brits are the Indigenous owners of the UK, but they’d be laughed at if they asked for special consideration surrounding their culturally sacred sites. There’s an assumption that Brits – or anyone of European descent – aren’t entitled to a connection to the land or their ancestral places. They’re stuck in racial purgatory because they – alone of all conquering civilisations – must suffer the loss of their identity as penance for dragging the world into the modern era. It doesn’t matter how terrible the sins are of other nations (plenty of which make Europe look like a panda petting zoo), the collectivists want to destroy Western dominance and they’ve decided to use imagined race politics to do it.

For a nation to maintain civil peace and cohesion, there is an understanding that all citizens are equal. Public spaces – such as National Parks – are the property of citizens to be funded by, looked after for, and enjoyed by everyone. Australians are entitled to feel a spiritual connection to their homeland, regardless of the colour of their skin. To suggest otherwise is outright racism and shame on the Liberal Party for failing to stand against Labor and the Greens on this issue that will see the children of this country ranked like a Bunnings paint chart. A sensible person would expect parents to be horrified at their children being saddled with the crimes of people who share their skin colour, but plenty of inner-city affluent families see the sacrifice of their children’s innocence as some kind of social purification. They love watching their children being punished.

The argument that a person’s DNA defines their affinity to the land is nonsense. A ‘white’ person born in Australia, who works the land and spends their whole life in the bush, will have a deep spiritual affinity. They will not have some kind of mystic connection to a country in Europe that they’ve never been to simply because, five generations ago, a distant relative was born there. It makes about as much sense as claiming Aboriginal Australians have a spiritual connection to Africa (instead of Australia) because Africa is the true origin of their genetic ancestry and a place where their elders spent millions, rather than tens of thousands, of years. After all, if we want to play the idiotic game of counting ancestors, all of us spent more time together in Africa than in any other place in the world.

Race politics is a political weapon brought out by the worst regimes as a way to divide society and scam money or power from whichever ‘race’ is being demonised. If our political class had any moral strength, this sort of behaviour would qualify as a crime.

Parks Australia was set up as a benign organisation to take care of national and marine parks, but recently they have turned into the Race Police, locking Australians of the wrong colour out of their publicly funded shared environments.

As an organisation, they have already been savaged by people old enough to remember how much better Australia’s parks did when they were open to the public and managed properly. The ‘lock up’ policies remain widely blamed by people who live around national parks for being the true cause of huge bushfires (that politicians wrongly attribute to climate change) due to poor maintenance of fire trails, the banning of grazing animals, prevention of farmers managing burn offs, and general poor upkeep by park rangers. Of course, Parks Australia gets really nasty when they are criticised by the public, but tough luck – they deserve it. Coastal areas in particular have seen the loss of their native wildflower fields due to management failing to maintain the regular burn-offs required to preserve the habitat with political concerns for ‘koala habitats’ drowning out any reasonable discussion.

Since then, Parks Australia have progressed from locking Australians out of public land due to ‘wildlife protection’ and are engaging in race-based lockouts justified by ‘honouring spiritual connections’ to the land by small Indigenous groups.

These public parks are paid for – and previously enjoyed by – all Australians, but now places like Mount Warning have been locked down. Closed during the pandemic (for reasons that are obviously complete nonsense), the park never re-opened to the public and has been renamed. Not only are people of the wrong race forbidden from walking the previously public track frequented by 120,000 people a year, but Australians are also banned from taking photographs – photographs! I bet Google Maps isn’t stopped from taking satellite imagery of the park.

As one person wrote on Facebook, ‘The whole of Australia will be deemed cultural land before too long, and we won’t be able to climb any mountain or cross any river. Disgrace.’ This sentiment was repeated by another who wrote, ‘My culture says I will climb that mountain whenever I feel like it. Sick of this over-regulated country … time to start giving the finger to authority.’

There are plenty of other similar comments. One might say that Parks Australia is one of the chief bodies responsible for sparking racial tension between Australian citizens by actively discriminating against them.

People are, quite rightly, asking why they should fund the upkeep of public parks if they are not allowed to enjoy or even photograph them. Why should a racist level of bureaucracy receive a single cent of public money?

Mount Warning is a natural geological feature. It was not built by a single Indigenous hand. As such, it is the joint property of all Australian citizens – a shared ancestral land for all who call themselves Australian. That was why national parks were set up in the first place. Any group that claims it is culturally unsafe or offensive to allow another person to visit due to their race – is racist. It is a sentiment that cannot be justified and should instead be openly shamed by all decent and moral people. Imagine if someone banned Indigenous people from climbing the Harbour Bridge because it would be ‘culturally unsafe’. Those times are gone, and allowing Indigenous groups to resurrect racism for political privilege and money is – as one Facebook user wrote – a farce.

Which brings us to what we might hope is the last straw.

Recently, Parks Australia sent out a letter of demand to the Herald Sun wanting them to remove a cartoon of Ayers Rock (Uluru). The cartoon by Mark Knight showed Ayers Rock looming over Parliament to symbolise the coming Voice to Parliament referendum.

Parks Australia attempted to say that drawing the national (and natural) geological feature violated its media guidelines surrounding ‘sensitive and sacred sites’ without a permit.

‘These artworks do not have media permits and breach media guidelines. To comply with the EPBC Act, media guidelines, ICIP (Indigenous Cultural Intellectual Property) laws and show respect for Anangu land and culture, we ask that you remove any artwork breaching these conditions and showing Uluru.’

A permit. To draw Ayers Rock. Most Australians were outraged to discover that such a ridiculous guideline existed and demanded Parks Australia explain itself.

To be frank, most people told Parks Australia to ‘get f—d’ or some variation on the theme of unprintable outrage.

The permits were meant to ‘protect Anangu against inappropriate use and benefits to others from the commercialisation of their Indigenous Cultural Intellectual Property’. What, like the decades of Tourism Australia ads that dug the regional community out of poverty? That kind of commercialisation? Before commercialisation, no one cared about locking people out of Ayers Rock because there was no guilt-money in it. If anything, the actions of Parks Australia is a form of commercialisation by gate-keeping licenses to draw the rock.

‘Staff sent Mr Knight an email about the Uluṟu-Kata Tjuṯa media guidelines which was not appropriate. It isn’t a request that should have been made and we apologised for the error.’

An error or an embarrassment? Legal demands are rarely sent ‘by accident’. Someone made a conscious decision to draft it, pen it, approve it, and hit ‘send’.

Telling a cartoonist that they cannot draw Ayers Rock is pretty close to banning images of Mohammad. Roping off sections of culture for ‘special groups’ is not just a slippery slope – it’s a nightmare cliff that ends in division, hatred, and animosity.

‘It made me feel like I had done something wrong. I thought it was a very nice image and low and behold, ironically, I was asked to take it down,’ said Mr Knight.

That’s the point of race politics. Australians are being made to feel like they’ve done something wrong by enjoying an afternoon on their favourite walking track – or taking a selfie in the middle of the bush. It’s the art of creating outrage out of nothing and then shaking the collection bucket for reparations.

Alexandra Marshall is an independent writer. If you would like to support her work, shout her a coffee over at donor-box.