How does the far left survive in this country? They areÂ so hateful, so harmful to the nation, it is amazing they have any platform at all. If you oppose gay marriage, you’re a homophobe. If you want a secure Southern border, you are anti-Hispanic. And now, if you think building a mosque two blocks away from Ground Zero is inappropriate, you are intolerant, an anti-Muslim bigot.

Krauthammer on Pelosi’s Mosque Comments: “I’m Trying to Decide if Her Statement Was Out of Malice Or Pure Lunacy… I’m Going With Lunacy” (Video)

9/11 Mosque Imam: Wonders Why Opposition So Hostile, When America’s Children and Grandchildren Will All Be Muslim Anyway!! [Video]

(Actually, it was his wife, the equally deceitful and duplicious Daisy Khan, who said that…)

Ed Koch sounds a bit senile and misses the Imam Feisal Abdul Rauf & the Muslim Brotherhood ‘Born in Kuwait in 1948, Feisal Abdul Rauf is the Imam of Masjid al-Farah, aÂ New York CityÂ mosque. He holds aÂ bachelor’s degreeÂ in physics from Columbia University. His father was the late Muhammad Abdul Rauf (1917-2004).’ http://thewestislamandsharia.blogspot.com/2010/08/imam-feisal-abdul-rauf.html from above link his father..

‘Dr. Muhammad Abdul Rauf (1917-2004), was an Egyptian contemporary of Hassan al-Banna, founder ofÂ the MuslimÂ Brotherhood. He was a professor at Al-Azhar University until 1948; in 1965 he moved toÂ New York, where he purchased â€“ with $1.3 million in funding from Kuwait, Saudi Arabia, and Libya â€“ a plot ofÂ Manhattan real estateÂ to serve as a site for a large Islamic Cultural Center (ICC) whose construction was bankrolled by sources in 46 Islamic nations — all members of the Organization of the Islamic Conference. Construction of the ICC did not begin until 1984. Alyssa Lappen explains the reason for that long delay: “[Muhammad] Rauf withheld information on the Islamic donors until 1984. Only after wrangling for permits for 20 years did Rauf begin construction â€” at that point, funding sources no longer mattered as construction became a fait accompli.”

See, its all our fault, sez imam Rauf:

Just curious: who shut up Michael Savage? The Salvation army? That’s Â what he used to say, here. What have you heard from him lately?

The folks from Frontpage must be reading Winds of Jihad:

Beck knows America. He understands our great nation better than most, but he does not know very much about Europe. This occurred to me today when heÂ called Geert Wilders aÂ fascist, which, he explained, was the same as “far right” in the European context. What Glenn Beck fails to understand is that Geert Wilders defies categorization by European standards, which are so far to the left that they would require a dictatorship to enforce if Europeans weren’t complacent to the point of utter submission.

Here’s Breitbart with GOP Rep Issa. But is Issa a shill for Hamas or not?

Geert Wilders is your typical liberal in the Pat Condell/Ron Radosh sense of the term. He believes in human rights and the rule of law, but like his hero Winston Churchill, he believes in big government, the nanny state, and enormous unsustainable entitlement programs. It would never occur to him legalize firearms or privatize the medical system. He’s more Evan Bayh than Mussolini.

Here’s the key difference between Europe and America: liberty. Europe never had it. They used to enjoy basic human rights such as relative freedom of speech and freedom of religion (which Jews and Christians no longer enjoy, as Beck is aware â€“ watch the second video below), but never the right to bear arms and anything resembling free market capitalism. The last two probably never occurred to Wilders. He’s fighting for basic human rights â€”Â against fascism.

END_OF_DOCUMENT_TOKEN_TO_BE_REPLACED

This month, I wrote aÂ columnÂ outlining two exceptions to the no-torture rule: the ticking time bomb scenario and its less extreme variant in which a high-value terrorist refuses to divulge crucial information that could save innocent lives. The column elicited protest and opposition that were, shall we say, spirited.

And occasionally stupid.Â Dan Froomkin, writing for washingtonpost.com and echoing a common meme among my critics, asserted that “the ticking time bomb scenario only exists in two places: On TV and in the dark fantasies of power-crazed and morally deficient authoritarians.” (He later helpfully suggested that my moral deficiencies derived from “watching TV and fantasizing about being Jack Bauer.”) Â

END_OF_DOCUMENT_TOKEN_TO_BE_REPLACED 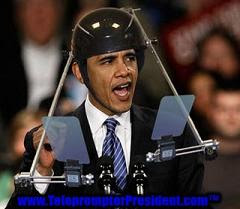