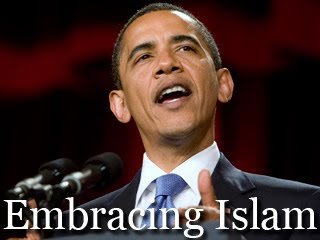 “America is often portrayed as an ignorant, unsophisticated sort of place, full of bible bashers and ruled to a dangerous extent by trashy television, superstition and religious bigotry, a place lacking in respect for evidence based knowledge. I know that is how it is portrayed because I have done my bit to paint that picture…” BBC’s Washington correspondent Justin Webb

Melanie Phillips: Obama preparing to throw Israel under the bus

The incomparable Melanie Phillips analyzes the “moral sickness of the West” as it plays out in Obama’s looming betrayal of Israel. “Obama prepares to throw Israel under the bus,” inÂ The Spectator, May 6

Here is today’s Which-Side-Is-Obama-On Alert: “U.S. Importing Somali ‘Pirate-Jihadists,'” by David A. Patten forNewsmax, May 6 (thanks to JW):

US Republicans seek to block Obambi’s Gitmo releases into US

WASHINGTON (AFP) â€“ Top House Republicans announced Wednesday they would unveil a bill aimed at blocking the transfer or release of detainees from theÂ Guantanamo Bay facilityÂ for terrorism suspects into the United States.

Remember during the campaign, when he claimedÂ over and overÂ how much of a devoted Christian he was? Since taking office he’s only been to church once,Â on Easter…..

Sure they won’t. Except for the terrorists that he deemsÂ may not be terrorists.

The Hand of Appeasement/Melanie Phillips says Obama is throwing the Iranian people under the bus.

America “Enriched” by Islam?Â Â (Right Truth)
Obama appears determined to be an even bigger dhimmi than George W. Bush.

Will Islam Return Obama’s ‘Respect’?Â Â (WSJ)
“If Islam won’t let its leaders give basic rights to a handful of ancient Christians, there is no hope for what Mr. Obama proposed this week in Turkey.”

The United States of Apology

PRESIDENT Obama, can you please stop apologizing for me?

END_OF_DOCUMENT_TOKEN_TO_BE_REPLACED

The anger is getting raw at Republican rallies and John McCain is acting to tamp it down. McCain was booed by his own supporters Friday when, in an abrupt switch from raising questions about Barack Obama’s character, he described the Democrat as a “decent person and a person that you do not have to be scared of as president of the United States.”