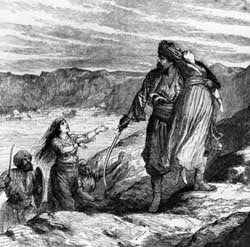 Local reports said the abduction, which took place near Aswan, was carried out by tribesmen or bandits.
Egypt’s tourism minister said a ransom had been demanded and negotiations were under way. A ministry statement said: “This is an act of banditry not of terrorism.” The German and Italian foreign ministries confirmed that five nationals from each of their countries were among the group.

Both said they had set up crisis teams to deal with the incident. The German ministry said its nationals had been missing since Friday. Egyptian media, citing security sources, are reporting that the four Egyptians taken were two tourist guides, a driver and a border guard.

The four Egyptians taken are just unwanted baggage, it’s highly doubtful that they are being ransomed. No doubt the money will flow and the kidnapped people will be more than likely released, even the kidnappers are not that stupid. They need to keep their bread and butter trade open, murdering the their prey would be bad for business.Â KGS