A Giant Mosque for Marseilles

For a long time there has been talk about a giant mosque to be built in Marseilles in the department of Bouches-du-RhÃ´ne. Now, the project is several steps closer to becoming a reality.

A Turkish Future for Alsace Lorraine?

From the desk ofÂ Tiberge/Brussels Journal

There is anÂ article, with numerous links, posted by Joachim VÃ©liocas at his websiteIslamisation. It concerns the Turkish population ofÂ Metz, capital of the Lorraine region in the northeast of France, and its hope for a giant mosque of its own, despite the many prayer rooms that already exist in the city. The article is based on a report in the dailyRÃ©publicain Lorrain, dated February 20, that discusses plans for the mosque, focusing on comments made by the leaders of five Turkish associations of the city of Metz. Each of these associations hopes to manage or co-manage the projected mosque. One of the associations is the Islamist Milli GÃ¶rÃ¼s party, whose founder, the former prime Minister of Turkey Necmettin Erbakan, was forced out of power in 1997 by the Turkish military and by the constitutional court that found him too radical.

According to VÃ©liocas, Milli GÃ¶rÃ¼s, is spreading with impunity throughout France, while the Interior Minister does nothing to stop it:

The term “milli gÃ¶rÃ¼s” means “national religious path” and the movement is classified as “fundamentalist Islam” by German intelligence services. The former minister from Lower Saxony, Sigmar Gabriel, places it in the same category as Hamas, and says that it counts among its members Bin Laden supporters. An internal memo from Milli GÃ¶rÃ¼s, discovered by the German Interior Ministry in 1999, reads:
Â
“The Community (i.e. the Turkish community) is a means working for an end â€“ the end being to Islamize (German) society.”
“Milli GÃ¶rÃ¼s is a shield that protects our compatriots from European barbarity.”
“Democracy is a Western error.”
Â
Â The Milli GÃ¶rÃ¼s logo looks ahead to the future: a white crescent on a green background – color of hope and of Islam – that covers the map of Europe. Their plan is to restore the Caliphate… in Metz! 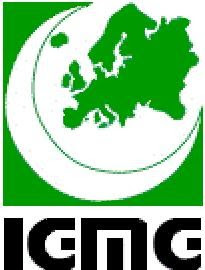 The city officials will meet as a steering committee on March 4 for the initial phase of talks and to lay the groundwork for a vast construction, that of a giant mosque. […] Before the giant mosque there were the existing prayer rooms. They are almost all too small, but the associations do not want to abandon their own plans for extensions. Ahmed Duman, president of the Turkish cultural center, is adamant (about keeping his own plans to enlarge his prayer room): “I cannot carry out my plans there. A big mosque with offices for everyone will be like a housing project with apartments. […] We want our own place! […] We have already spent 25,000 euros studying architects’ plans. The previous city administration had found land for us[…] Why did they freeze our project? The city officials and the steering committee must show good faith regarding our projects and the projects of all the associations.”

The above comment by Ahmed Duman and several others cited by VÃ©liocas all point to the fact that these Turkish community leaders want BOTH the new giant mosque AND an extension of their own prayer rooms, so they can work in peace in their own space, and enjoy the benefits of a larger mosque as well.
Â
How do they perceive the future giant mosque?

For GÃ¼ngÃ¶r Ibili of Milli GÃ¶rÃ¼s: “It must be well located.”

“It must be a place where the young can really receive an education, a place both to work and relax. With social opportunities. And why not a restaurant? I see a big, big building.”
“The older folks should not have to go far. It must be close to the city, a place that allows for a better understanding of Islam, a place for exchanges and encounters.”
“It must be a beautiful place, with easy access, and not far from downtown. It must be visible from the highway. It must present a beautiful image of Metz for all of Europe.”
“I would like a grandiose mosque, 1,000 square meters minimum. A halal restaurant and a library. It must not be far away. City officials must choose the spot. We are encouraging imams from ChÃ¢teau-Chinon and from Paris.”

VÃ©liocas points out that the last comment was made by Mohammed Kaddouri, whose own “cultural center” was entirely financed by the UMP mayor of Woippy, FranÃ§ois Grosdidier. He also notes that the school for imams in ChÃ¢teau-Chinon belongs to the UOIF (Union of Islamic Organizations of France), an Islamic association that is very close to the Muslim Brotherhood.
Â
French readers can consult thisÂ articleÂ by VÃ©liocas on the mosque in Woippy. And this longarticleÂ from 1995, on the infiltration of Milli GÃ¶rÃ¼s in Germany, originally published in German inÂ Die Zeit.Â WoippyÂ (Wappingen) is an ancient town that dates from the Gallo-Roman period. Near Metz, in Lorraine, it had a population of 13,755 in 1999.
Â
Joachim VÃ©liocas closes with a rhetorical question:

When will there be a parliamentary investigation into Milli GÃ¶rÃ¼s and the UOIF in France? If imams can come into France from Turkey, Turkey itself refuses the visas of foreign priests on its territory. There has been an insidious religious cleansing in Turkey where Christians were 20% of the population (in 1910) and are only 1% today.

Prime Minister Recep Tayyip Erdogan has longÂ emulated Vladimir Putin, with a commitment to democracy which lacks credibility and is increasingly for external consumption only.Â  Today, just as has Mr. Putin or, for that matter, Hugo Chavez in Venezuela, Mr. Erdogan has begunÂ launching spurious lawsuits against leaders of the political oppositionÂ for having the audacity to criticize him.

One thought on “Mosque Watch”