From the New York Times

A luxury hotel and an office complex housing foreign companies in Nairobi came under heavy attack by Shabab jihadists on Tuesday, on the eve of a verdict in the trial of 4 men charged with helping the group stage a similar assault 5 years ago 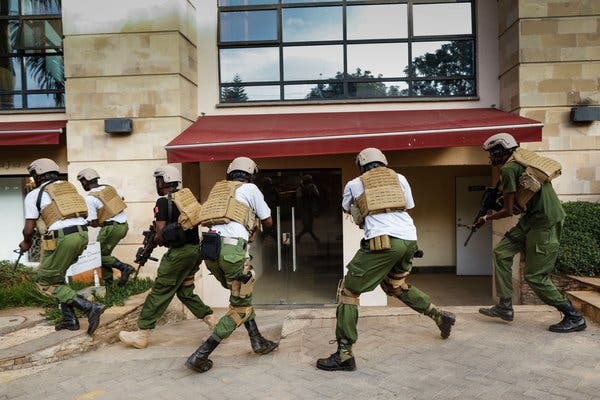 Assailants identified as Shabab jihadists attacked a Nairobi luxury hotel and office complex on Tuesday, spreading death and panic as the police in Kenya’s capital evacuated civilians and sealed off the area.

At least one person was confirmed killed and 15 wounded in the assault, the authorities said, but the death toll appeared to be higher based on news-service photographs taken at the scene showing at least four bodies splayed on a restaurant terrace. 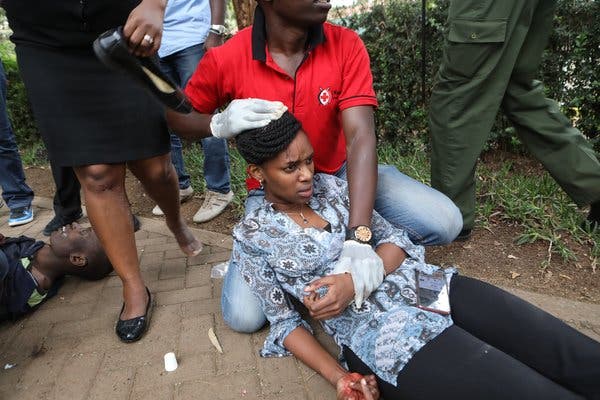 The KTN News Kenya service said at least five people were killed. Others said the death toll was at least seven.

One attacker was a suicide bomber, the police said, detonating an explosion in the lobby of the seven-story DusitD2 Hotel. The number of other assailants, armed with grenades and guns, was not clear. Security camera footage released to local media outlets showed at least four armed men in the complex.

The police warned it was possible that some of the assailants were still inside Nairobi’s 14 Riverside Drive complex, which includes the hotel, part of a Thai-owned international chain. By late evening, however, the Interior Ministry said the complex was safe. 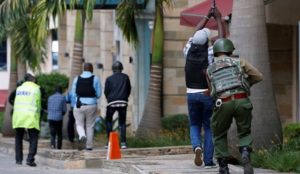 Police and anti-terrorist forces were fighting to regain control of a hotel and office complex in the centre of the Kenyan capital after it was seized by gunmen.

Witnesses in Nairobi said four armed men had rushed into the DusitD2 compound, which includes a hotel and several office buildings housing international companies, at about 3pm on Tuesday. Sustained automatic gunfire and explosions were heard shortly afterwards.

One man came out covered in blood as students were evacuated from a nearby university building. Four ambulances and a fire truck arrived at the scene as fleeing office workers told reporters their colleagues were still huddled under their desks.

The attack bore many of the hallmarks of a terrorist operation and was being described as a terrorist incident by police at the scene.

According to media reports, al-Shabaab, the Islamist extremist organisation based in neighbouring Somalia, has already claimed responsibility. Al-Shabaab was responsible for a bloody attack in 2013 when gunmen stormed Nairobi’s Westgate Mall, killing at least 67 people….