Uber is -obviously- a very pro Moslem organisation. A friend of mine got into an argument with a Moslem Uber driver.

He complained to Uber and asked them not to send him another Mohammedan again and he was promptly banned from using their services. 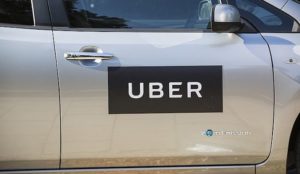 “‘We were furious’: Uber driver rejects couple because of their Christmas ham,” 3aw.com, December 19, 2019:

The couple had been for dinner at their local RSL in Melbourne’s south-east on Tuesday night, and picked up a ham they’d won there a few weeks ago.

They ordered an Uber, but as they approached the car the driver told them the ride was cancelled.

“My husband had it (the ham) in his hand and the boot opened,” stranded passenger Marion told 3AW’s Kate and Quarters.

The driver told the couple he wouldn’t take them home with the ham because he was Muslim,

But when Marion checked her bank account she got a rude shock.

She’d been charged a cancellation fee from Uber for the ride which the driver cancelled!…

Given the propensity of some foreigners to steer vehicles through Christmas markets this time of year, Germans may feel relief to know their bus is driven by a countrymen. But the driver had best keep still about being German. Otherwise, he could lose his job:

He was ratted out on social media, triggering hysterical pearl-clutching. In no time Dresden Transport Company spokeswoman Anja Ehrhardt announced that the driver had been fired.

“We can under no circumstances tolerate such actions,” Ehrhardt said.

One thought on “Australia: Muslim Uber driver refuses couple because they had a Christmas ham, Uber charges them cancellation fee”