As of today you are henceforth banned from advertising in The Spectator, in perpetuity. We will not have companies like yours use their financial might to try to influence our editorial content, which is entirely a matter for the editor. 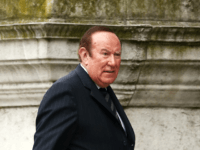 So far, so good. But all in all Andrew Neil is still a limp dick:

Contrary to the accusations from Stop Funding Hate and @Lisa_Fajita, The Spectator is not a particularly hard-right outlet, with much of its output leaning socially liberal and economically neoliberal.

Andrew Neil is also believed to have fired Boris Johnson’s current chief adviser Dominic Cummings from a previous position with the magazine for re-publishing depictions of the Islamic prophet on its website in solidarity with Danish cartoonists being threatened by Muslim radicals, and had them taken down.

It does, however, host some politically incorrect polemicists and intellectuals such as Rod Liddle and Douglas Murray — and this alone appears to have been enough to put it beyond the pale for social justice activists and firms engaged in “woke capitalism”.