The cowards in the Republican Party failed President Trump, miserably.

The majority of Americans want nothing to do with Biden’s Inauguration.

Our president is giving his farewell address to the people and not a single major network is carrying it. Censorship complete. 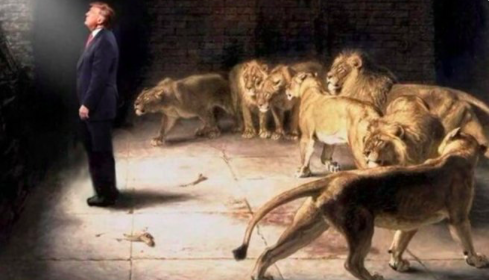 President Trump had a farewell address and no one even reported it. He has been unpersoned.

#Trump didn’t concede because he won the election. The election was stolen and everyone knows this.

So now you can’t be in the military if you are conservative They only take left wing, Democrat scumbags now?

Senate REPUBLICANS are threatening to impeach President Trump if he pardons Julian Assange. This should tell you everything you need to know about our political party — they only care about power and control. Of by and for the career politicians.

For a political mob  that is anti gun and anti wall, they sure bring in a lot of guns and walls for the inauguration.

I don’t ever remember in my lifetime our military being vetted on political affiliation for a presidential inauguration. Why would our Pentagon participate in that?