Who in the f*kc elected a Turk to dictate our energy policies? 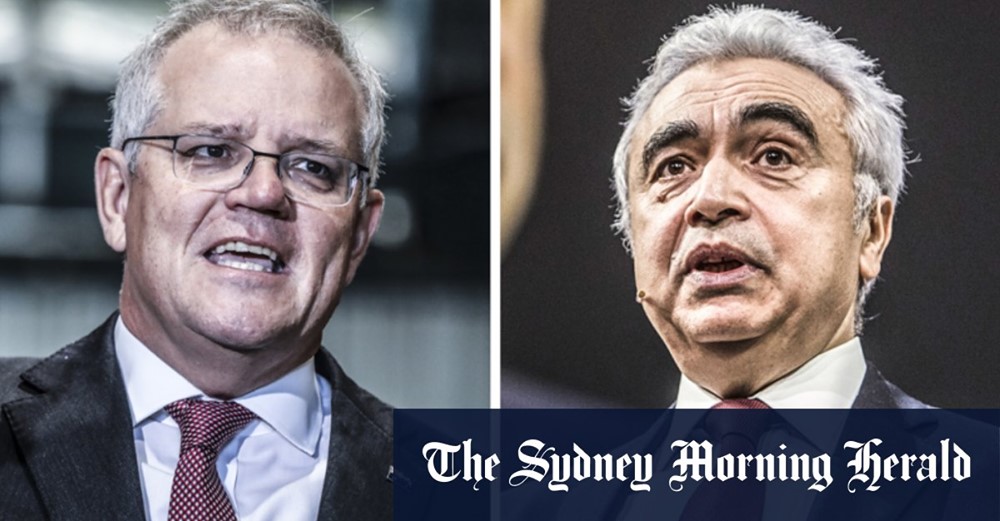 London: The world’s top energy chief says rich countries such as Australia have an obligation to reach net zero emissions earlier than 2050 but fears time is running out to save the planet by ditching coal and other fossil fuels.

However, the International Energy Agency’s executive director Fatih Birol has pointed to the benefits of acting fast, with new modelling predicting the 5 million jobs to be lost globally during a technological revolution over the next decade will be more than offset by new workers in a greener economy.

What a load of horseshiite!

Tim Blair: The Snow is Settled

Tim Blair The Daily Telegraph May 9, 2021
.
According to data from the Finnish Meteorological Institute, the northern snow mass this year is way more than average: Interesting how this can happen during a period of ‘global warming,’ isn’t it? You don’t suppose we’re being played do you? Northern Hemisphere snow mass is an historic 700 gigatons above average. (A gigaton is one billion tons, so that means it’s an historic 700 billion tons above average.)
.
The Institute last year claimed new research methods had cut uncertainty in snow mass estimation from 33 per cent to just 7.4 per cent:
.
For the first time, snow researchers from the Finnish Meteorological Institute in collaboration with Environment and Climate Change Canada have reliably estimated the amount and the trend in the seasonal snow of the Northern Hemisphere between 1980 and 2018.
.
According to the study published in the scientific journal Nature on May 20, 2020, snow mass has remained the same in Eurasia, but decreased significantly in North America …
.
The researchers found that there has been little reduction in snow mass over the 40 years in the Northern Hemisphere when looking at the annual maximum amount of snow at the turn of February-March.
.
However, the extent of the snow cover has decreased significantly over the same period, especially in late spring. The change in the extent of snow cover is visible both on the entire northern hemisphere and in the Arctic …
.
In northern areas [of Asia], where rainfall generally turns to snow in winter, the snow mass has remained the same or even increased.
.
So snow is the same or up in some places and down in others. Doesn’t really seem like much to worry about, does it?
.

In an interview with The Sydney Morning Herald and The Age to mark the release of a landmark roadmap for phasing out coal and slashing consumption of oil and gas, Birol also criticised countries for announcing ambitious emissions reduction targets without a plan to meet them.

The gap between “rhetoric and what’s happening in the real world” was rapidly growing, he warned.

“When I look at all the countries which have come up with targets and commitments, very few of them have credible energy policies put in place.”

The UK government commissioned the agency’s new report ahead of the climate change summit, COP26, that it will host in Glasgow this November. The work was peer reviewed by international experts including Professor Alan Finkel, Australia’s former chief scientist who is now a climate adviser to Prime Minister Scott Morrison.

Slashing pollution in the energy sector is essential because it represents about three-quarters of global emissions.

The IEA roadmap calls for rich economies such as Australia to phase out dirty coal-fired power plants by 2030 – a decade ahead of developing nations. The electricity network should also reach net zero emissions by 2035 in advanced economies compared to 2040 for others.

Birol said there was a misplaced view that 2050 was the deadline for all countries to reach net zero when advanced economies actually had to do it earlier so they can then help others in the final stretch.

“The US, Canada, Europe, Australia, Japan, South Korea, all of them … given their current stage of development and their financial capabilities, I think it is only fair to say that … advanced economies should reach their net zero targets five years earlier than other emerging countries,” he said.

In a warning for Australia’s export industry, the Paris-based agency forecasts global demand for coal will plunge by 90 per cent to make up just 1 per cent of total energy use in 2050.

“As of this year, no new oil, gas and coal investments are needed if we want to reach our targets,” Birol said.

This includes new or expanded coal mines, as well as no new oil fields or gas extraction projects.

Birol also said a surge in investment in renewable energy over the next 10 years would be crucial to the “narrow” pathway still available to keep temperature rises to 1.5 degrees and avoid the worst impacts of global warming.

“Australia has huge challenges but also advantages,” he said.

“Today the share of solar in the total energy mix is 1 per cent. In 2050, under our pathway, it becomes 20 per cent and the single largest source of energy in the world.”

The level of solar uptake needed to meet the agency’s plan is equivalent to installing the world’s largest solar park roughly every day for the next 10 years.

While the report’s focus on using technology to slash emissions squares with the Morrison government’s approach, its call to speed up the shift adds extra pressure on Canberra over climate policy.

The agency is also cool on the idea of expanding the gas industry, as Morrison has proposed.

Morrison wants Australia to “preferably” achieve net zero emissions by 2050 but is yet to take any new policy to the fractious Coalition party room.

Birol said he hoped Australia would embrace a formal net zero by 2050 policy and thought that was the direction Morrison was heading as Glasgow approached.

“It’s a decision of the government but my reading of the Prime Minister’s comments [at a recent virtual summit held by US President Joe Biden] is that they are working to come up with such a plan.”

The Turkish-born economist and energy expert has previously said Australia’s energy debate was “far too emotional, far too nervous and far too hot” and called for calmer heads to prevail.

Asked whether technology alone could achieve net zero emissions in Australia and whether carbon pricing should be on the agenda, Birol said: “Carbon pricing is definitely one of the important options to reduce fossil fuel use, in addition to energy efficiency measures and the incentives for new technology.

“Governments have two jobs: to make the most out of the clean energy options and to reduce the use of fossil fuels. So a carbon price is one of the options that the government may want to make use of.”

Using analysis by the International Monetary Fund, the IEA report predicts 5 million jobs will be lost in the coal, oil and gas industry over the next decade.

However, the analysis finds the clean energy boom could create 14 million jobs while the push for more efficient appliances, electric vehicles and building projects could spark the need for a further 16 million workers.

“But these opportunities are often in different locations, skill sets and sectors than the jobs that will be lost as fossil fuels decline,” the report notes.

“Even where the number of direct energy jobs lost is small, the impact on the local economy may be significant.”

Total annual energy investment would surge to $US5 trillion a year by 2030, according to the report’s predictions, which would put global GDP at 4 per cent higher in a decade than it would otherwise be.

Birol said Australia could be at the forefront of hydrogen, solar and batteries innovation but more financial incentives and price signals were needed.

The report predicts that by 2050 almost half of all emissions reductions will have been generated by technologies only now at the demonstration or prototype phase.

“Government support should be there to give an unmistakable signal to the investors that clean technologies are lucrative options for them,” he said.