More Than 5,000 Woke Teachers Sign Pledge to Teach CRT ‘Regardless of the Law’

Teacher’s union says they — not parents — control what kids learn

Who told these radical FREAKS they get to call the shots?

Who gave them this power?

It’s time to dismantle ALL the teachers unions! NOW!

Throughout much of 2021, conservatives, in both classrooms and in the halls of state legislatures, have been fighting back against the pervasive influence of critical race theory in public schools.

Laws banning the instruction of CRT tenets in public schools have passed in more than 20 states, and there is reason t0 hope that the tide is beginning to turn in the fight for the country’s history and principles.

Unfortunately, the Zinn Education Project refuses to accept defeat, and desires to teach American children that this country was founded upon the “dispossession of Native Americans, slavery, structural racism and oppression,” as opposed to the principles of liberty enshrined in the Declaration of Independence and the Constitution. 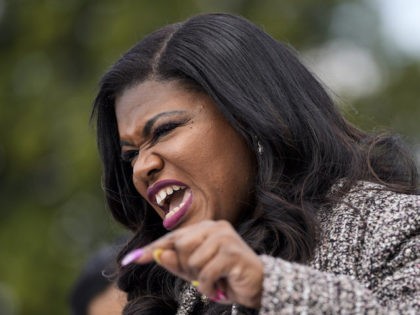 With school efforts to indoctrinate children with Critical Race Theory (CRT) and the growing consequences of pandemic school closures, one thing is clear — parents have had enough.

The organization is named for Howard Zinn, a socialist activist and “historian” who wrote “A People’s History of the United States,” a left-wing propaganda pamphlet disguised as a textbook that has made its way into history classes all across the country.

The Zinn Education Project claims that “from police violence, to the prison system, to the wealth gap, to maternal mortality rates, to housing, to education and beyond, the major institutions and systems of our country are deeply infected with anti-Blackness and its intersection with other forms of oppression. To not acknowledge this and help students understand the roots of U.S. racism is to deceive them — not educate them.”

Furthermore, remaining committed to its mission to identify advocacy as historical education, the ZEP asserts that: “This history helps students understand the roots of inequality today and gives them the tools to shape a just future. It is not just a history of oppression, but also a history of how people have organized and created coalitions across race, class, and gender.”

One of the mainstream criticism’s of Zinn’s book (aside from the obvious), was that it constructed an underdeveloped and linear narrative of meek, one-dimensional oppressed groups fighting against their evil oppressors, who resemble Disney villains more than actual humans.

The ZEP would not educate American children differently.

Now, the ZEP is circulating a “Pledge to Teach the Truth,” which identifies left-wing methods of analysis like critical race theory as “the truth,” and decrees that the signees — all of whom are educators — refuse to be “bullied” into compliance with the law.

“To: State Legislators
From: [Your Name]

“We, the undersigned educators, refuse to lie to young people about U.S. history and current events — regardless of the law.”

So far, according to the Zinn Education Project, the pledge has been signed by more than 5,000 educators in all 50 states, and many of the signees were more than happy to provide their reasons for signing. Needless to say, some of them were quite shocking.

“How can we teach future generations to disrupt systems if we are not willing to speak the truth about the systems?” one wrote.

“Justice and liberation for my students,” agreed another.

Perhaps the most arrogant of all comments was written by one who contended: “Teachers have a right to teach the subjects to the best of their ability without interference from lawmakers who know nothing about professional education.

“We also do a disservice to students when we decide that they cannot cope with difficult or challenging concepts. Calling this teaching indoctrination shows no respect for young people’s cognitive and critical abilities.”

The problem with arguments like that is that when students are being expelled for their parents having “incorrect opinions,” or are publicly shamed for being white, there is no critical thinking or recognition of cognitive abilities involved; it’s indoctrination, pure and simple.

The purpose of education is to teach American children how to be good citizens. That means having a healthy knowledge of the principles America was founded on, the institutions that define it and why those institutions exist the way they do.

None of what conservatives are advocating for precludes informing students honestly about the darker times in American history, like slavery, the Indian Removal Act, Jim Crow and Japanese internment.

After all, as Frederick Douglass said in his landmark July 4th oration “What to the Slaves Is the Fourth of July”:

“… [T]he Constitution is a glorious liberty document. Read its preamble, consider its purposes. Is slavery among them? Is it at the gateway? or is it in the temple? it is neither.

“While I do not intend to argue this question on the present occasion, let me ask, if it be not somewhat singular that, if the Constitution were intended to be, by its framers and adopters, a slave-holding instrument, why neither slavery, slaveholding, nor slave can anywhere be found in it.”

This article appeared originally on The Western Journal.